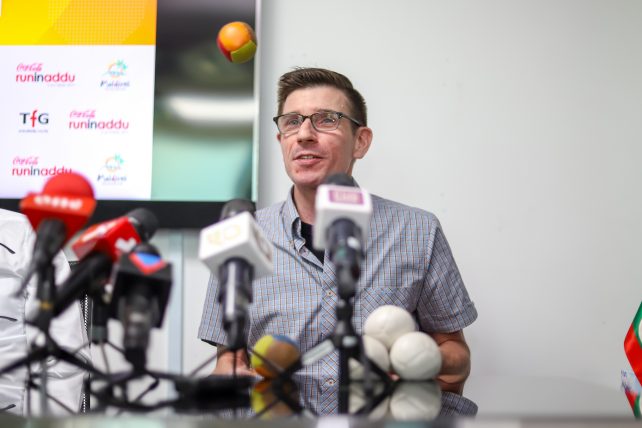 Guinness World Record Holder, Michal Kapral, has arrived in the Maldives on 30th September 2019 upon an invitation given by Maldives Marketing and Public Relations Corporation to set two Guinness World Records in the sport of Juggling and Joggling – running while juggling. The purpose of this trip is to further promote the Maldives to a wider audience and increase the exposure of Maldives on a global platform as well as to promote sports tourism. 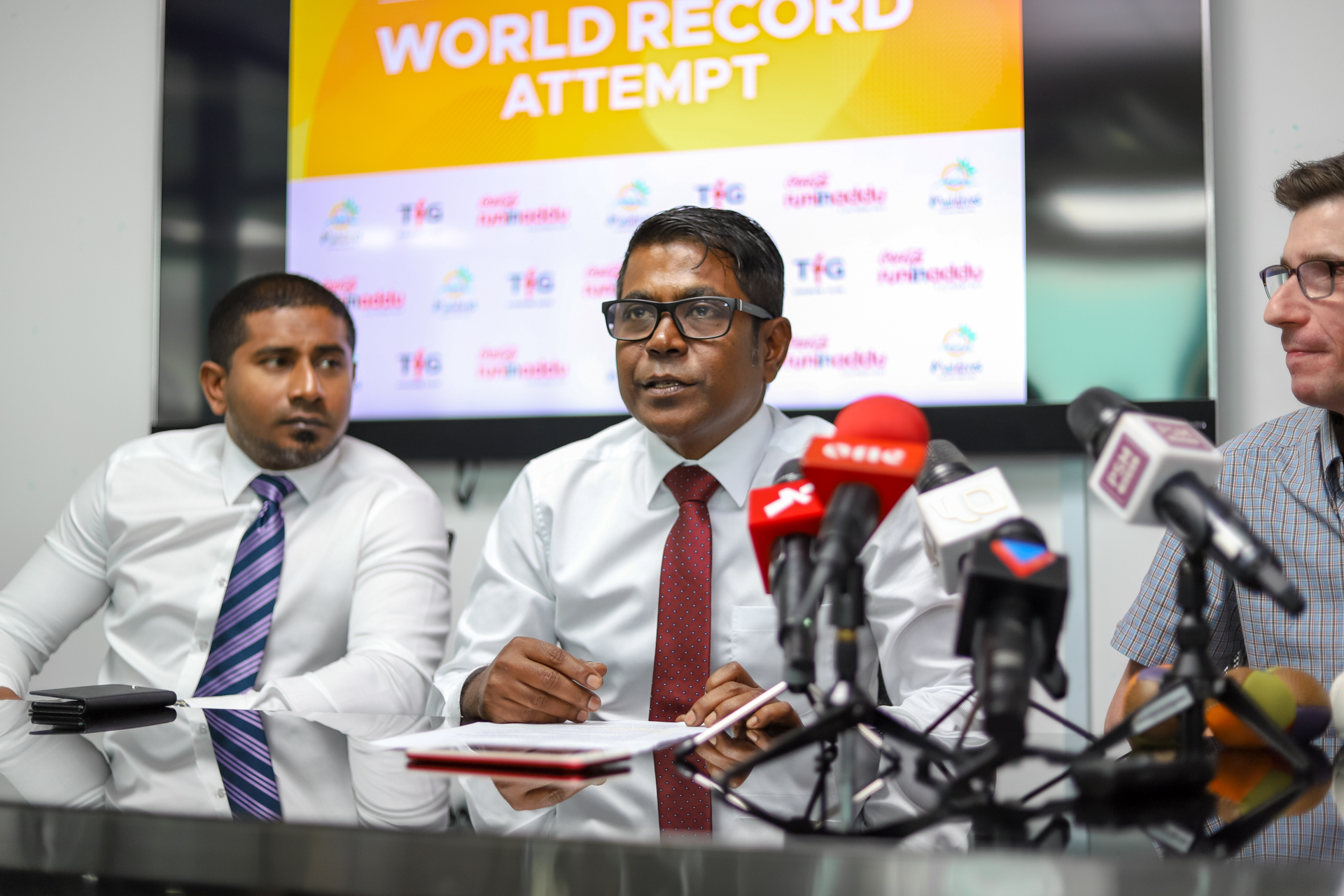 The official press conference was held on the 30th of September 2019 in the MMPRC office. The press conference was panelled by Minister of Youth and Sports Mr Ahmed Mahloof, MMPRC’s Managing Director Mr Thoyyib Mohamed, TFG representative Mr Husein Zinan and Joggler Mr Michal Kapral. During the press conference, the points that were highlighted are as follows. An introduction to the event and the technical details of the world record and of Mr Kapral. Followed by the significance of event-based tourism and the importance of co-branding and promotion of reigions within a destination and how events of national and international significance will attract
local and international tourists. 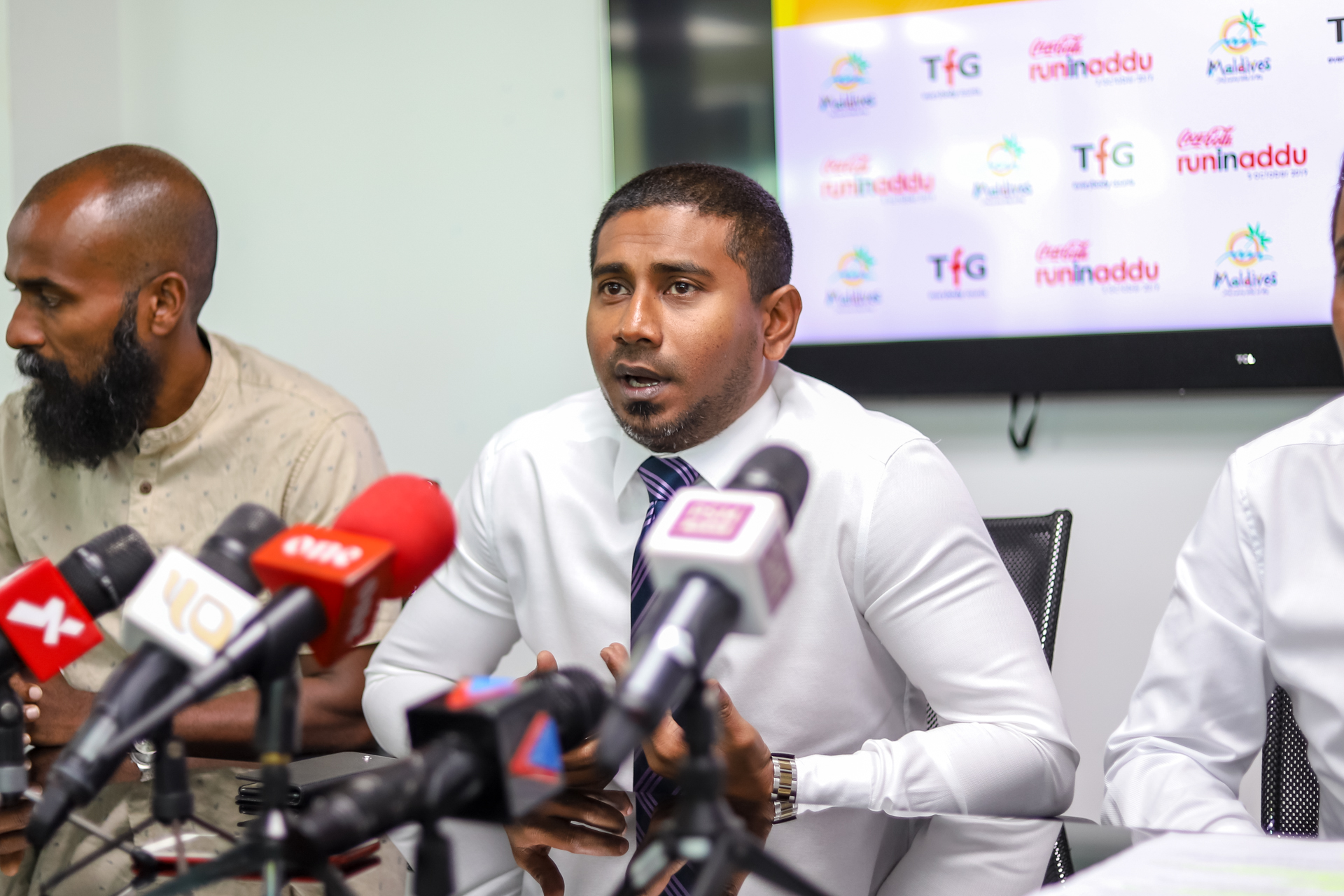 During his trip to the Maldives, Mr.Kapral will strive to become the fastest person to run a 10k while simultaneously juggling four objects during TFG’s CocaCola RunInAddu 2019 on 5th October 2019. His second record-breaking attempt will feature him attempting world record for the most consecutive stairs climbed while juggling three objects which is up to 1,776 steps; equivalent to the height of CN Tower in Canada, one of the tallest buildings in the world. He will attempt this on 11th October 2019 during the Children’s Evening Held in Sultan Park.

His world record attempts will be covered by international media and documented on social media to reach a wider audience. As Mr Kapral is Canadian, this event further promotes the Maldives as a destination to the growing Canadian market. This trip fits into to MMPRC’s marketing strategy to promote the Maldives on a global stage to niche markets specifically to MICE, culture and sports tourists. Based on the Arrival figures from January to August 2019, total tourist arrivals recorded to be 1,134,071, which is an increase of 16.6 % when compared to the same period of 2018. This event is part of a series of marketing activities to promote the Maldives across different countries.