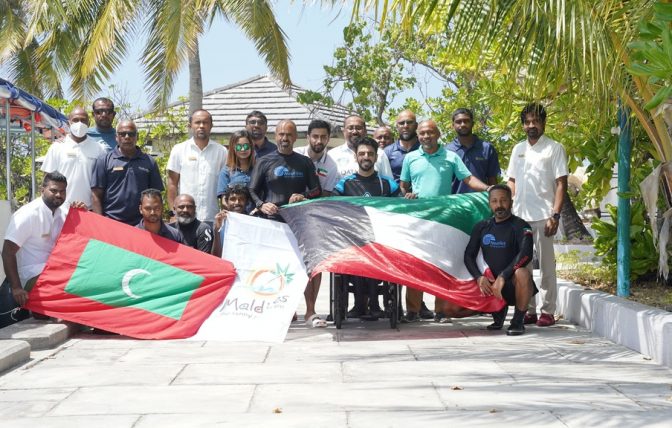 Faisal Al-Mosawi, a diver with kinetic disability, was honored for setting a new Guinness World Record for the fastest time to swim 1km open water (CID2) which he completed in Sun Island Resort and Spa in South Ari Atoll in a matter of 52 minutes 31.14 seconds on 8th March 2022.

He proved to the world that having physical limitations will not stop him from setting a world record. He had achieved his first Guinness World Record title in August 2018 where he had achieved being the fastest 10km scuba diver in Hurghada, Egypt with a record time of 5 hours and 24 minutes.

To aid Faisal Al-Mosawi Sun Islands Dive center, DiveOceanus prepared him for the record breaking swim, and had captured some astounding shots to commemorate this unforgettable moment.