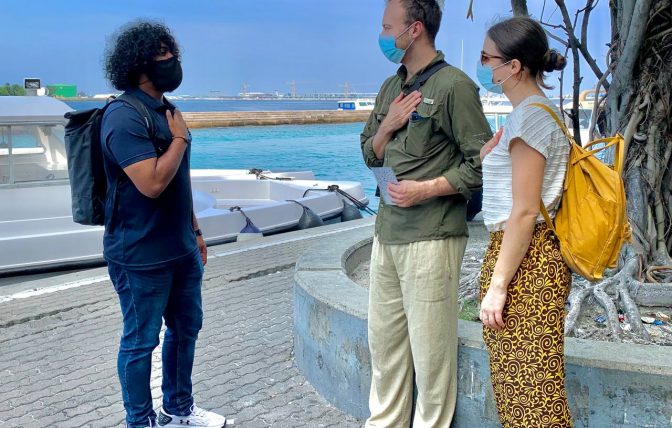 Handy Dhivehi Phrases to Learn Before Your Next Trip to Maldives

If you’re a visitor in a foreign country then you probably know how difficult it can sometimes be if you have to ask for directions or other information from someone who only speaks the local language. Even if you know English, it might not necessarily be the case with the person at the receiving end and using your arms and legs to attempt some form of visual communication can only get you so far. Luckily, that would rarely happen in Maldives as almost everyone can understand and speak some amount of English. Still, there’s no denying that learning a few local phrases and words can come in quite handy while in a foreign country. If nothing else, watching tourists trying to pronounce a particularly complex word or phrase usually provides a lot of entertainment for the locals!

The language of the Maldives is called Dhivehi (sometimes written as Divehi also). Over the years the language has been influenced by several other languages, mainly Arabic, French, Persian, Portuguese and English. In a curious bit of trivia, English words such as ‘atoll’ and ‘doni’ are widely regarded to be anglicized forms of the Dhivehi words ‘Atholhu’ and ‘Dhoni’.

Let’s start off with a few simple greetings. The preferred formal greeting upon meeting someone is the Arabic phrase “As-salaam Alaikum”. However, most Maldivians will generally respond well to a simple “hello”. Most people will greet you with a simple “Kihineh?” or “Haalu Kihineh?” which is the equivalent of a “How are you?” or “How do you do?”. If someone else asks how you are then you can respond with “Rangalhu”, which means “Good”.

Here are a few other simple Dhivehi phrases and their meanings.