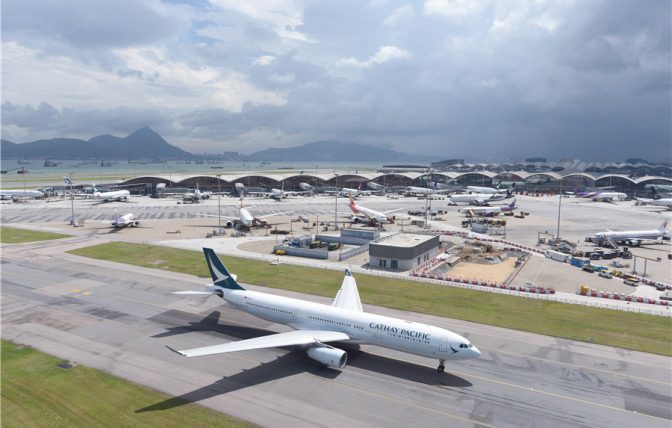 Hong Kong To Lift Ban On Transit Passengers From June 1

Transit services at Hong Kong International Airport will “gradually resume” from June 1, city leader Carrie Lam confirmed. “The epidemic has eased,” she said. “We are resuming daily activities in society and economy step by step.”

Hong Kong implemented a ban on all visitors to the city, and passengers in transit through Hong Kong International Airport, on March 24.

In addition, it remains compulsory for all departing passengers to wear a face mask, while arriving passengers are also recommended to wear face masks.

Cathay Pacific, which has been hard-hit by the COVID-19 pandemic, has since April operated to “a skeleton schedule” of barely a dozen destinations served by just a handful of flights per week.

However, the airline plans aims to put a little flesh onto those bones with a slow but steady rebuild of its international network beginning June 21.

This will see Sydney, London Heathrow, Los Angeles and Vancouver boosted to five flights per week. Melbourne is set for three flights per week, along with Amsterdam, Frankfurt, San Francisco, Mumbai and Delhi.