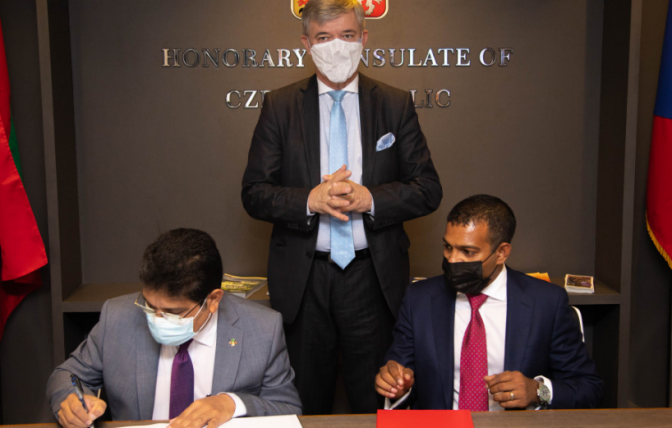 During the ceremony, Mr. Milan Hovorka stated that the opening of this Consulate would help further strengthen the bilateral relations between the two nations. In addition, it would allow the nations to explore avenues of cooperation in various fields. He added that it would help ease issues faced by Czech Republic citizens residing in the Maldives.

Mr. Madeeh highlighted that under his leadership, he will work to foster closer development ties between the Maldives and Czech Republic, and to help pave the way for further easements to Maldivian citizens and businesses with the establishment of the Czech Consulate in the Maldives.

Foreign Secretary Abdul Ghafoor Mohamed also reiterated that the opening of the Consulate would make it a lot more convenient for Maldivians to apply for visas to travel to the Czech Republic.