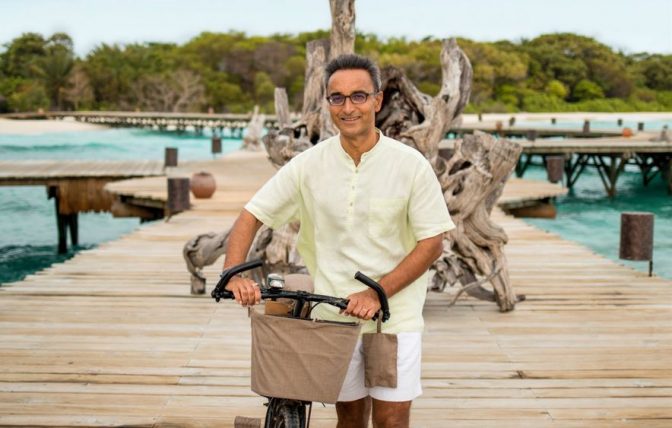 How Maldives Can Create a New Industry in Coral Propagation

Maldivian coral reefs are in trouble. Almost everywhere you look, the reefs are damaged, degraded or in danger. Recent spikes in sea temperatures, including a devastating 2016 El Niño, ravaged the country’s corals. Climate change is making these sea temperature spikes more severe, and more frequent. The prognosis is bleak.

Maldivian reefs do more than just provide a fun place to snorkel: they act as subterranean water-breakers, protecting the islands from erosion; they nourish the beach with new sand; they provide a home for reef fish, which in the case of baitfish, sustains the tuna industry. And then there is the snorkeling.

Tourism began in the Maldives because we became known as a diver’s paradise. Even today, tourists still visit because of the coral reefs (30% of tourists told a recent Ministry of Tourism survey they visited specifically to see the country’s underwater beauty). Considerable revenue is generated from coral-related tourism, whether it is the dive schools, liveaboards, or the marine biologists who take guests on snorkeling trips. This must generate at least USD 200 million a year of gross national income.

Up to 50% of the world’s coral reefs have died in the last 30 years. Scientists predict that if global temperatures rise above 1.5oC from pre-industrial times — the temperate ceiling world leaders agreed must not be breached, in the Paris Agreement on climate change — the coral will decline by a further 70-90%. The world is already 1.2oC hotter than it was in the pre-industrial era, and we are due to cross the 1.5oC threshold by 2030. If temperatures soar past 2oC, 99% of the world’s coral will die.

Another example where we must proactively respond to a crisis in order to thrive.

The COVID crisis over these past 18 months is a fantastic example of where, thanks to the Government’s brilliant policies, we have overcome a catastrophe and thrived. We took precautions, and then borders were reopened with a perfect balance of policy that kept our industry and citizens safe, whilst making the Maldives an attractive tourist destination. Today, arrival numbers are at the same level as they were pre-pandemic. The Maldives has become a COVID recovery success story.

With the global warming crisis, the Maldives has little influence over the actions of the big greenhouse gas emitting countries, like China and America, whose decisions dictate how high the temperature will rise. We can’t bet our future on a wish and a prayer that the big countries decarbonise their economies in time to halt climate change before it wipes out our coral reefs. We need a back-up plan.

That back-up plan is coral cultivation — in particular, developing corals that can better withstand sea temperature rises and other climate impacts, and deploying them at scale across our reefs.

Over the next year at Soneva Fushi, we will cultivate a coral farm comprising of 50,000 new corals (which will ultimately be used to repair the house reef). When finished, this coral farm will be 1 hectare in size — one of the largest coral farms in the world. For the ensuing years, it is our goal to cultivate 1 hectare of coral each year at each of our resorts. This is the scale that is needed in order to have a meaningful impact.

For the past 24 months, we’ve been studying coral propagation in other countries, with a view to bring the best methods to the Maldives. What is most striking is how underdeveloped this sector is.

There are few experts, and most of the techniques are either stuck in the science lab, or being deployed at a tiny scale. If our aim is to save the reefs, we need to massively step up our coral propagation efforts. This represents a huge opportunity for the Maldives: to become a global leader in an activity that will likely have considerable future demand.

What are the coral propagation options? 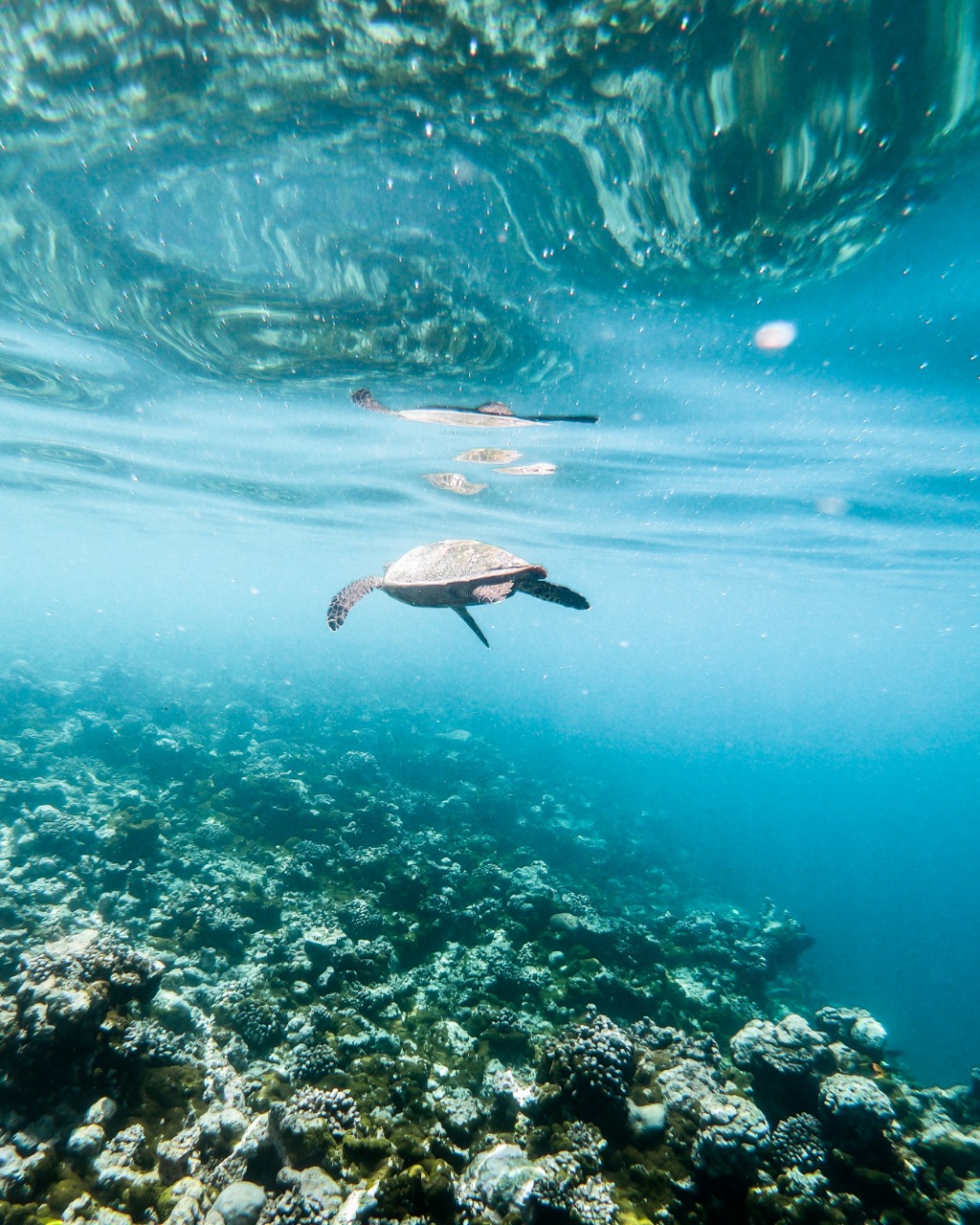 Most existing coral propagation activities are small gardens of little consequence, and which tend to rapidly deteriorate at any slight rise of temperatures. Very few organizations have ventured beyond simply that; taking some broken coral, putting it on a structure, and allowing it to grow. These activities ignore the fact that the sea temperatures are rising, bleaching events are becoming more frequent, and the seas are becoming more acidic.

That said, there are a handful of organizations doing promising work. Here in the Maldives, we have a few Mineral Accretion Technology (MAT) projects where electricity is attached to coral to stimulate its growth. The electrolysis of seawater helps coral to grow faster than normal. There have been examples where some corals grew three to five times faster under the influence of MAT compared with two control treatments. The examples in the Maldives have shown that whilst the coral is still attached to the electricity, apart from stimulating more rapid growth, it also has survived recent warm water temperatures of up to 33oC. Unfortunately, we only have limited experience of what happens when the coral is detached from the electricity, and it is impossible to electrify all the reefs in the country.

There are other promising technologies that focus on trying to create coral that both grow rapidly and tolerates a more challenging environment.

Assisted evolution: This combines five elements: stressing the larvae as well as the adult corals by increasing temperature levels in tanks, and seeing which corals can survive in these hotter conditions.

Other experimental solutions include using environmentally-friendly 3D printing and coating methods to fabricate structures with novel limestone-based material composites and then peptide-based bioorganic adhesives for coral growth and restoration.

In the U.S., Dr. David Vaughan discovered micro fragmentation, a process of cutting coral into small pieces and growing them under optimal conditions to produce fast-growing corals. Using the process along with something called coral reskinning, Dr. Vaughan claims that giant corals that normally take 25 years to grow, can be grown in 2-5 years.

An economic opportunity for the Maldives.

The Maldives is not the world’s only coral nation. There are more than 50 other small island countries that are home to large coral reefs, not to mention huge reef systems in big countries, such as Australia’s Great Barrier Reef and the reefs off the coast of Florida. All of these places, like the Maldives, are desperate to protect their valuable coral reefs.

If we can get coral propagation right, it could become a booming international industry. It has been difficult to develop other industries beyond tourism and fisheries in the Maldives because of geographic limitations. However, with its unique marine environment comprising of thousands of coral reefs, the Maldives is ideally placed to be a big player in the coral propagation business.

The Government should help encourage such an industry to develop, just as governments in other countries provide support to promising industries that have the potential for exponential growth. Germany’s renewable energy sector thrived after the German Government’s introduction of the Renewables Energy Act in 2000. Today, Germany is a leader in all forms of renewable energy. The Maldives could have an equivalent success in coral propagation.

Here are four-way the Government could support an emerging coral propagation industry in the Maldives:

a) Loans and grants:

The Government could apply for grants for coral propagation, as part of its efforts to adapt to climate change. Funds are available under the Green Climate Fund, and from development banks, such as the World Bank and Asian Development Bank. The Maldives should ask these organizations to fund the most development of the promising coral technologies, just as they might ask these banks to fund a road or a reclamation project.

India allows companies to deduct 50% of the investment they make in a targeted sector from their tax bill. For example, if a company were to invest USD 1 million in a targeted sector in India, the Indian Government would allow them to reduce their tax bill by USD 500,000. The Maldives should consider a similar scheme to attract private investment in coral propagation.

In many countries, tax holidays are granted to developers investing in a favoured sector. For example, in Thailand, companies developing hotels in certain regions of the country were offered a tax holiday of 10 years. This meant they did not have to pay any corporate tax on any income earned for this initial period.

Import duty can be quite high in the Maldives, so duty exemptions are important. The Government has already reduced import duty on things such as solar panels and other renewable energy components, in order to help spur this emerging industry. Likewise, it should reduce to zero import duty on the equipment needed for coral propagation.

Our fate here in the Maldives is not necessarily sealed. There is a chance to avoid the coral reefs from collapsing. The Maldives is blessed with a population of creative, dynamic, and entrepreneurial people. If the Government can support these people, by creating a conducive environment for coral propagation, then we might be able to change our fate.

I suspect that some reading this might consider that I am too optimistic about the potential of the Maldives to be the world leader in coral propagation. However, 30 years ago, when Eva and I started on the first luxury resort in the country, people also thought we were mad and believed luxury tourism would never work. Today, the Maldives is the Silicon Valley of luxury resorts. Maldivian resort hotels are the best on the planet. Likewise, in 30 years’ time, the Maldives could be the definite leader in coral propagation.

To quote Margaret Meade: “Never doubt that a small group of thoughtful, committed citizens could change the world. Indeed, it is the only thing that ever has.”