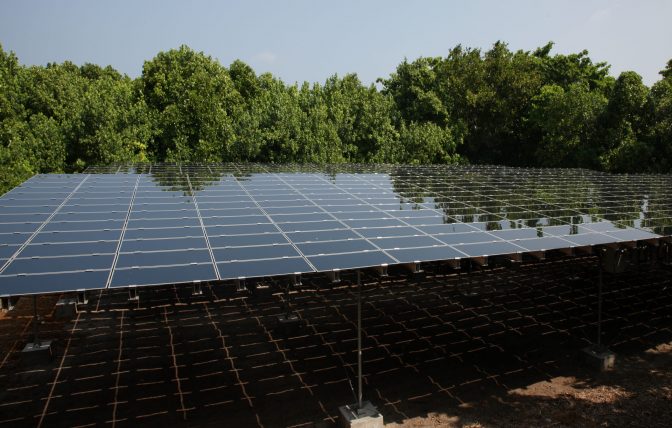 How Solar Power Can Boost Resorts’ Profits, as the Era of Cheap Diesel Ends

First the coronavirus and now the war in Ukraine. It has been a volatile few years for Maldivian tourism, throwing companies’ business plans into chaos and blowing holes in their balance sheets.

For Maldivian resorts, keeping costs down and balance sheets in the black is more important than ever. At the same time, we cannot cut corners and risk diminishing our brand or our guests’ holiday experience. If only there was a magic pill to reduce operating costs while not impacting guest satisfaction. Thankfully, there is a tonic to shore up company finances during this difficult time – solar power.

Solar power has collapsed in price in recent years (Soneva Fushi installed the first Maldivian solar farm back in 2008), to the extent that installing it is a financial no-brainer. It is also possible to invest in solar with very little in terms of upfront financial outlay, as companies in Europe are willing to fund the entire cost of the system and the installation in exchange for long-term guaranteed Power Purchase Agreements (PPAs). This means that resorts do not have to dip into cash reserves at a time when they should be building them. Let me share with you what we are doing at Soneva.

Soneva recently tendered for the development of a third solar and battery hybrid system for Soneva Fushi, and a first solar system for Soneva Jani. This will result in a combined installed solar capacity between the two resorts of close to 6 megawatts.  A handful of companies bid for the tender. Under the terms of the winning tender, the supplier will supply and install all of the equipment, including panels, inverters, batteries and so on, and install them at our resorts without cost to us (we are having to make modest investments in some powerhouse works to be able to cope with the new power availability).

Initially, the tenders were based on a PPA (Power Purchasing Agreement) whereby Soneva would agree to buy electricity generated by the solar panels for 10 years at a fixed price of around 13 U.S. cents per kWh. Nonetheless, even at 13 cents per kWh, this is still 2.5 cents cheaper per kWh than what we would have paid when diesel prices were historically low by using our existing generators at the resort. Now, we have a sky-high oil price. The saving today would be 22 U.S cents. In such a scenario, not having spent a penny of our own money on the solar system, we would immediately save US$760,000 per year at Soneva Fushi and US$1.1 million per year at Soneva Jani on electricity costs if we went for this PPA covering half of our load (based on the current price of diesel).

What’s more, an interesting component of the PPA is that after 10 years we have the right to buy the solar system from the supplier for $1, after which, we will enjoy free electricity for the duration of the life of the system — probably another 10 years or so. When it comes to the bottom line, solar is a shot in the arm and guests like it because it reduces carbon emissions.

However, to further reduce our costs, our bankers have agreed to finance the purchase of the system. If one factors in the interest rates that we are paying the bank as well as the depreciation on the equipment, the saving is even greater. We stand to save 26 – 28 cents per kWh and US$ 2.3 million per year for the two resorts combined.

Another important reason why it is so financially attractive is that it provides us with energy security. We have no idea where oil prices (and therefore diesel prices) will go in the future. Right now, oil prices stand at around $90 per barrel, but they are so volatile it’s anyone’s guess where they will be in 12 months’ time.

How the Government could help

These cost savings alone should be enough to spur resorts to embrace solar. But the Government could help things along by, for example, partnering with the Bank of Maldives to provide a facility for resorts to borrow cheaply for solar. This would forgo the need for an international tender, and also push more business to Maldivian solar companies.

The Government could also push resorts into action through regulation: perhaps a law that states resorts must generate 50% of their total energy load from renewables by 2025, and 100% by 2030; which would be in line with the President’s net-zero by 2030 target.

In this day and age, there isn’t much good news to go around. But solar is a story with no downsides. It doesn’t cost money to install, it reduces operating costs, and enhances the guest experience. The price of diesel is horribly volatile, while sunshine is free and, in the Maldives, plentiful. Some sunny news to brighten up these cloudy days.

About the author: Sonu Shivdasani is the Founder and CEO of luxury resort chain Soneva.