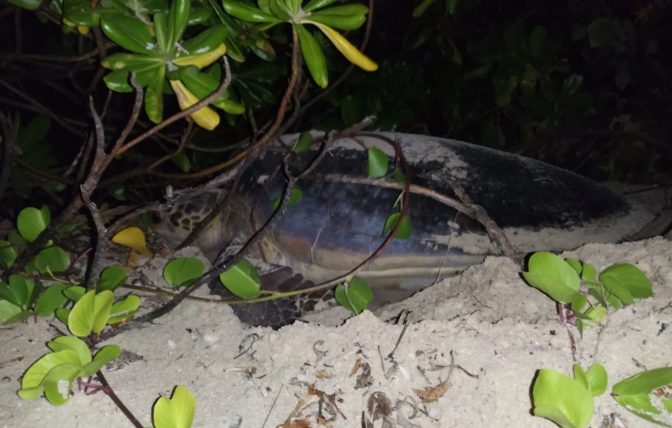 This year, for the second time another endangered sea turtle species has discovered a safe ecosanctuary at, Grand Park Kodhipparu, Maldives to lay her eggs, late night on 1 August 2020.

This year in 4 months of the first-ever nesting at the island, the team at the resort were fortunate to welcome a very special Green Sea turtle also known as Chelonia Mydas, considered one of the largest sea turtles and a strict herbivore who trusted their beach to safeguard her eggs. “It’s a fabulous feeling for our green team when nature rewards us with joyful moments in this manner, for the commitment to protecting the environment, the ocean and our reefs we are surrounded by in the Maldives,” a statement by the resort read. 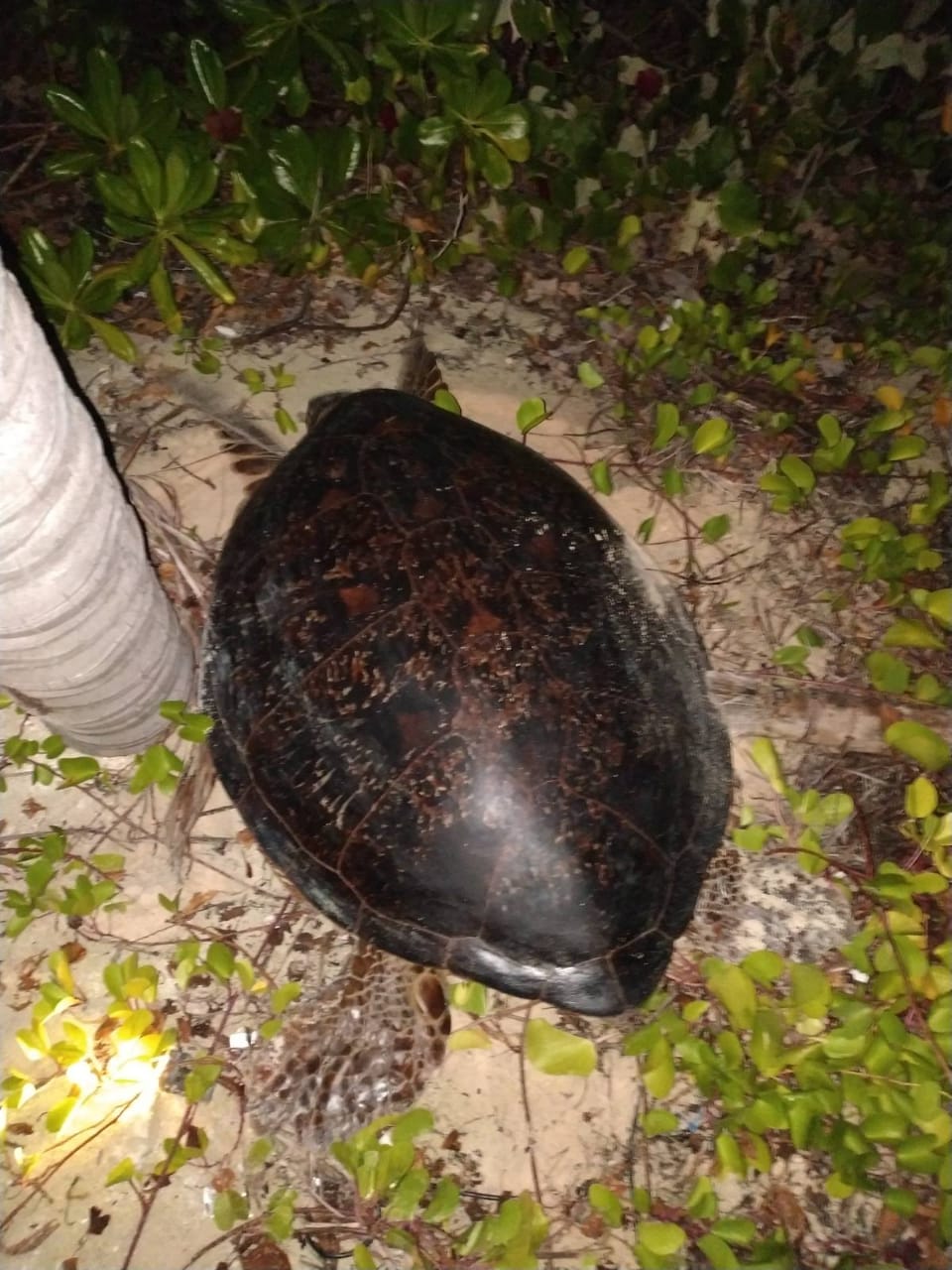 Sea turtles return to the beaches on which they were born to lay their eggs. The reason for returning to native beaches is that it guarantees the turtles an environment that has the necessary components for their nesting to be successful. These include a sandy beach, easy access for the hatchlings to get to the ocean, the right incubation temperatures, and low probability of predators that may feed on their eggs. Over time these turtles have evolved these tendencies to return to an area that has provided reproductive success for many generations. Their ability to return to their birthplace is known as natal homing. The males also return to their birthplaces in order to mate, they return to their homes as they know they will be able to find mates because the females born there also return to breed. By doing this, the green sea turtles are able to improve their reproductive success and is why they are willing to expend the energy to travel thousands of miles across the ocean in order to reproduce. 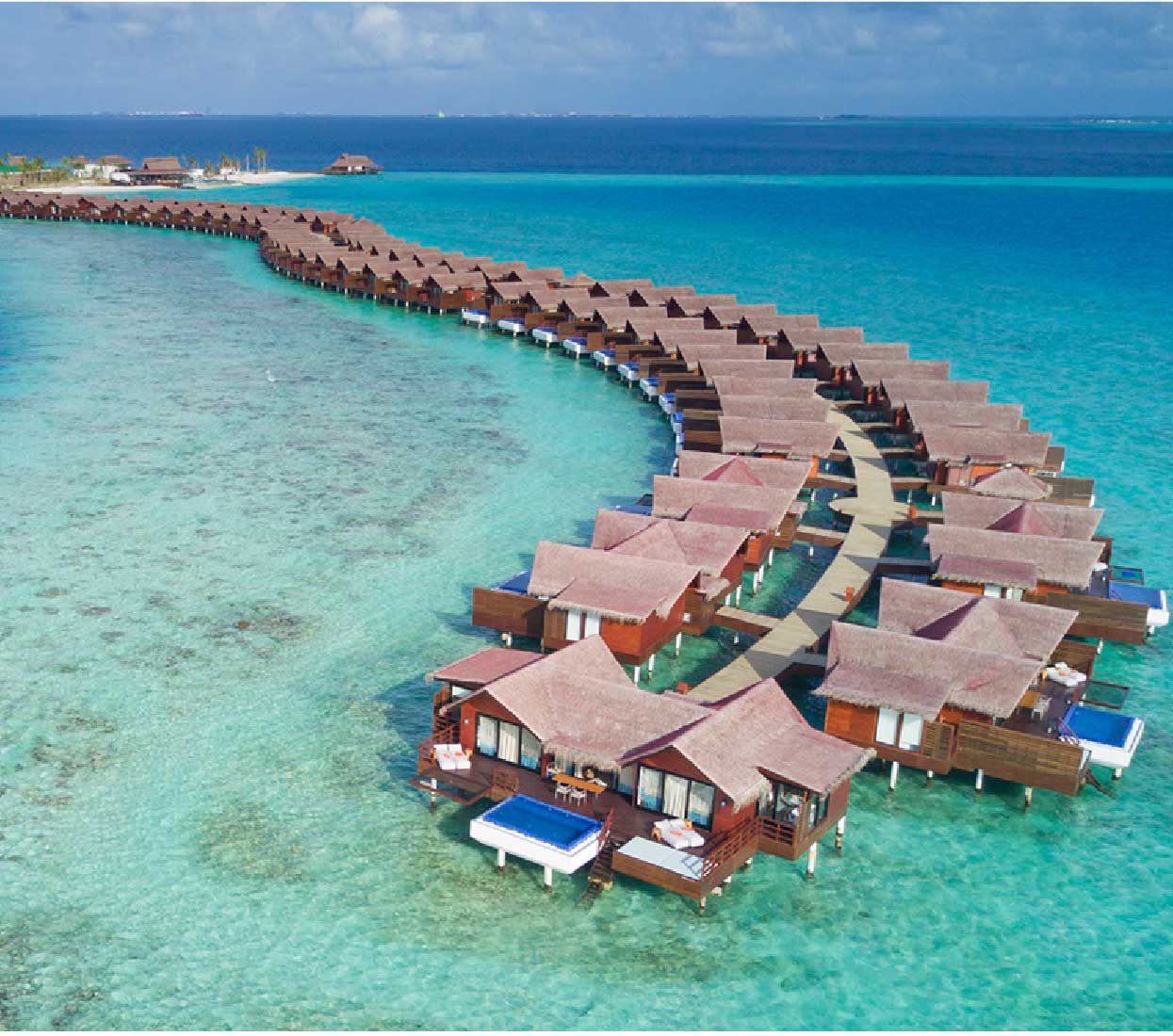 Based on reports from the resort’s marine biologists and professional divers stationed around the Maldives, Green turtles matter to the marine ecosystem as they graze on seagrasses and algae, which maintains the seagrass beds and makes them more productive keeping them healthy. Seagrass consumed by green turtles is quickly digested and becomes available as recycled nutrients to the many species of plants and animals that live in the seagrass ecosystem. Seagrass beds also function as nurseries for several species of invertebrates and fish. Green sea turtles are classified as an endangered species and we need to do all we can to protect them.

Raffaele Solferino, the General Manager of Grand Park Kodhipparu, Maldives says; “We look forward to welcoming our second sea turtle hatchlings by the beginning of October at Grand Park Kodhipparu, Maldives this year. This event rewards the extraordinary efforts of our green team members who are daily processing environmental activities, keeping our reefs and shores safe and clean, as well as promoting sustainable educational modules to both guests and staff”.