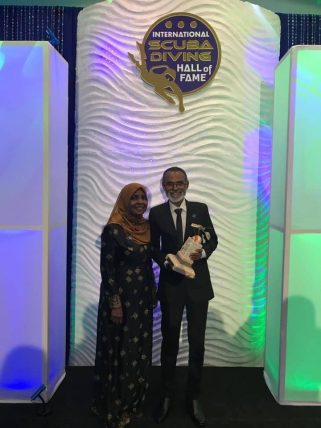 Hussain ‘Sendi’ Rasheed has been inducted to International Scuba Diving Hall of Fame 2019 at the Cayman Islands.

Each year, the Cayman Islands welcomes new inductees as part of its ongoing support of the International Scuba Diving Hall of Fame (ISDHF). Established by the Cayman Islands Ministry of Tourism in 2000, the ISDHF celebrates those who have contributed positively to the success of recreational scuba diving worldwide through innovation and advancements made in the areas of dive tourism, equipment design, dive safety, education, exploration, adventure, innovation and more. 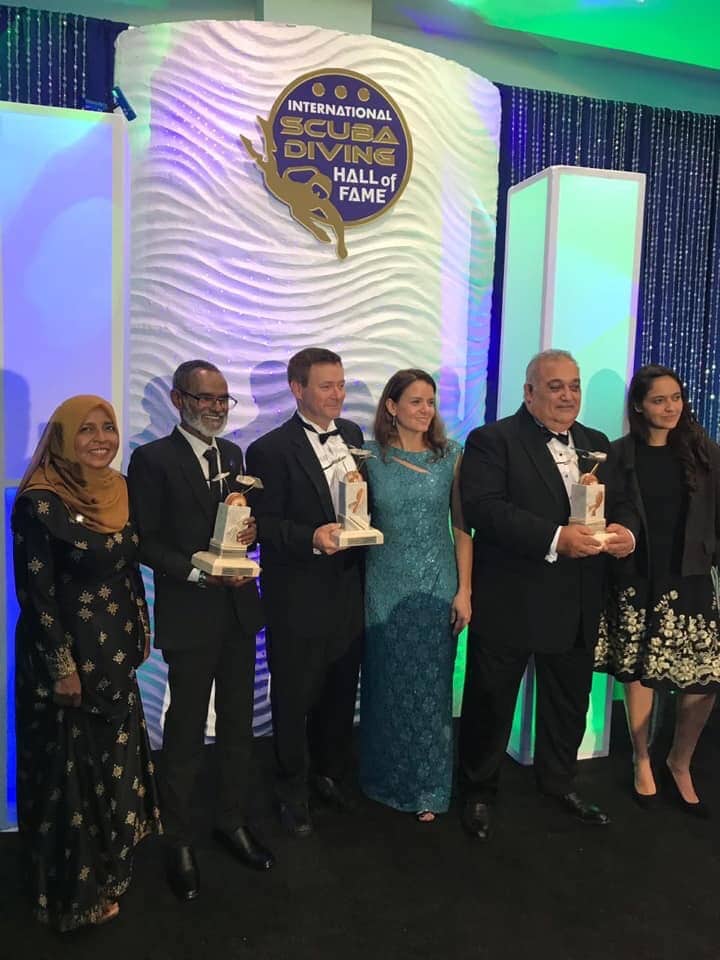 Known as “the Godfather of the Maldivian diving industry,” Hussain “Sendi” Rasheed was the first PADI Instructor Trainer in the Republic of Maldives and has since become a key figure in the region’s developing regulations surrounding marine health and diving tourism. Along with his extensive lobbying of all marine protected species and dive sites in the Maldives, Sendi received international media attention for organizing an underwater Cabinet Meeting, chaired by the President of the Republic of Maldives, to bring attention to the threat of global warming.

Sendi’s 37-year career shows his deep love of the ocean that he actively works to protect, as well as the impact of his educational efforts that have produced a continuing stream of savvy Maldivian Ocean Ambassadors. In recognition of his ongoing dedication and many efforts on behalf of diving and the marine environment, Sendi has also received both the Maldive Tourism Award and the Presidential Award.