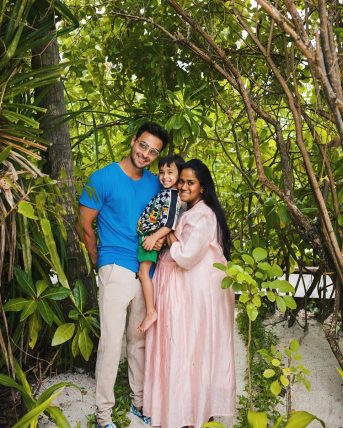 Away in the Maldives, far from the glitter, glamour, and pollution during the festive season, actor Aayush Sharma celebrated his birthday with pregnant wife Arpita Khan Sharma and three-year-old son, Ahil at Cheval Blanc Randheli.

Aayush Sharma is a famous Bollywood actor and is well known as the husband of Salman Khan’s sister Arpita Khan. He captured the attention of media from his movie LoveYatri.

In an interview, the actor said that Diwali invariably falls on his birthday most of the time. For this year’s festivity and birthday, he has planned to try scuba diving as he wants to overcome his fears of the sea and take a dive. In fact, he always wants to celebrate his birthday in a unique way and everything fell in place when it came to scuba diving. While talking about the best gifts he has received from his wife, Arpita, he reportedly said that their son Ahil is the most beautiful gift she has given him.