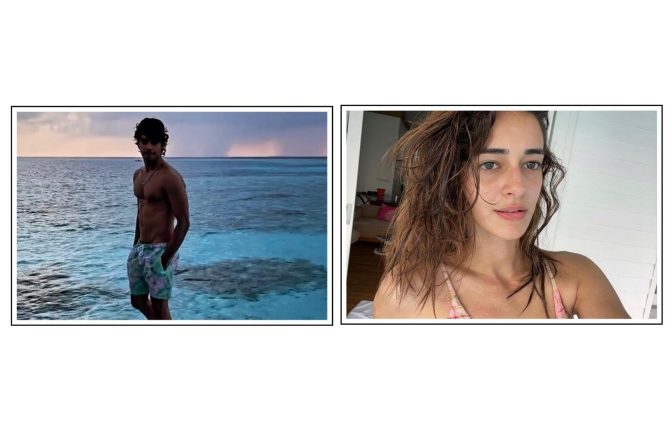 Ishaan Khatter made his big debut as the lead with Beyond the Clouds which was released in 2017. However, the actor got the recognition after starring in Karan Johar’s Dhadak (2018) opposite Janhvi Kapoor. Ishaan was last seen in Mira Nair’s period drama series ‘A Suitable Boy’ where his performance was  appreciated. Apart from this, the actor will be seen in horror comedy Phone Bhoot.

Ananya Panday is the daughter of actor Chunky Pandey, she ventured into acting in 2019 with leading roles in the teen film Student of the Year 2 and the comedy Pati Patni Aur Woh.

Ishaan Khatter and Ananya Panday, who shared screen space in ‘Khaali Peeli’, are rumored to be dating. The duo has been sharing pictures and videos of their trip in Maldives on their Instagram.

Sun Siyam Iru Veli resides on the island of Aluvifushi in South Nilandhe Atoll, with velvet-soft white sand beaches, set within its own vibrant lagoon. Its a uniquely exclusive guest island – a tropical haven to relax and have fun, in complete intimacy. With stunning ocean views and a private freshwater pool for every suite, come home to luxury.

With the reopening of Maldives borders and establishment of the travel bubble between India and Maldives, Indian arrivals have been growing in an upward trend. Currently Indian market is the second largest source market in terms of arrivals to Maldives.