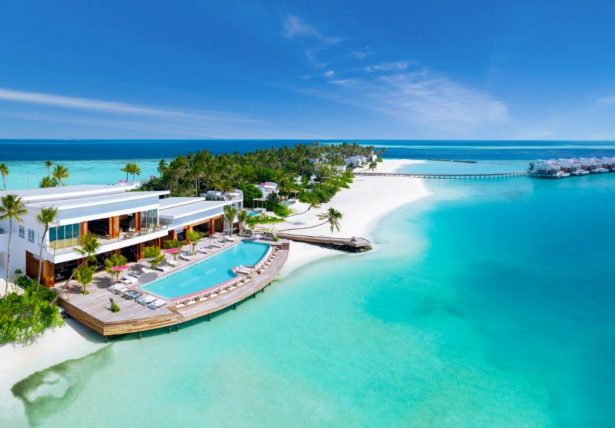 “A rapidly growing younger population combined with an escalating middle class, along with increasing amount of disposable income will make India a leading outbound tourism market in the world over the coming years.”

India is the second most populated country in the world with over 1.3 billion people and is expected to overtake china as the world’s most populated country by 2022.  It’s among the world’s fastest-growing economies, with roughly a 7% rise in GDP projected in 2018. India is likely to become the world’s second-largest economy by 2030, next only to China and overtaking the US, according to Standard Chartered’s long-term forecast released on Jan 2018.

Along with growing economy and population, India has become an important travel market in the world travel market. In recent years, India has tremendously improved its travel and tourism competitiveness, rising from 65th position in 2013 to 40th position in The Travel & Tourism Competitiveness Report 2017. India is now one of the fastest-growing aviation markets in the world, with its domestic demand reaching nearly 100 million passengers. With the growing economy, disposable income of the Indians increasing gradually. It results increasing in demand for travel in India. According to Indian Consumer Travel Report 2017, travel is one of the popular lifestyle purchase among Indians, especially by using online platforms. While, comparing to other optional spending categories, overall travel ranks fifth place, which is behind financial investments and slightly behind purchases like electronics and home improvements. Online, travel purchases rank second only to retail shopping, with three quarters of travelers indicating that they usually purchase travel online. 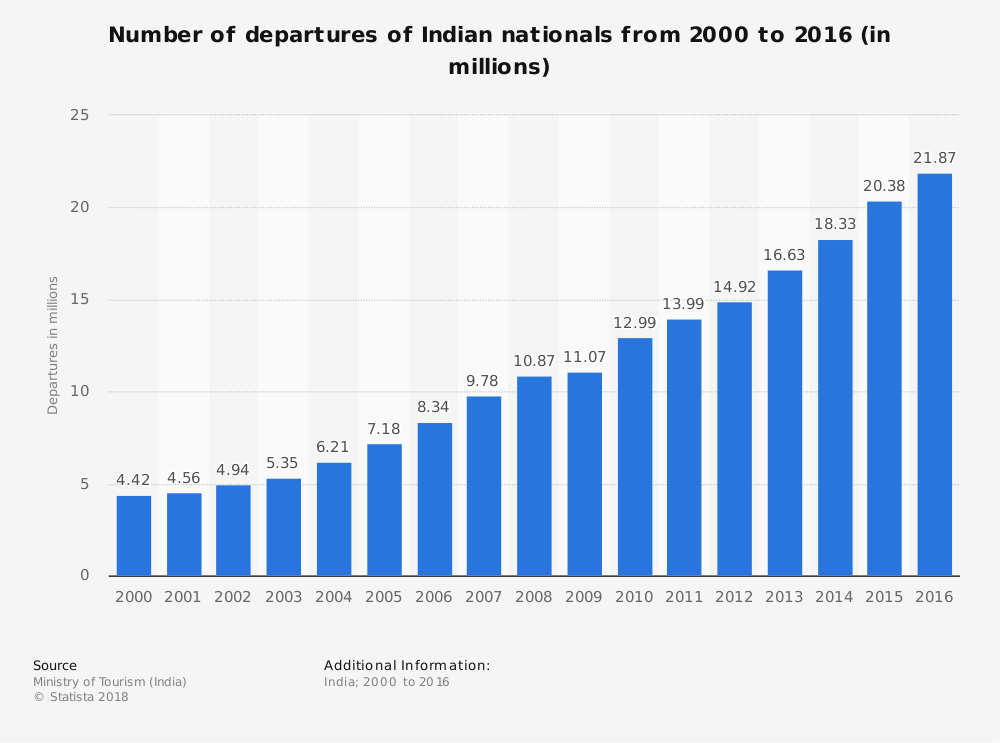 In the recent years, Indian outbound tourism has been increased rapidly with the annual growth of 15-18 percent. In 2018, there are over 23 million Indians travel abroad and the outbound tourist figure expected to be double in 2 years’ time. The UN World Tourism Organisation (UNWTO) predicts that India will account for 50 million outbound tourists by 2020. According to Phocuswright, in 2018 two in five online travelers journeyed internationally and more than six in 10 international travelers had taken a trip abroad previously. Also reports that there is a significant share of young millennials and rural residents traveled outside of India for the first time in the past 12 months.

Looking in to the online booking statistics, in 2018, Indian OTA gross bookings were projected at $6.2 billion, up 18% year over year, and the market will reach $10.8 billion by 2022. According to the Phocuswright report, OTA share of the Indian online travel market is forecasted to increase from 48% to 52% during the same period, driven by the surge in online hotel bookings and traveler uptake of mobile bookings. MakeMy Trip is the top performing OTA in the market. Other leading Indian OTAs in the market include Yatra and Cleartrip. Over the past years, these brands have fiercely competed on customer acquisition for online bookings, and while they do still compete with one another, they have also found their respective niches and are growing rapidly in the online travel market. 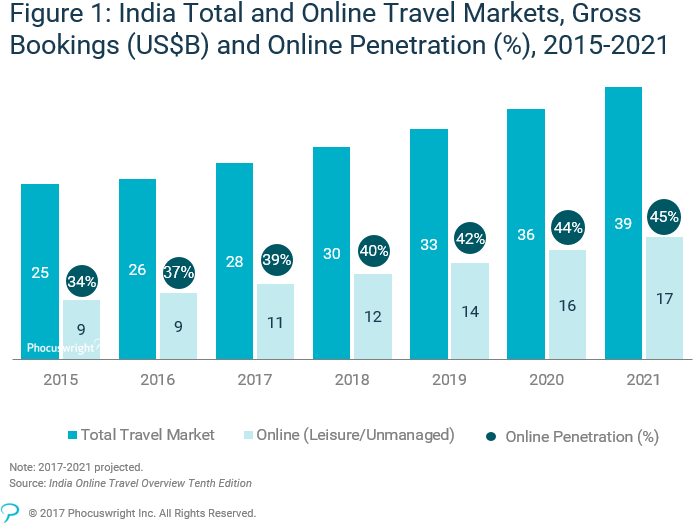 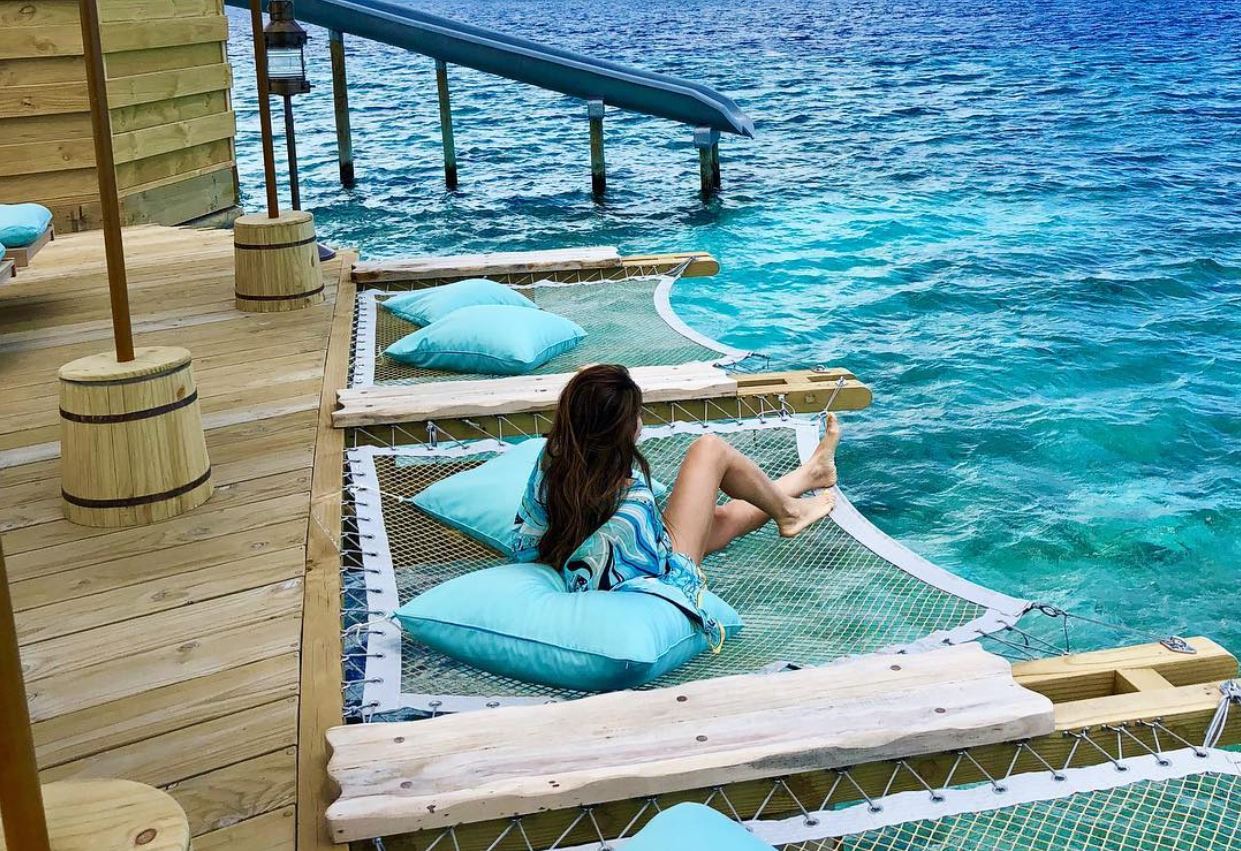 Strategically and geographically, India is an important market for Maldives tourism industry. Hence, the India is geographically located near Maldives, the growing economy and population will impact positively to the Maldives economy. India remains one of the emerging market to the Maldives, holding firmly to the fifth position with 6% shares at the end of 2017.In the past years Indian market has performed very well, with solid growth. India’s market share doubled over the years, from 3.4% in 2013 to 6% by 2017. In 2018, Maldives received 90,474 tourists from India, which is 9% increase compare to the previous year and it contributes 6% to the Maldives tourism market share.