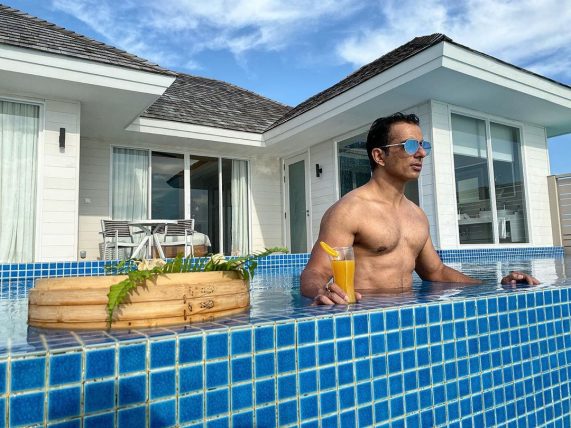 Indian actor Sonu Sood is enjoying a floating breakfast in a pool in the Maldives. 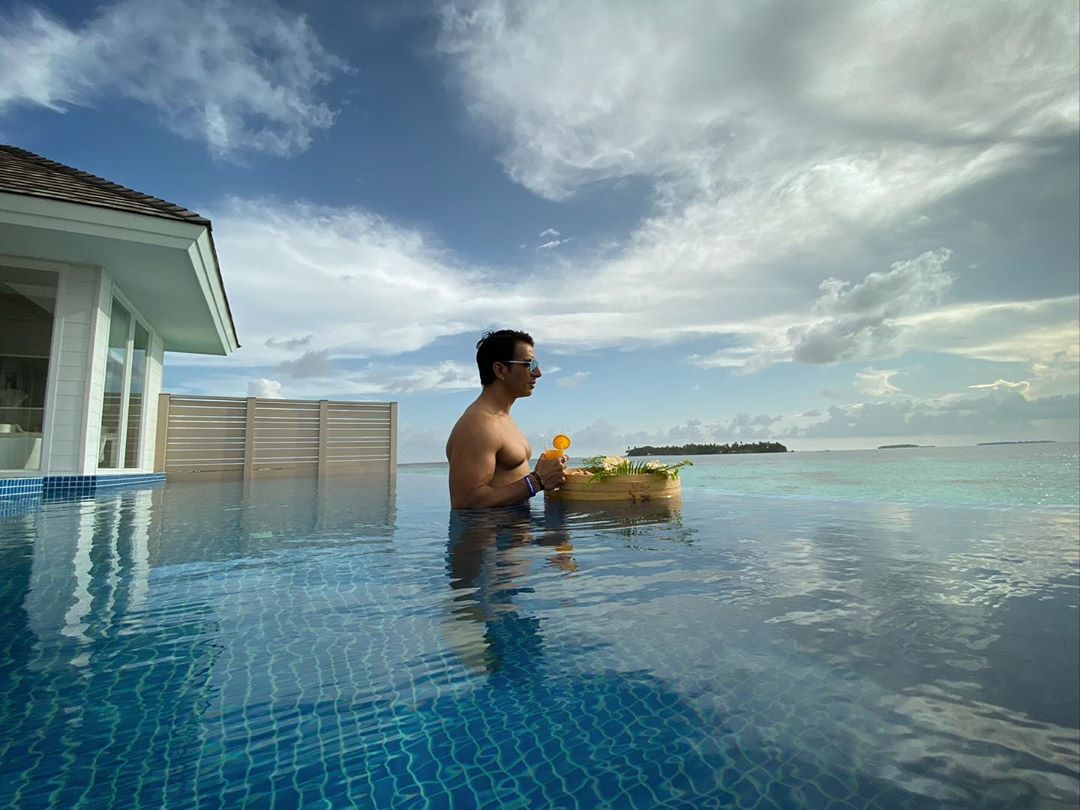 In July 2016, he established the production house Shakti Sagar Productions, which is named after his father, Shakti Sagar Sood.