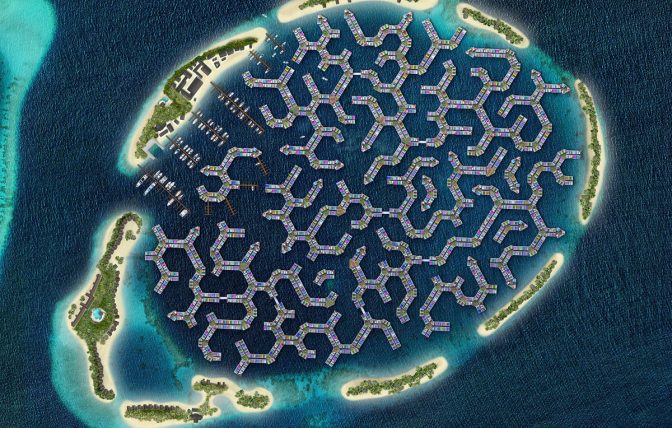 Netherlands-based Dutch Docklands — in cooperation with the Government of The Maldives — has inaugurated the Maldives Floating City (MFC). Set in a warm-water lagoon 10 minutes by boat from the Maldivian capital, Male – and Male International Airport — this first-of-its-kind “island city” offers a revolutionary approach to modern sustainable living perched against a backdrop of the azure Indian Ocean. It’s the world’s first true floating island city — a futuristic dreamscape finally poised to become reality. 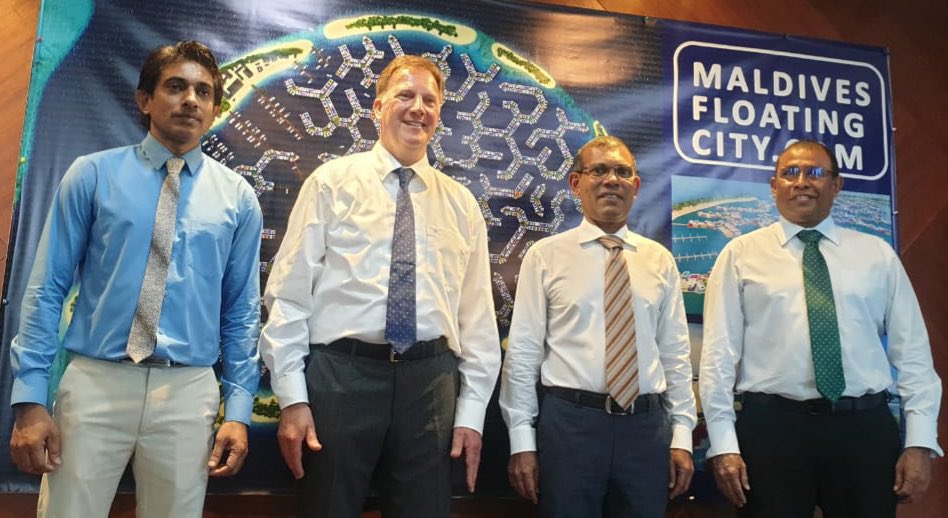 In development for more than a decade, MFC will feature thousands of residences, all waterfront, floating along a flexible, functional grid across a 200-hectare lagoon. Inspired by traditional Maldivian sea-faring culture and developed in close cooperation with Maldivian authorities, MFC homes will eventually be joined by hotels, restaurants, stylish boutiques and a world-class marina.

Maldives Floating City is the first of its kind across the globe — developed to equally embrace sustainability and livability. While attempts at floating cities have been tried before, none have featured MFC’s most compelling selling points: Full-scale technical, logistical and legal expertise. By partnering with the Government of the Maldives, MFC not only offers the most Dutch Docklands Maldives Government of Maldives ambitious architectural planning available, but also a world-class ownership structure that is transparent, value-driven and legally-binding.

Backed by government-issued titles and deeds, MFC owners have the security of a premium real estate asset that makes even the most diverse investment portfolio stand out. What’s more, MFC home-owners may also qualify for Maldivian residency permits, providing the eco-focused benefits of Maldivian living on a permanent or semi-permanent basis.

At the heart of MFC is its innovative approach to sophisticated, city-center living. Working with Waterstudio, an urban-planning and architecture firm, Dutch Docklands has devised an on-thewater urban grid built to evolve with the changing needs of the nation, its inhabitants and global visitors. 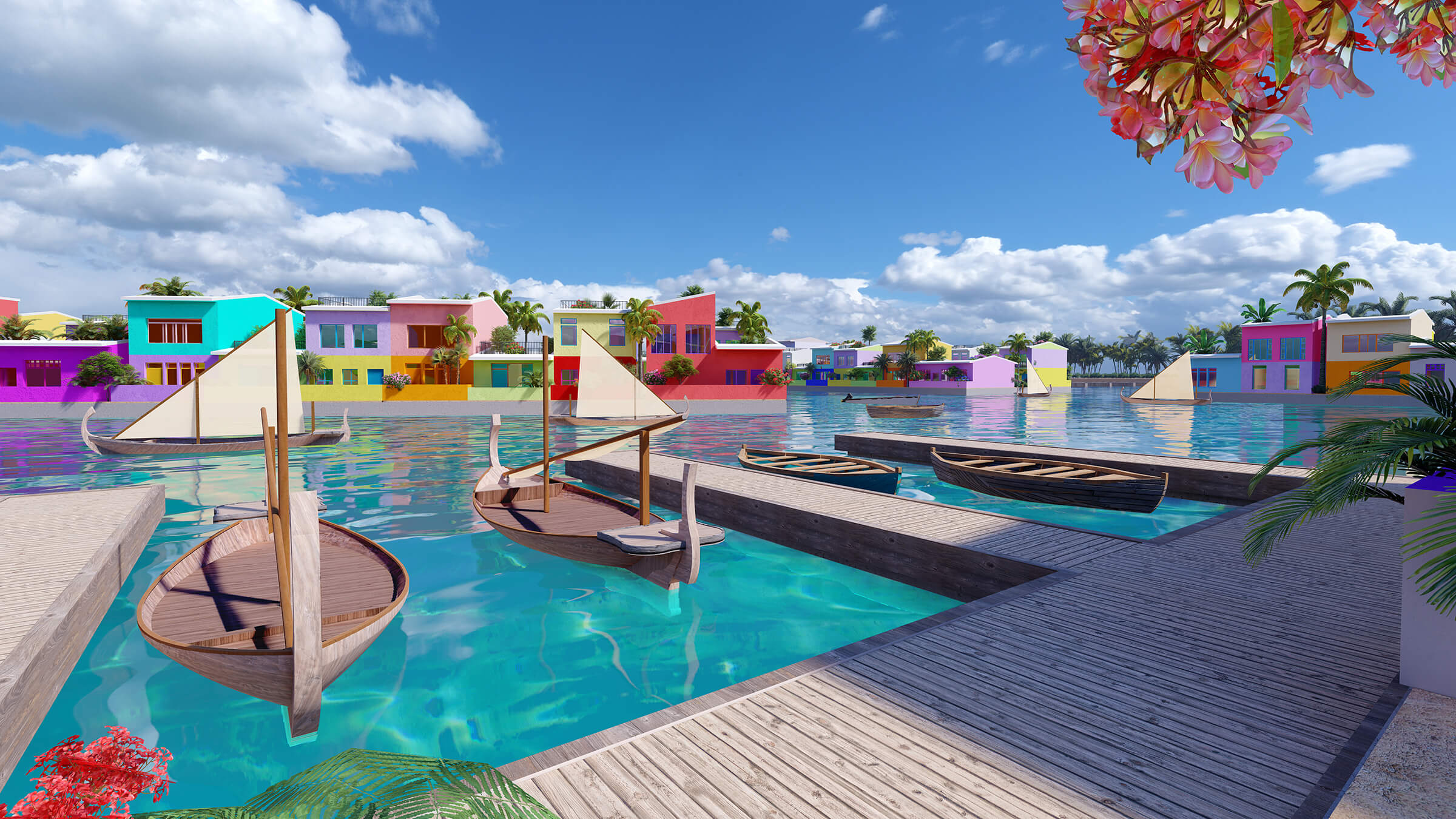 The structures safely and sensitively support MFC’s development vision while helping to mitigate the effects of climate change and rising sea levels. Up top, traditional Maldivian architecture sets the tone of MFC’s design plan, supported down below by the most eco-friendly construction possible. MFC offers an approachable, scalable, sellable solution for truly sustainable water-front development.

As a nation at the front-lines of global warming, the Maldives is perfectly positioned to reimagine how humankind will survive — and, indeed, thrive — in the face of rising seas and coastal erosion. By leading in this effort, the Maldives not only lays the groundwork for combatting its own climate challenges, but provides a viable blue-print for other nations to follow. 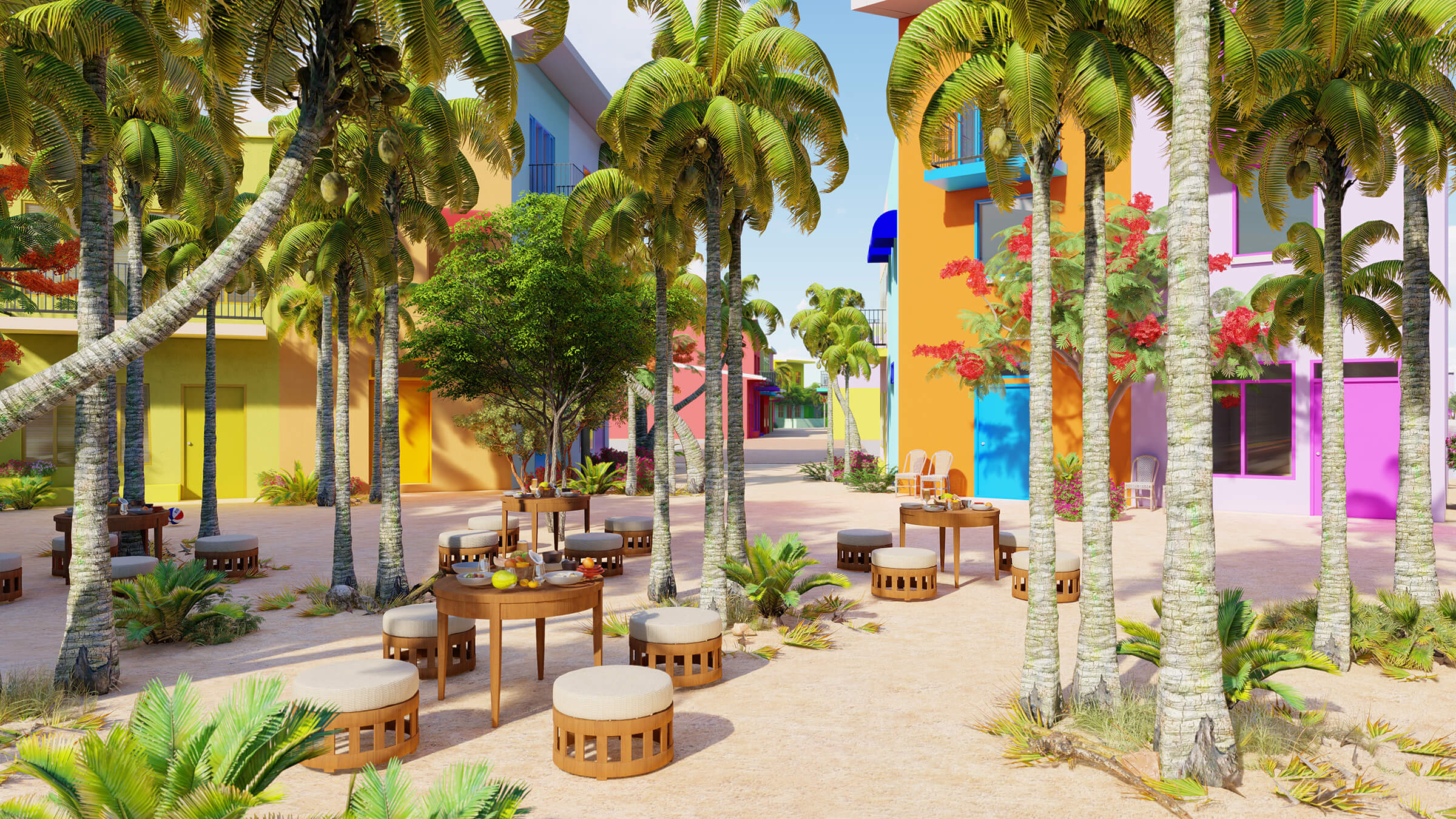 Coral, for instance, plays a crucial role in the MFC master-plan. The “city” itself is composed of hexagon-shaped segments modeled, in part, on the distinctive geometry of local coral and connected to a ring of lush barrier islands. While MFC floats up top, island barriers around the lagoon will serve as breakers down below. This ingenious configuration lessens the impact of lagoon waves while stabilizing the structures and complexes on the surface.

MFC buildings will be low-rise and facing the sea — with shops, homes and services precisely positioned along tidy palm-lined streets. A network of bridges, canals and docks will give MFC an overall sense of cohesiveness and facilitate easy access to its wide-ranging amenities. Throughout the project, sandy beaches will help stabilize and protect key structures within the lagoon, while outside, massive coral reefs will feature hotels, restaurants and shops. 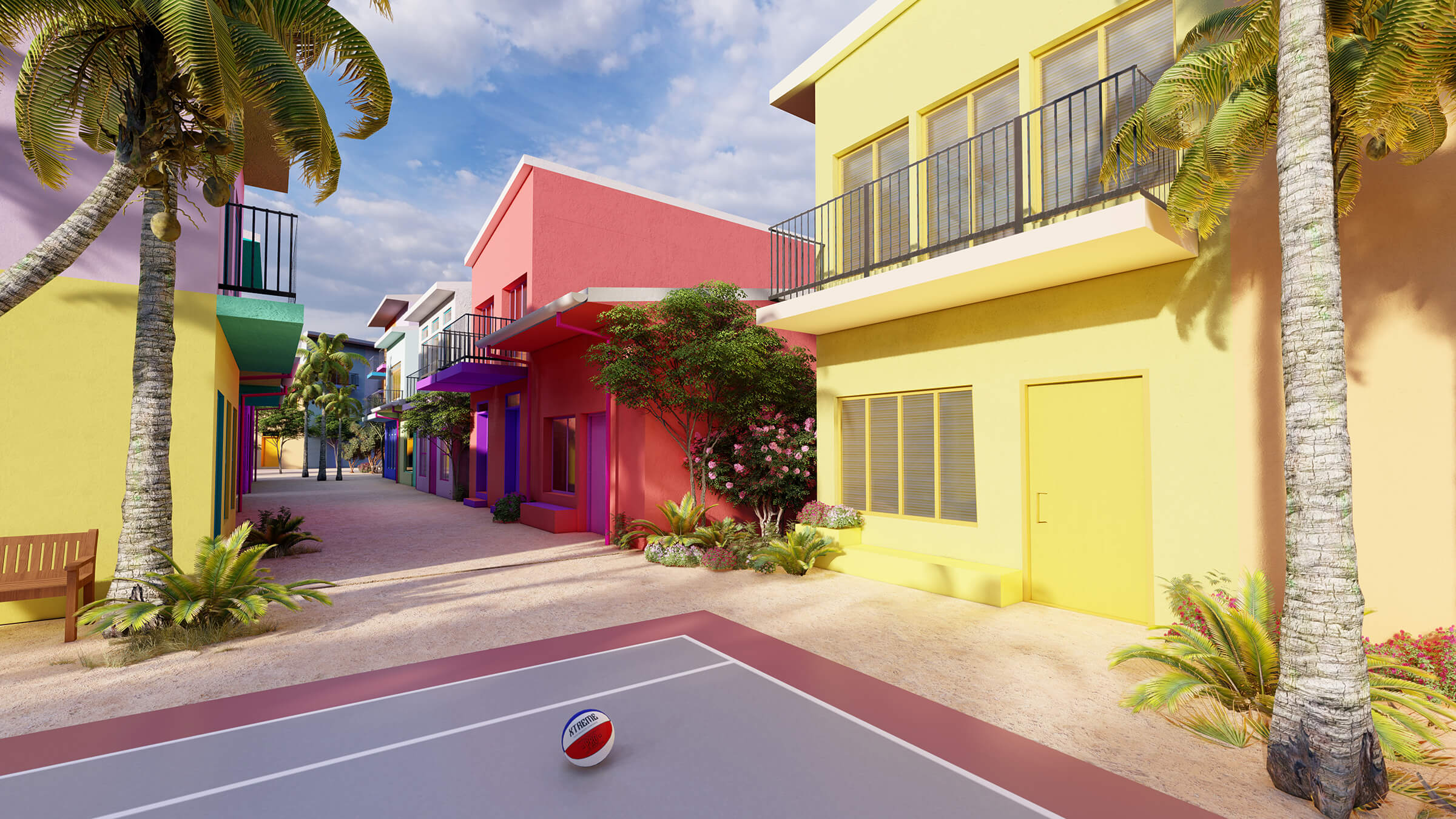 “This Maldives Floating City does not require any land reclamation, therefore has a minimal impact on the coral reefs,” explains Mohamed Nasheed, President of the Maldives from 2008- 2012, Speaker of Parliament and CVF Ambassador of Ambition, “What’s more, giant, new reefs will be grown to act as water breakers. Our adaption to climate change mustn’t destroy nature but work with it, as the Maldives Floating City proposes. In the Maldives we cannot stop the waves, but we can rise with them.”

In total MFC is poised to welcome thousands of homes to its unique water-top community. Every residence will be sea-front, with individual units sized from 100 square meters (plus 40m2 roof terrace) upwards and priced from $250,000. Prices are approachable and affordable, to draw the widest-possible range of potential buyers to benefit from the project’s enviable seaside locale.

Much like the Maldives ’iconic over-water resorts, MFC residences offer a seafront lifestyle centered around health, wellness and the outdoors. MFC will be a fully mixed-use community, with the widest range of both everyday and luxury necessities at hand. And with its easy access to Male International Airport, MFC will be directly connected to most major airlines and global capitals.

Now nearing the end of its planning stages, MFC will commence construction in 2022 and be completed in phases over the next half decade. Once fully realized, a hospital, school and government building will complement the project’s commercial and residential structures. While foreigners will certainly call MFC home, perhaps, most crucially, Maldivians will live there as well — local fishing families who, for centuries, have called the area home.

“With its unique location in a paradisiacal setting, next to President’s Island — and full support of the Government of Maldives — we are extremely proud to launch the first Floating City in the world,” says Paul HTM van de Camp, CEO of Dutch Docklands. “This will be an amazing place where locals and foreigners can buy their dream property at affordable prices”.