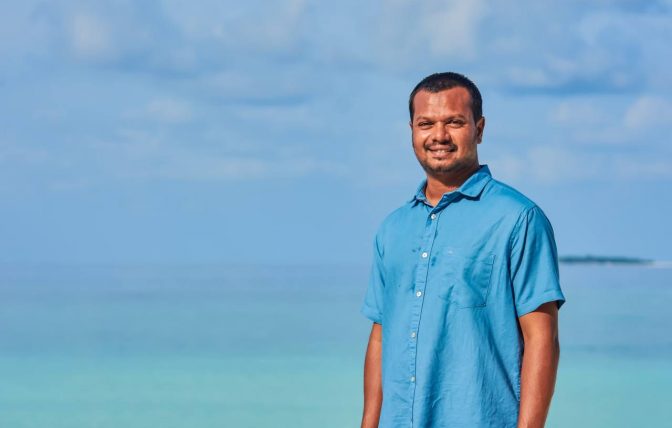 JA Manafaru has announced the promotion of Mohamed Majid (Magic) as their Sales Manager.

A multi-talented professional, Majid brings to the role more than 10 years of experience working in the tourism industry. Initially starting as a transfer and reservations agent at Waldorf Astoria Hotels & Resorts in 2011, Majid moved to Manafaru in 2013. With a background in sales and reservations, Majid has also worked in Voyages Maldives where he corresponded bookings to the resorts.

In 2014, JA Resorts & Hotels took over Manafaru and rebranded as JA Manafaru. During this time, Majid was the Airport Manager and was overlooking enhancing the airport operations in Male’. In October 2020, Majid got another promotion as the Guest Services Manager where he was assigned additional tasks related to sales which included building the bridge between the corporate sales team and local DMCs.

Speaking about the promotion and company, Majid said, “In the last 7 years during my experience in airport operation, I was given several opportunities to enhance my skills and career. On this note, I would like to take the opportunity to express my gratitude to JA Resorts and Hotels for the contribution that they have been giving to the local community around the resorts and to the associates on the island.

I firmly believe that the long-serving associates at JA Resorts and Hotels embody the strategy and culture of heartfelt hospitality that the company actively strives towards with its workforce. I have achieved this milestone that I have been working very hard for several years and I am very excited to start my new role as sales manager to give back my contribution to the company.”