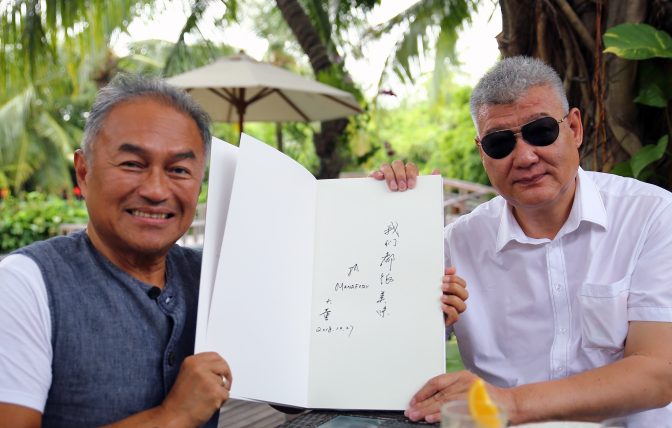 JA Manafaru has announced a collaboration with China’s most renowned chef Da Dong to create a signature culinary experience for its guests. Chef Da Dong is the founder of Da Dong Roast Duck in Beijing more than 30 years ago and it has since expanded to nine locations in Beijing. He is regarded as one of the greatest chef’s China has seen with his impeccable taste and vast repertoire of internationally influenced dishes that exceed far beyond the Beijing Peking Duck, the signature dish at Da Dong Roast Duck.

The signature menu will be offered at the JA Manafaru’s award-winning overwater White Orchid restaurant, which offers Asian fusion cuisine that allows you to experience the food culture of Asia with an exotic mix of Chinese, Japanese, Indian and Thai specialty dishes.

The collaboration between JA Manafaru and Chef Da Dong is part of a new group-wide push by JA Resorts & Hotels, one of Dubai’s longest-serving homegrown hospitality brands, to build on its outstanding culinary offerings, with the opening of 10 new restaurants in 2019 alongside four collaborations with international chefs of Michelin star.

“Our fundamental belief is that the Food & Beverage outlets of any hotel are what provide the character and energy of the property. These restaurants can define the personality of the hotel if they are attractive and exciting to the local community. We are on a journey to creating unique and memorable F&B outlets for our consumers,” Rob Cunningham, newly appointed Vice President of Food & Beverage at JA Resorts & Hotels, was quoted in a statement, as saying.

Situated on the northern tip of Haa Alifu Atoll, a picturesque 75-minute seaplane flight away from Velana International Airport, JA Manafaru offers the perfect chill summer with the island’s stunning shallow reef and the gram-worthy azure blue ocean along with a culinary experience like no other.