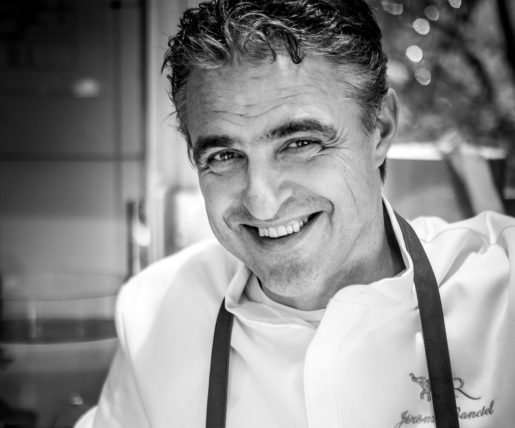 Born in Rennes, France, Jérôme Banctel spent his childhood at Piré-sur-Seiche in Breton Brittany. At the age of 16, he enrolled at Notre Dame de Saint-Méen-le-Grand hotel school where he spent four years.

His gastronomic career began with Michel Kerever’s team at the Duc d’Enghien, followed by a stint at the Vreugt en Rust restaurant in the Netherlands. He spent eight months at the Jules Verne with Monsieur Reix before joining the kitchen team at Les Ambassadeurs, a gourmet restaurant at the Hôtel de Crillon.

A whole new phase followed on from this at L’Ambroisie, a prestigious restaurant at the Place des Vosges, where he spent eight years as Sous-Chef. Here, working with Bernard Pacaud, he learned thoroughness and respect for fine produce. 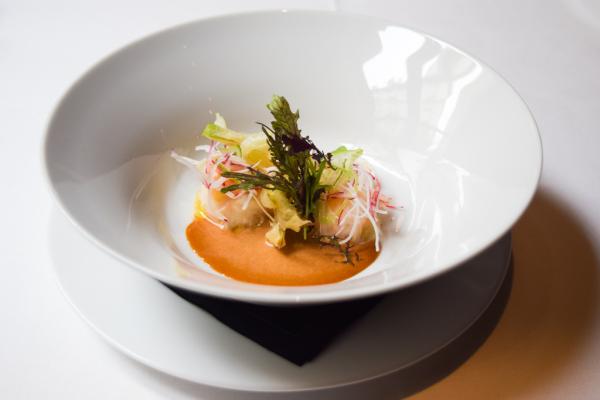 The high point of his early career came in 2006 when he became head chef of Place de la Madeleine.

At the start of 2015, Jérôme Banctel found himself preparing to take on a new challenge. He became the head of the kitchen of Le Gabriel, at La Réserve Paris. On 2016, the Guide Michelin France 2016 revealed its star-awarded tables. La Réserve Paris and its restaurant, Le Gabriel, managed by Jérôme Banctel, are proud to have joined the ranks of two-starred establishments, just a year after they opened, a true show of recognition for Banctel’s outstanding culinary prowess.

During his residence at Soneva, it is expected that visitors will get the opportunity to experience the culinary experience offered by Jérôme Banctel which follows his culinary philosophy; respect the fine product, technical nature, taste and legibility.