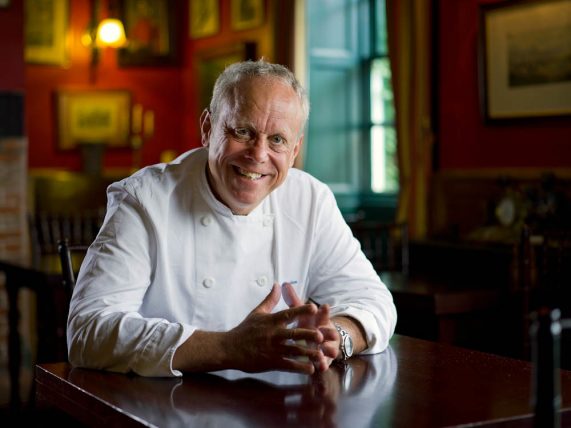 John Burton-Race to showcase his culinary delights at Soneva Fushi

Soneva to welcome John Burton-Race, during mid-August where he will be showcasing his culinary style and gastronomical delights at Soneva Fushi.

John Burton-Race is a chef, television personality and restaurateur born in Singapore. His earliest memories of cooking involved watching and helping the family Chef, which is where he discovered both his innate talent and profound passion for food and cooking.

He came up through the ranks of kitchen life, honing his craft for many years, he started as an apprentice at the Wessex Hotel in Winchester and worked his way through restaurants such as Quaglino’s – Hotel Meurice London, Chewton Glen, La Sorbonne Oxford (1*) ending up at one the true edifices of Michelin cuisine in 1983 under chef Raymond Blanc at Le Manoir aux Quat’ Saisons where he was promoted to Sous Chef. When Raymond wanted to open another restaurant in Oxford, Le Petit Blanc he turned to John to head the restaurant and the kitchen, it was here that he won his first Michelin star.

In 1986 he opened his own restaurant, L’Ortolan in Berkshire, where he earned two Michelin stars. He went on to mirror this achievement in 2000 at the JBR Restaurant at the Landmark Hotel.

In 2002 John moved to France for a year to relearn and discover ingredients and his love of cooking, Channel 4 jumped at the opportunity of a TV show, creating the hugely successful television show “French Leave”, which made John a household name. After this John moved to Devon in 2004 and opened “The New Angel” in Dartmouth, which was awarded a Michelin star in 2005 and retained it until his departure in 2010.