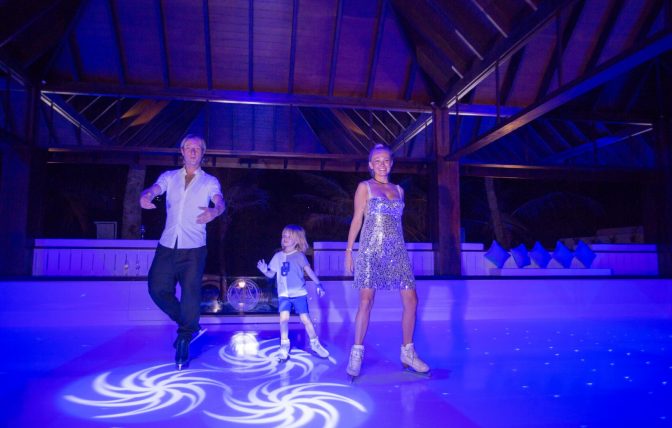 Jumeirah Vittaveli will mark the second anniversary of its eco-friendly open air ice rink with an ice skating masterclass by Evgeni Plushenko.

To honour the occasion and in keeping with tradition, Olympic gold medalist Evgeni Plushenko has graciously agreed to return once again this March and share his gift with the resort’s guests in an ice-skating masterclass. Mr Plushenko inaugurated the ice rink back in 2018 with an extraordinary presentation – showcasing his trademark jumps and head spinning pirouettes on the 87 square meter skating surface. For the first anniversary in March 2019, Mr Plushenko surprised the resort by gifting it one of his costumes and a pair of skates that he wore during his gold medal winning performance at the Olympics 2014 in Sochi. He also delighted young resort guests with a fun kid’s class where he taught easy tricks to a smooth glide on slippery ice. He and his son Aleksey, an ice skating wunderkind in his own right who regularly performs with his famous father, then engaged in a game of ice hockey with resort guests to the delight of all. 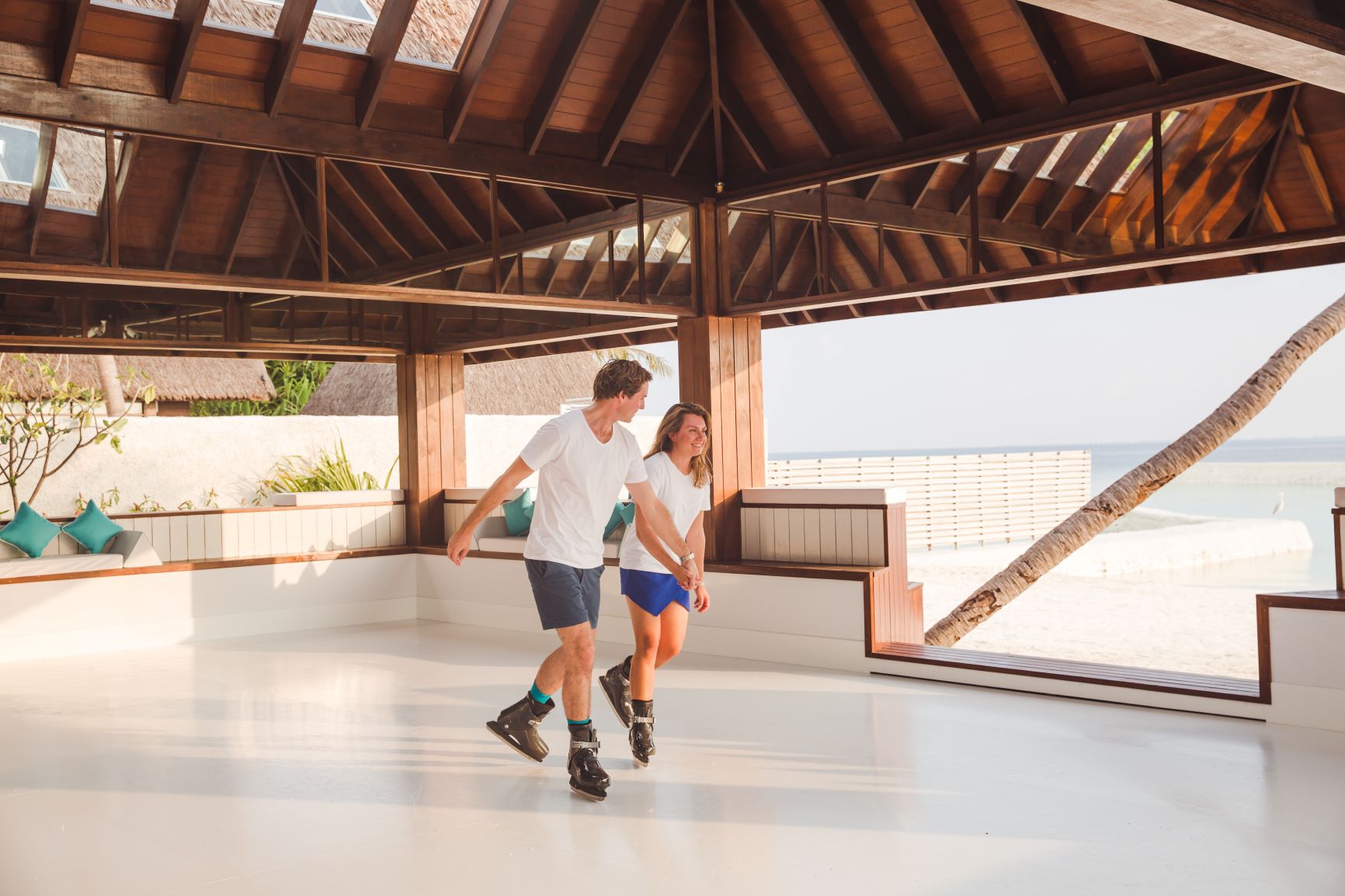 Amit Majumder, former General Manager of Jumeirah Vittaveli and now Vice President, Boutique Resorts at Jumeirah Hotels & Resorts, praised Mr Plushenko: “I can’t thank Evgeni enough for his support of our ice skating endeavor in one of the most unlikely countries for such a sport – the tropical island nation of the Maldives. When I first spoke with Evgeni in 2017 about our plan to build an ice rink on the beach, he instantly expressed his interest to be involved. Since 2018, he has visited Jumeirah Vittaveli every year to perform on the ice rink for our guests, showcasing a rare art that continues to leave guests breathless when they see him swirl and dance across the ice.” 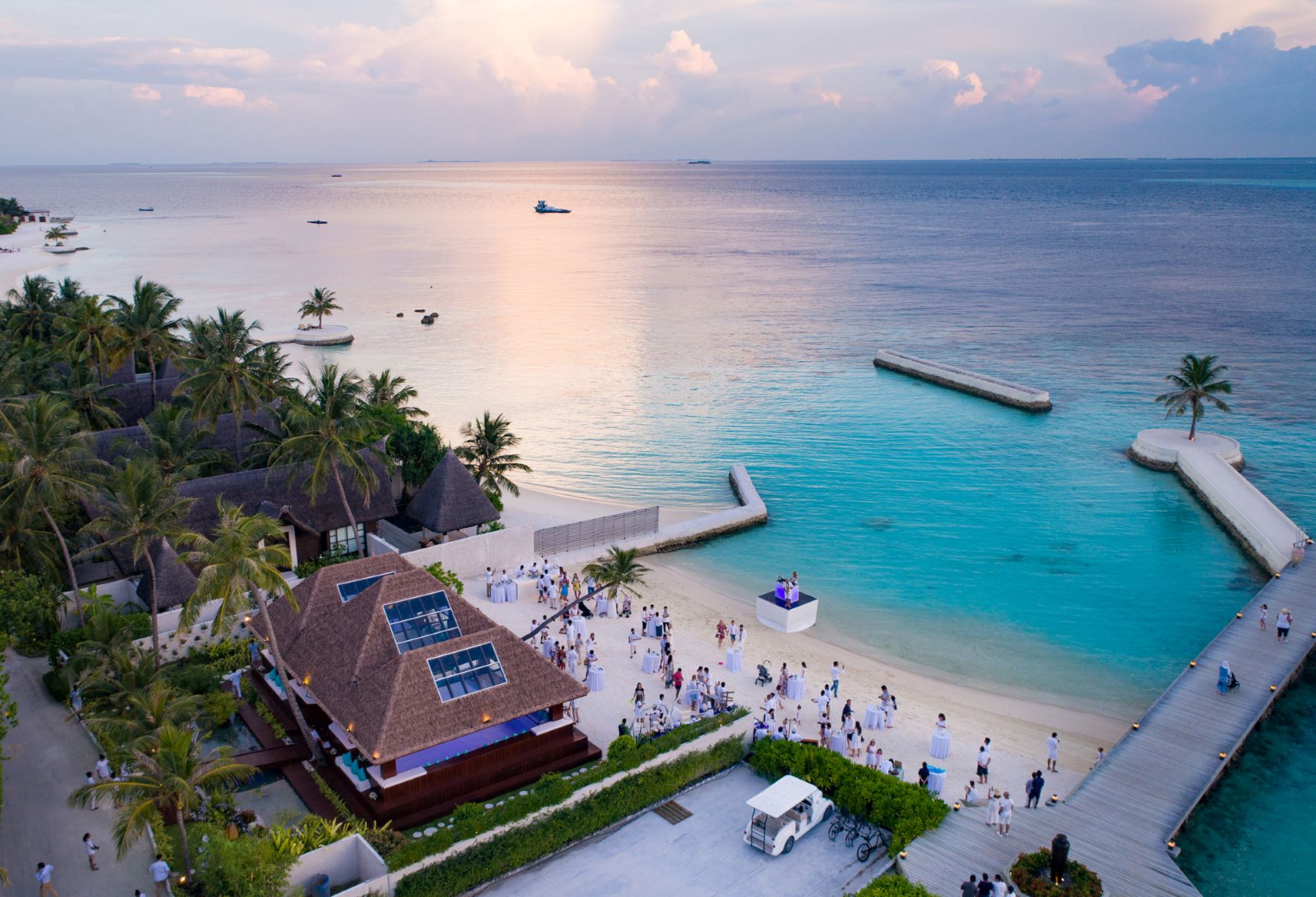 Evgeni Plushenko is an excellent figure skater and has won numerous competitions – he is a four-time Olympic medalist, a three-time World champion, a seven-time European champion, a four-time Grand Prix Final champion, and a ten-time Russian national champion. His exclusive masterclass will be open for resort guests only, and take place between 18 March 2020 and 28 March 2020, the exact date will be announced to in house guests only. The class will be held on complimentary basis.

The surface of Ice Ice Maybe is made from Glice, a sustainable artificial alternative for real ice, eliminating the need to use energy to keep the surface cool. Located on the beachside, this is the only ice rink where you may practice your pirouettes right after a leisurely swim in the gentle lagoon of a tropical Maldives island.

With a traditional Maldivian welcome and more activities to fill your days with than you can dream of, Jumeirah Vittaveli is the perfect place for all the family to speed things up or slow things down. Land and water-based activities include the destination’s first ice rink, a PADI Dive base, water sports centre, Talise Spa, six restaurants and bars, a wine library, an overwater lounge, an underground whisky and chocolate salon and a cigar lounge.