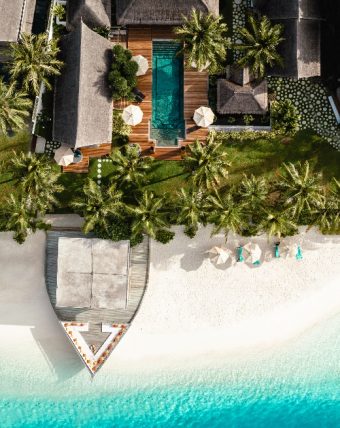 Jumeirah Vittaveli is wrapping up a year of astounding industry recognition with its success at this weekend’s World Luxury Hotel Awards at the enchanted Arctic Circle in Finland. To be named global winner for ‘Best Luxury Island Resort’, and having the lavish 5-bedroom Royal Residence recognized as ‘Best Luxury Hideaway Villa’ in the Indian Ocean region is the crowning achievement of Jumeirah Vittaveli in a year that has seen not only the resort itself but its Talise spa, two of its restaurants and the Royal Residence bring home nine industry trophies.

The year 2019 has been an exciting year at Jumeirah Vittaveli – guests can now slide into the crystal clear lagoon on the destination’s longest private water slides from the privacy of their own free standing Private Ocean Retreats with Slides, or embark on an ocean adventure on the 85 foot Azimut superyacht ‘MY Vittaveli’. Together with many other milestones, such as the opening of the 5-bedroom Royal Residence in 2017, the launch of the first eco-friendly open-air ice rink in the Maldives in 2018, and the extension of dining venues to ten distinct concepts, including an underground whisky & chocolate salon and an overwater wine library – this achievement has completed the journey of Amit Majumder as General Manager of Jumeirah Vittaveli. Mr Majumder has recently been named Vice President Boutique Resorts at Jumeirah Hotels & Resorts and will bring his in-depth expertise as well as his drive to constantly push the envelope to this new branch of the Jumeirah Group, while still overseeing Jumeirah Vittaveli. 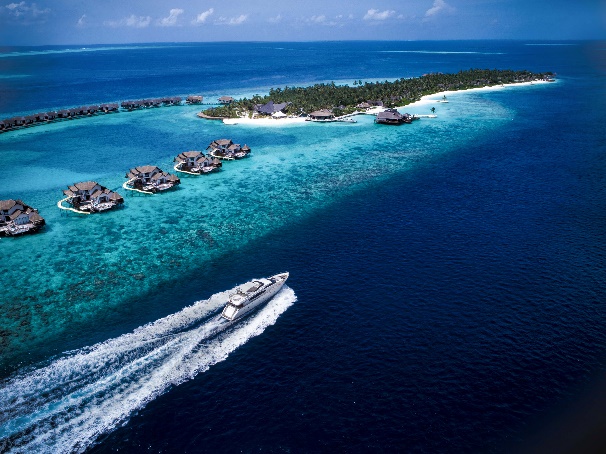 Mr Majumder attended the World Luxury Hotel Awards gala in Finland on behalf of Jumeirah Vittaveli and commented: “To receive the global award for ‘Best Luxury Island Resort’ as voted on by our industry peers and guests is an honor beyond compare. I count myself incredibly lucky to have had the pleasure of working with the passionate team Jumeirah Vittaveli for seven years – without each and every one of them, our resort wouldn’t be what it is today. Having achieved such recognition for Jumeirah Vittaveli gives us further confidence to grow the Boutique Resorts portfolio.”

Jumeirah Vittaveli has consistently been recognized for outstanding achievements, such as the award for ‘Maldives Leading Luxury Resort’ at the South Asian Travel Awards, or the recognition for ‘World’s Leading Honeymoon Resort’ at the World Travel Awards. The Royal Residence has been named ‘Most Luxurious Hotel Villa’ by the HIDEAWAYS awards, and ‘Indian Ocean’s Leading Luxury Hotel Villa’ at the World Travel Awards. The resort’s signature restaurant Swarna has been named ‘Best Indian Cuisine in Asia’ four years in a row by the World Luxury Restaurant Awards, just like French fine dining restaurant Fenesse received the title of ‘Best French Cuisine in the Indian Ocean region’. The Talise spa at Vittaveli has received the title of ‘Best Luxury Wellness Spa’ each year since 2016 at the World Luxury Spa Awards.

With a traditional Maldivian welcome and more activities to fill your days with than you can dream of, Jumeirah Vittaveli is the perfect place for all the family to speed things up or slow things down. Land and water-based activities include the destination’s first ice rink, a PADI Dive base, water sports center, Talise Spa, six restaurants and bars, a wine library, an overwater lounge, an underground whiskey and chocolate salon, and a cigar lounge. We’ve curated a collection of all of the most remarkable experiences the Maldives has to offer in one place. Shape your own unique Maldives experience here.

Established in 2006, World Luxury Hotel Awards is the pinnacle of achievement in the luxury hotel industry offering international recognition as voted by guests, travelers and industry players alike. Over 300,000 international travelers vote each year, during a four-week period to select the winners. Properties from over 120 countries competed in the 2019 awards and it is truly an honor to be one of the selected nominees and winners.