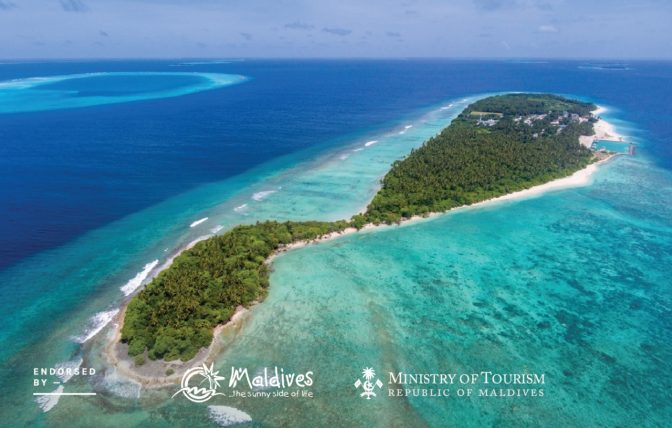 Kinolhas – The Island of High Trees According to Ibn Battuta

Famous for its hospitality, the island is located about 120km away from capital city in North Maalhomasmadulu Atoll. You can reach Kinolhas within 2hr 30 minutes by speed or 35 minutes by seaplane from Male’ to the nearest resort island resort – Adaaran Meedhupparu – and then by taking another speed boat or a joyride via local Dhoani (boat). Guests can also visit the island by domestic airlines and the closest airports are Ifuru and Dharanvandhoo airport; from thereon a short speed transfer from domestic airport to Kinolhas.

Kinolhas is the most southern island of the Atoll with a land area of 54 hectares. The island got its tropical touch surrounded by own lagoon in turquoise waters with pure white sandy beaches. The first thing anyone will see when they look at the island from a distance will be its row of coconut palms and high-rise trees. If you are travelling from a seaplane you could see the beautiful island from above shaped like a whale shark. 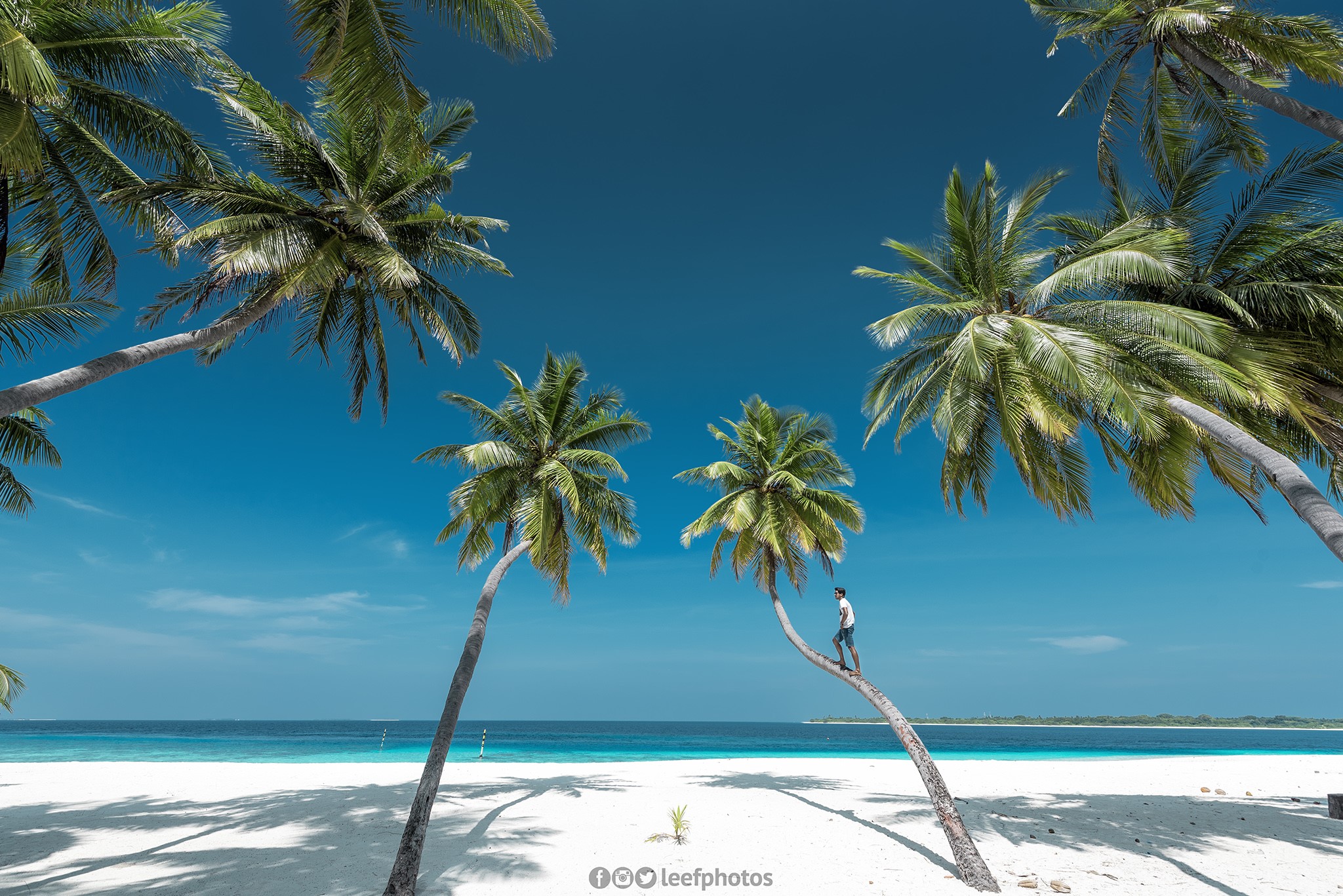 It is well known that the stories of Kinolhas has been engraved in the Maldives history books. During 14th century, for instance, the famous traveler Ibn Batutta visited Kinolhas twice during the spell of Abdul Aziz – Somalian from its capital Mogadishu, who was the Island chief by then. Adequate evidences and signs in different parts of the island show some historical figures lived in the island in the past. According to Ibn Batutta, Kinolhas had 40 mosques, however, there is little evidence that we have that many. He used to describe Kinolhas as one of the greatest islands of hospitality, peacefulness, kind people and lot of high-rise trees where the surrounding four Atolls could see them. Recently a huge historical stone was collected from the island and taken to the Museum in Male’.

Today the island’s population is about 650 people spreading over a little more than 100 households. Raa Atoll is third densest Atolls in the Maldives; however, its population has been one of the lowest in the region for the past couple of decades. Nearly 25% of residents lives in Male’ City (the capital of Maldives). About 140 students are currently studying at school and it teaches up to 10th Grade.

Majority of the population, about 60%, engage in fishing related activities, and nowadays, a lot of youths are actively participating in fishing. Agriculture is one of the main economic activities carried out continuously over the years and people have yield from it. Most of the tropical fruits and vegetables are home grown and available throughout the year and especially they are harvested for Ramadan. Minority engage jobs in resorts and tourism related areas. Boat building is common during early days of 1980s and 1990s specially the mechanized boats for fishing. Now it is slowly becoming a commercial activity in the island, which creates income for the businesses and job opportunities for locals. 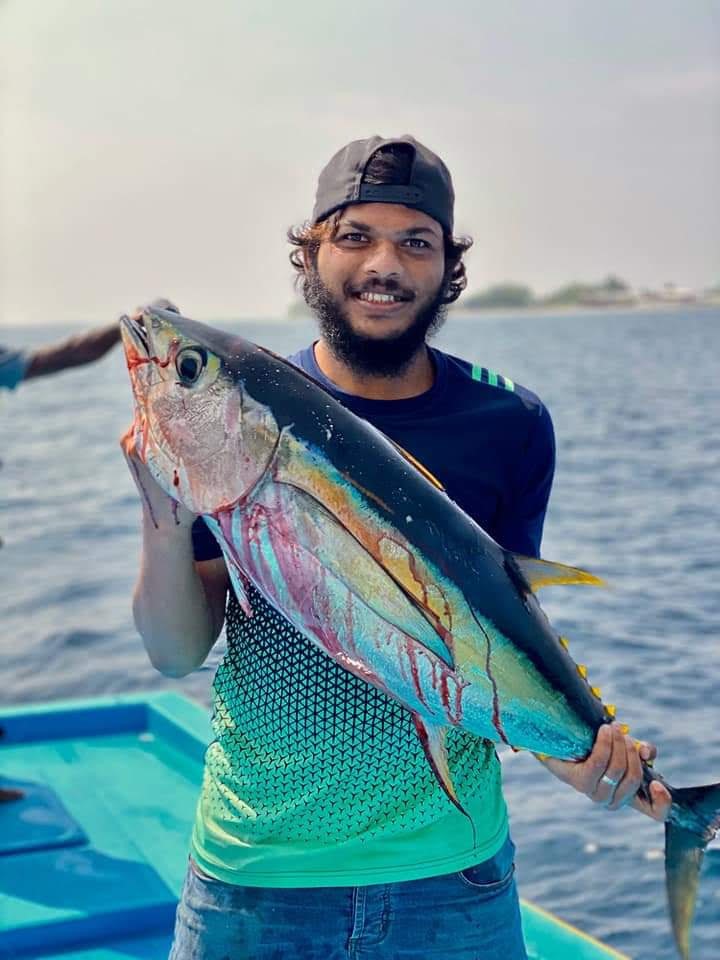 Pausing for a pic with his first ever catch of yellow-fin tuna / Pic: Kinolhahu council

Craftsmanship is one of the cultural arts that have been in the island for many years. Coir rope making or ‘Roanu Veshun’ is one of the traditional handicrafts in the Maldives. Together making coir rope, thatching is a widely practiced activity since long and it has economically benefited each and every household in the past and present. Additionally, different types of household items are also being made in traditional style with available materials from island itself. 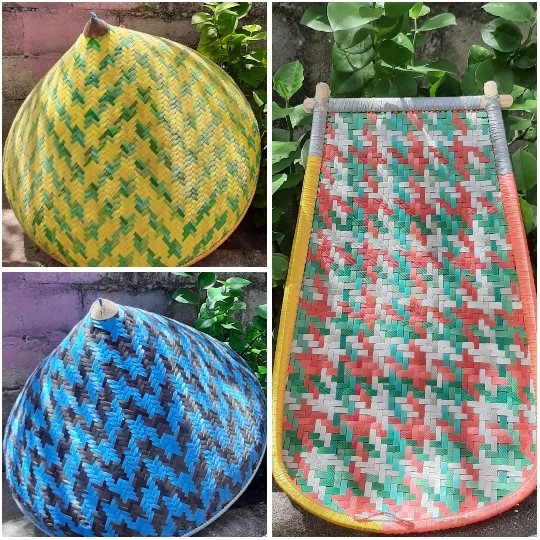 Domestic tourism or guesthouse tourism is yet to explored, and at the moment, Kinolhas is without one. However, home-stay lodging facilities are available in the island. In fact, this could be one of the key areas where the island could obtain more economic benefits. The island is famous for its house-reef and has been continuously been used for scuba diving by the guests from nearby resorts. However, it is yet to be regarded as an income source to the island as none of the resorts pay a fee at the moment. Ahmed Hussain, the President of Kinolhas Council, indicated that significant work has been engaged with respective parties (including private and public sector) to make better use of house-reef, especially for tourism purpose as an inclusive part of income generation to the island. This is a dream of both the President as well as the community of Kinolhas. 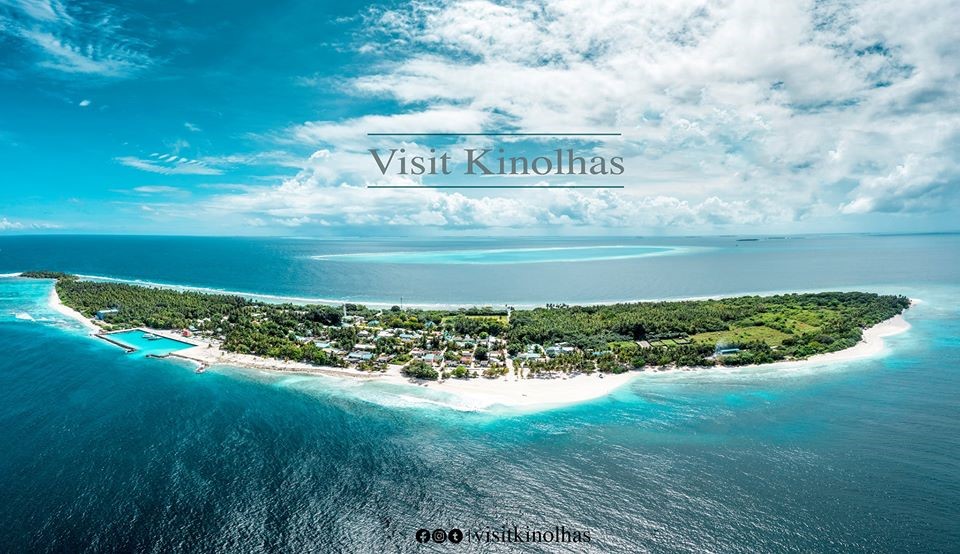 An aerial pic of the island / Pic: VisitKinolhas

Kinolhas is positioned in a strategic location, one that comes with the best surf-breaks; this is one of the unique selling points. Mangroves are common in various parts of Maldives. Kinolhas has an area of mangroves and a lot of red mangrove seeds ‘kandoo & randoo’ are found at different times of the year especially in the area commonly named as ‘Huraa’ by the islanders.

The island community itself has its strengths in coming together achieving great things. They have done good job in keeping the island clean. At the moment Council itself collects garbage/rubbish from every household and segregate them into different types of wastes. Indeed, they do collect garbage every evening and gather them to the specific location, compost waste and make available public to buy for agricultural purposes. Recently, they have made a dedicated beach area known as ‘Ganduvaru Beach’ for public to enjoy and spend time with their families and friends. Since its opening, the place has been in good use: beach weddings, BBQs and family picnics. 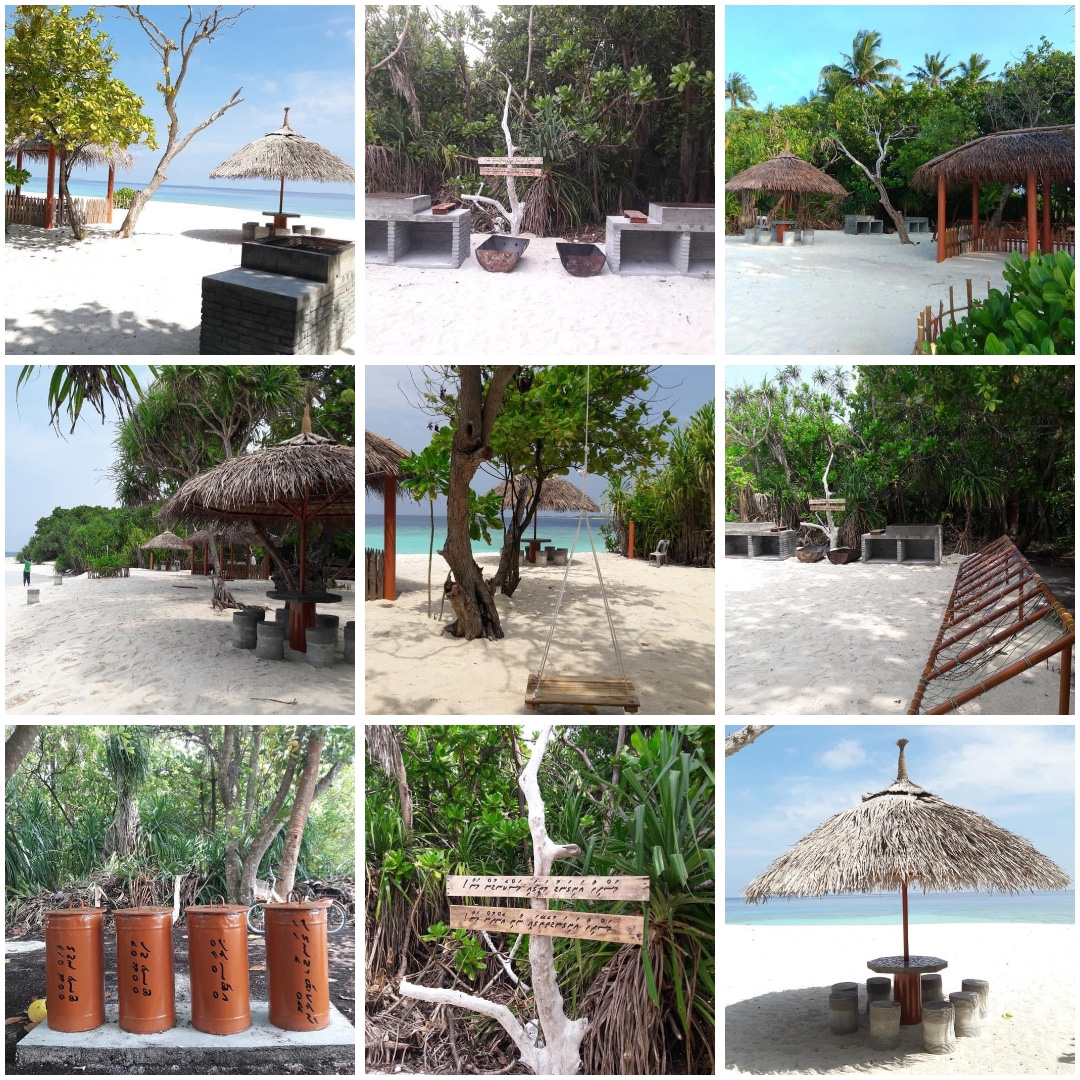 On a more contemporary highlight, Kinolhas has produced well-known sportsmen over the years especially in the field of volleyball. Adam Naseem (pic below) is a renowned figure in the field of volleyball in Maldives right now and he currently plays for MNDF. He is also one of the important players in Maldives national volleyball team as well as in the beach volleyball team. In fact, volleyball has become the number one sports in the island over the last two decades. An annual volleyball competition has been conducted continuously over the last 20 years, which is initiated by ‘Jamiyyatul Iththihad’ – an NGO aged more than 40 years established by the locals to enable activities related to social well-being. However, one of the oldest sports carried out in the island since 1992 was ‘bashi’ tournament and it’s noteworthy that Kinolhas team has been at apex over the years among others in the Atoll. 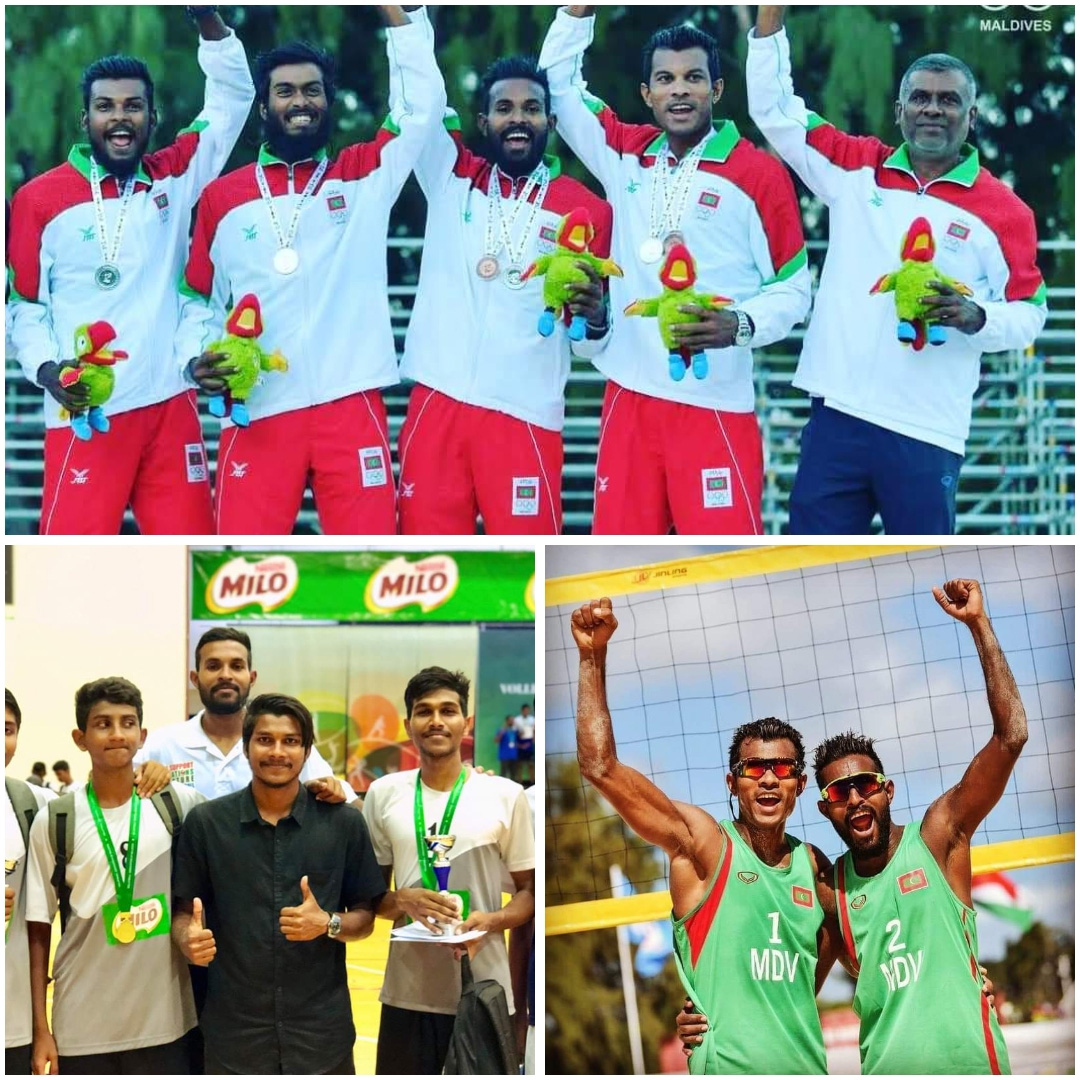 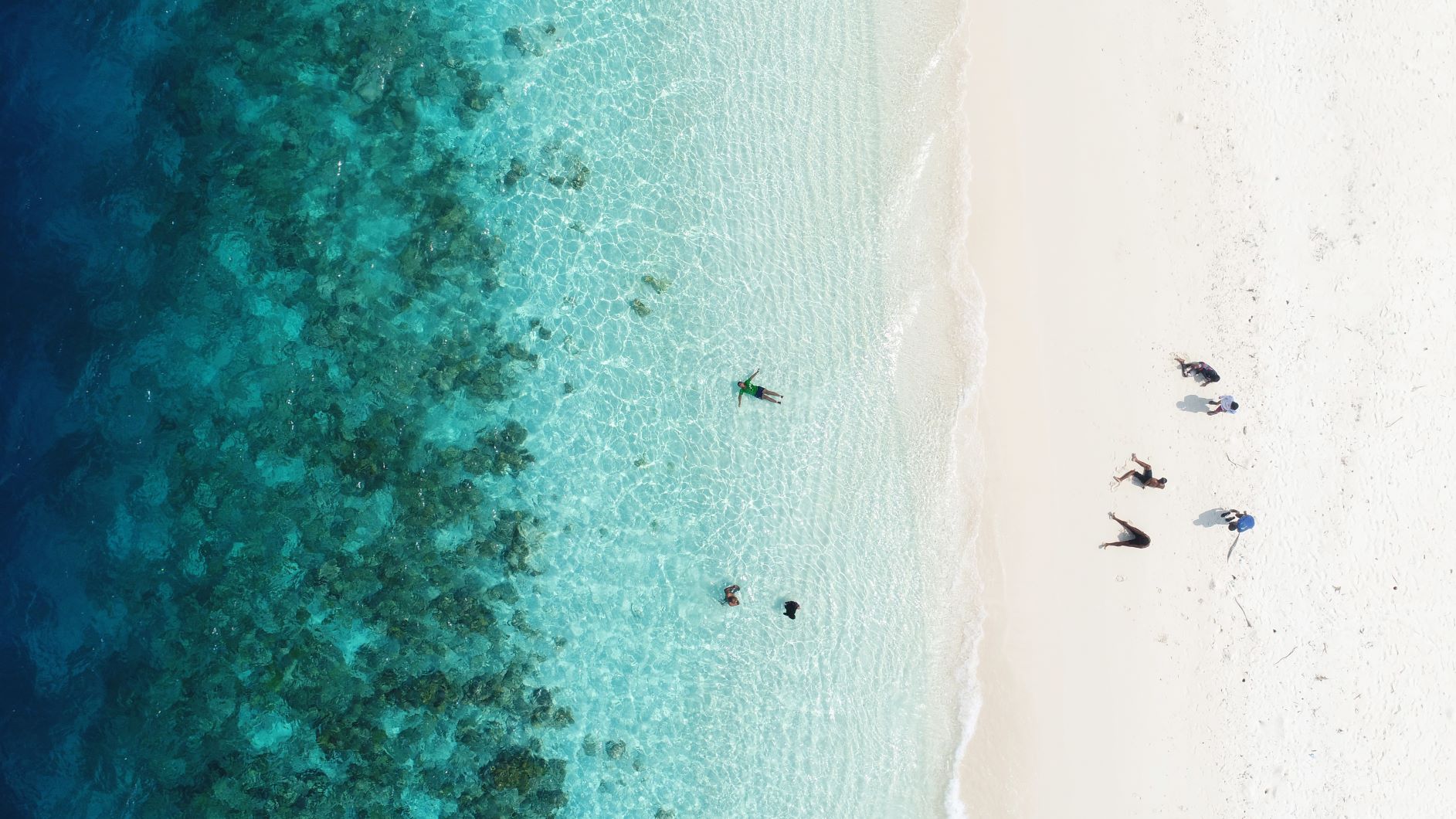 Bird eye view of people resting at the beach of the island / Pic: Leefphotos 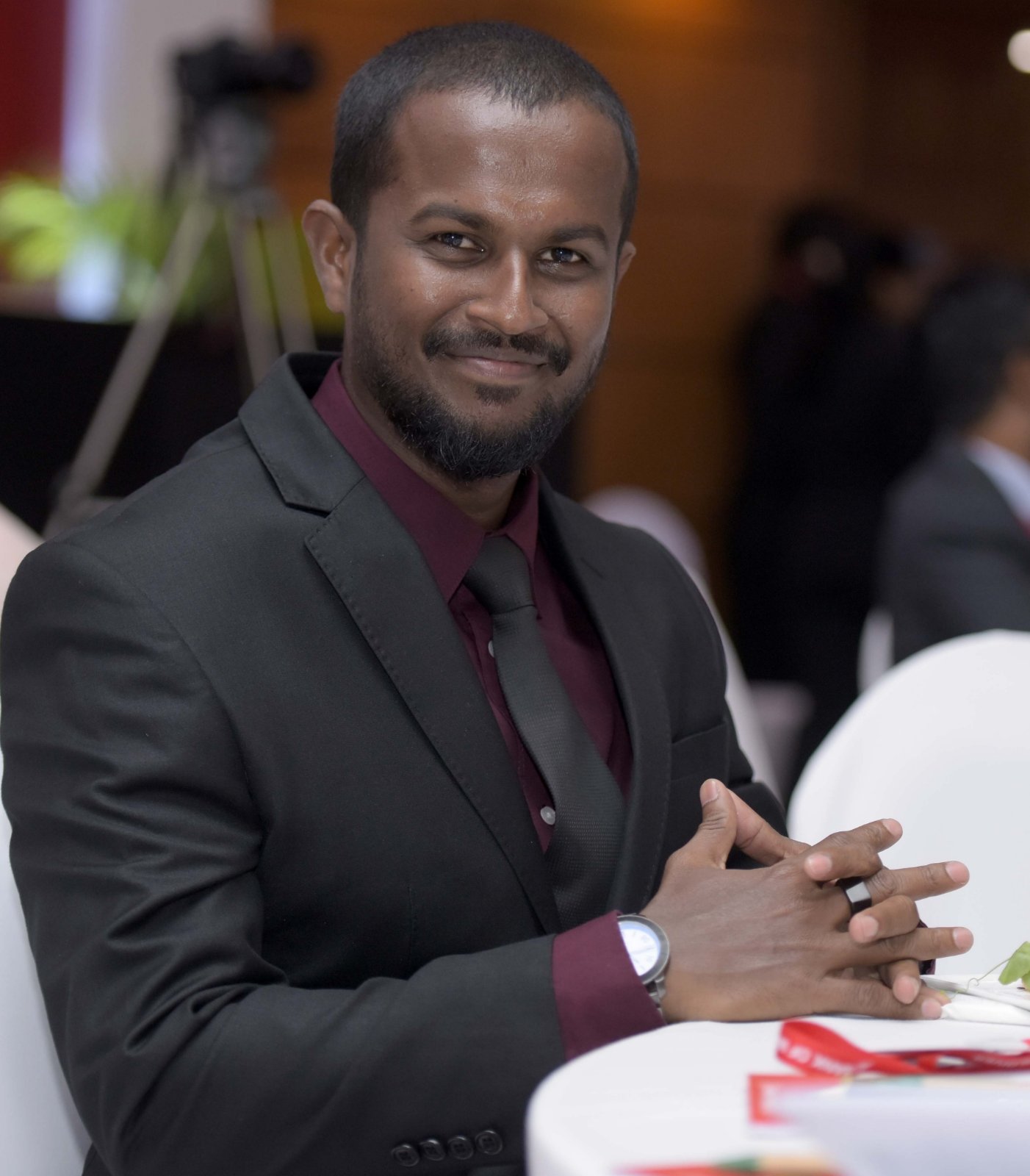 About the writer: Ahmed Riza holds a MSc in Finance and a Bachelors of Hospitality and Tourism Management. With 10 years of experience in corporate sector in tourism and banking, he is a also a part-time lecturer in hospitality, tourism, accounts and finance since 2011.

Featured Image:  An aerial view of Kinolhas from East to West. Huraa is seen from nearest. Pic: Leefphotos