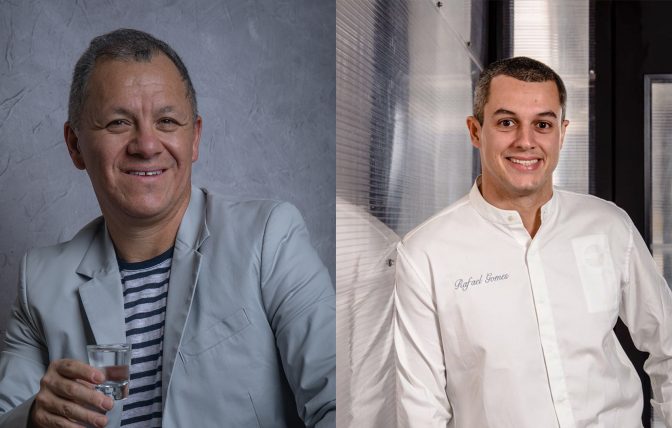 Le Méridien Maldives Resort & Spa’s ‘Culinary Season’ is set to launch the resort’s premier dining programme, showcasing some of the best dishes, beverages and dining experiences from all around the world. From Michelin star awarded chefs, award-winning to trendsetters, the resort is set to invite chefs, baristas and mixologists from the world’s top restaurants and bars to offer their unique talents, signature dishes and delicious mixes.

A master of inventive cuisine, the young Brazilian and Michelin Star chef Rafael Gomes is known for generous and fined gastronomic voyages, expect a nourishing journey abundant with fresh herbs and spices. Starting his career in the United States, he has ventured onto Alaska, Asia, Europe and in particular Paris, and has established himself as a global chef and cooked for some of the best restaurants in the world such as Mirazur and GrandCoeur. Chef Gomes currently runs his own restaurant, Itacoa, a culmination of his experiences, providing accessible cuisine full of flavours. He will be at Le Méridien Maldives Resort & Spa from 3-6 May and would be hosting two multi-course dinners, a beach barbecue and an exclusive dining experience at the resort’s private island, Bodu Finolhu.

Hailing from Licorería Limantour the world’s top 6 bar on the list of ‘World’s 50 Best Bars’, Benjamin Padrón is a legend among the global bar landscape. The successful innovator and entrepreneur have kept Licorería Limantour on top of the mixology world and paved the way to the modern cocktails trends. Visiting between 12-14 May, Benjamin will not only be crafting his signature mixes by the beach, but he will also be pairing his creations at exclusive dinners and set to make Bodu Island the best bar in the world for one spectacular evening.

Following Benjamin, the month of June will be dedicated to coffee with Fabrizio Aquè visiting Le Méridien Maldives Resort & Spa. Aquè is an illy Master Barista having graduated from illy’s own Università del Caffè (University of Coffee) and is responsible for training baristas within the Asia Pacific region. So the resort’s guests are in for a treat under the capable hands of Aquè from 6-10 June and learn to brew or simply enjoy the best of Aquè’s signature drinks.

Having trained in his hometown Lyon/France, Chef Walter Ishizuka is renowned for his gastronomic heritage build over at some of the best restaurants in Paris. To start, he worked for four years at Lyon’s famous 3 Michelin starred restaurant owned by Paul Bocuse. Next three and a half years at the Hotel Ritz’ 2 Michelin starred restaurant L’Espadon in Paris. During this time Walter Ishizuka spent time travelling and showcasing the beautiful craft of French cuisine around the world. Walter will be taking over the kitchen of the resort’s signature Japanese-French fusion restaurant Tabemasu in a series of Omakase dinners between 11-13 of July.

The Culinary Season of Le Méridien Maldives Resort & Spa will be announcing more legends of the restaurant & bar world in the upcoming months, along with exclusive stay packages to enjoy time with these masters of their craft.

For further information or to make a reservation, please visit www.lemeridien-maldives.com.