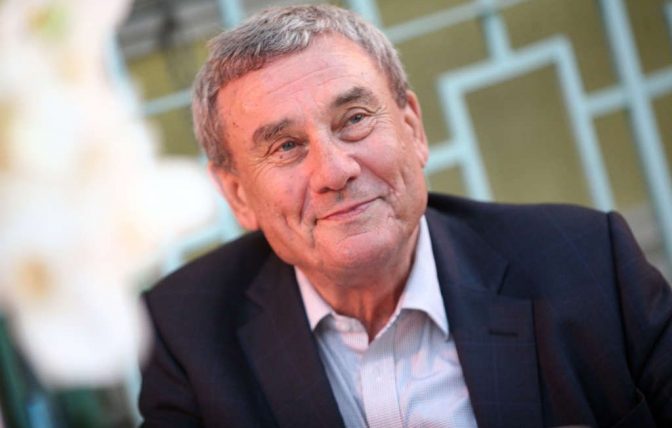 Solomon (Sol) Kerzner, one of the world’s most innovative hoteliers, founder of the Southern Sun hotel group, Sun International and Kerzner International, has died of cancer surrounded by his family at the Kerzner family home, Leeukoppie Estate, in Cape Town, South Africa. Always a maverick, Kerzner was a titan of the hotel and resort industry who redefined the scale and scope of integrated destination resorts worldwide. He was 84.

The son of Russian immigrants, Kerzner was born in Johannesburg, South Africa, in 1935. The youngest of four and the only son, Sol was a working class boy from a rough neighbourhood but he would grow up to become one of the most influential entrepreneurs in South Africa. Having founded the country’s two largest hotel groups — Southern Sun and Sun International — Kerzner would go on to achieve international prominence with groundbreaking resorts that helped transform the tourism industries not only of his home country but of Mauritius, The Maldives, The Bahamas, Dubai and other important international destinations.

Kerzner’s career in hospitality began in 1962 when he decided to leave the accounting profession and purchased The Astra, a small inn in Durban, South Africa. Kerzner quickly transformed this rundown establishment into one of the most popular hotels in the area, a success that whetted Sol’s insatiable appetite for innovation and demonstrated a trademark ingenuity that would define his 60-year career.

Kerzner’s most monumental and controversial achievement was the creation of Sun City. Here, in an area north of Johannesburg where there were no roads and no infrastructure, Sol imagined and delivered the most ambitious resort project in all of Africa. Commencing work in 1975, over the next ten years, Kerzner built four hotels, a man-made lake, two Gary Player golf courses, and an entertainment center with an indoor 6,000-seat arena, which played host to a world-class roster of artists including Queen, Frank Sinatra, Liza Minelli, Shirley Bassey, as well as huge world title fights, and many other spectacular events. Once again, Kerzner defied the naysayers to train a best of breed workforce and to operate Sun City on a totally non-racial basis. Even the most cynical of visiting overseas journalists had to concede defeat in trying to find racism behind the operation of the vast resort.

Sol is survived by his children Andrea, Beverley, Brandon and Chantal and ten grandchildren. His eldest son, Howard ‘Butch’ Kerzner died in 2006.

Sol Kerzner will be buried at a small, private funeral with only immediate family in attendance