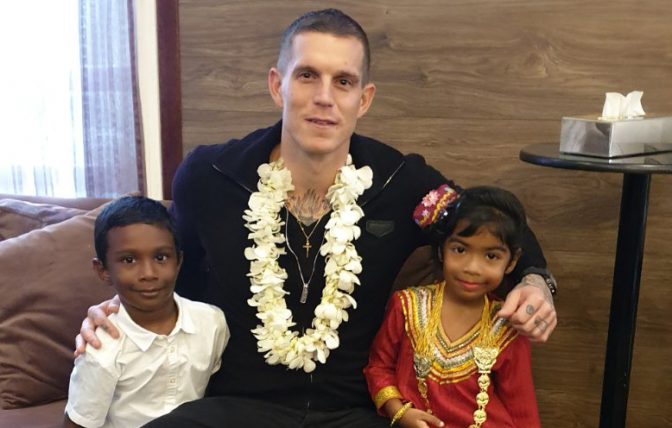 Daniel Munthe Agger  is a Danish retired professional footballer and tattoo artist who played as a central defender for Brøndby and Liverpool and captained the Denmark national team. Agger was described as “a fine reader of the game, comfortable on the ball and blessed with a ferocious shot”. He was the 2007 and 2012 Danish Football Player of the Year.

He started his senior career with Brøndby in July 2004, winning the Danish Superliga and the Danish Cup, before moving to Liverpool in January 2006. He made 175 Premier League appearances for the club (232 total) and won the League Cup and Community Shield. Agger returned to Brøndby for personal reasons in August 2014, and retired two years later at the age of 31.

A full international since 2005, Agger earned 75 caps and scored 11 goals for Denmark. He represented the nation at the 2010 FIFA World Cup and UEFA Euro 2012, captaining his country at the latter.

Liverpool FC Maldives informs that the ‘Meet and Greet Agger’ event is said to take place in Male’ where the supporters will get the opportunity to meet Agger and take selfies with him.