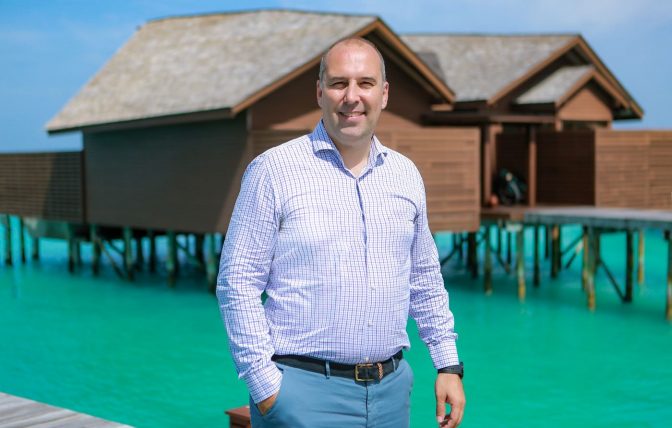 Desislav Gospodinov has been appointed as Group Director of Sales & Marketing (GDOSM) for Lily Hotels’ two award-winning luxury resorts, Hideaway Beach Resort & Spa, and Lily Beach Resort & Spa. He brings with him more than 10 years of sales management experience and an international record to match it, spanning across Europe and Asia.

Though he attended higher education in England, both at the University of Portsmouth and Cardiff Metropolitan University, it was in Bulgaria where Mr. Desislav’s career in hospitality began. Since 2005, he has proven sales experience with luxury venues and big names, spending multiple years working at places like Hilton, Starwood, and Yastrebets in the capital Sofia. From Senior Sales Manager to Sales & Marketing Director, and even a stint as General Manager, Mr. Desislav is well acquainted with steering company performance, profit, and strategy.

He is not just capable for the GDOSM position; he is also a familiar face. Mr. Desislav previously served as Director of Sales & Marketing at Lily Beach Resort & Spa from 2015-2017. During these two years, he cultivated better online business, oversaw the creation of Lily Beach’s popular mobile application, and helped to diversify the overall market. He is very proud of these accomplishments and left a lasting and positive impact on the company.

Most recently, he was the Area Sales Director for Centara Hotels & Resorts overseeing their resorts in the Maldives. He was responsible for sales in their Maldivian properties and entering new markets in Asia and the Americas. Although he was based in Bangkok and enjoyed this position, the island life of the Maldives was never far from his mind.

Now that he is back in full force, Mr. Desislav has expressed pure excitement at starting his new role. Although Hideaway and Lily Beach are very different hospitality products, he views it as a fun challenge- especially during this period of unpredictability caused by the pandemic. There are many great qualities about both resorts, and he is ready with new perspectives to bring these to a higher level. With his understanding of the tried-and-true Lily model, familiarity with management, and knowledge about the properties, Mr. Desislav plans to reengage markets that have been affected by the pandemic and increase the brand’s competitive edge.

Lily Hotels welcomes their new (but not so new) team member with open arms, and looks forward to continued collaboration, picking up exactly where they left off in 2017.