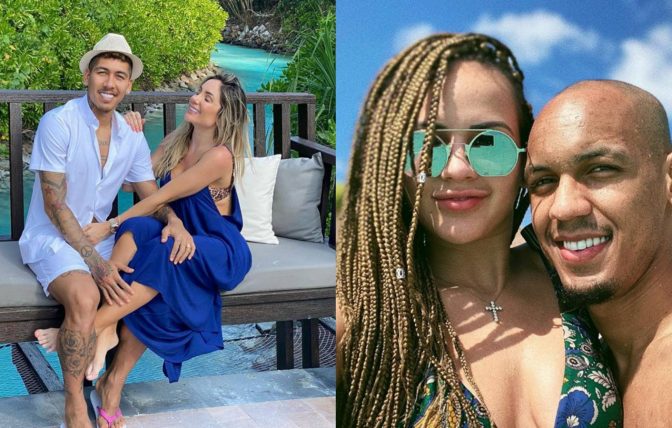 Liverpool FC stars Roberto Firmino and Fabinho are all smiles this week as they enjoy time away from football vacationing at the Maldives.

Roberto Firmino is a Brazilian professional footballer who plays for Premier League club Liverpool and the Brazil national team as a forward, attacking midfielder or winger. After starting his career with Figueirense in 2009, he spent four-and-a-half seasons at Hoffenheim. His 16 goals in 33 games for the 2013–14 Bundesliga season earned him the award for the league’s Breakthrough Player. In July 2015, he signed for Premier League club Liverpool.

Fábio Henrique Tavares, known as Fabinho is a Brazilian professional footballer who plays as a defensive midfielder for Premier League club Liverpool and the Brazil national team. After starting off at Fluminense, he transferred to Rio Ave in 2012. He spent his entire time there out on loan, first at Real Madrid Castilla, and made one substitute appearance for the first team. In his debut season at Liverpool he won the UEFA Champions League.

While Roberto Firmino is in Maldives with his wife Larissa Pereira, Fabinho is also enjoying the paradise destination with his wife Rebeca Tavares.

Both wives shared sneak-peek into their holidays in the Maldives on their Instagram accounts.