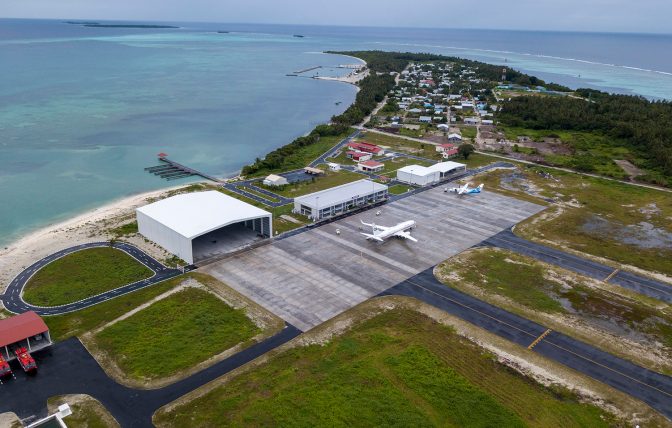 Maafaru International Airport Takes Up a Busy Season with 95 Private Jets So Far in December!

Maafaru International Airport continues to up its take this holiday season with 95 jet landings so far in December 2020. The the number is expected to reach 100 by the end of the month and will look forward to a similar busy month in January 2021 where the airport will carry on to handle private jets at its full capacity.

Mumthaz Ali, General Manager of Maafaru International Airport highlighted that the airport welcomed 15 private jets in July, 14 jets in August and 13 jets in September. While the number of jet landings spiked to 41 in October, the number went on the rise to 65 private jets in the month of November. This is a 59% increase.

The airport witnessed a busy day with 20 jet landings on 26th December 2020. So far this month, Maafaru International Airport has welcomed an average of 7 jets a day. Maafaru International Airport has the capacity to park 10 jets at a given time. However, with the increase in demand this holiday season, the jets have been diverted to other regional airports for parking.

Maldives tourism continues to grow with the season with 542,287 tourist arrivals as of 27th December 2020. The destination has welcomed a total of 159,440 tourists since border reopening.