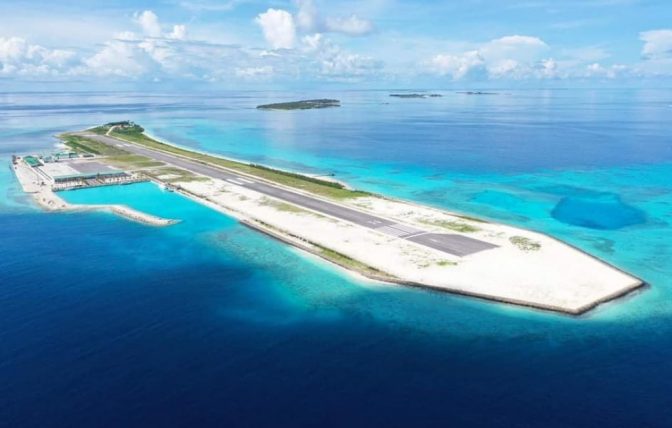 Island Aviation Services Limited announces that commercial flights to Madivaru Airport will begin from 18th February 2022. The airport will officially be opened by President Ibrahim Mohamed Solih this Friday as well.

The development of the airport and city hotel on Madivaru was contracted to Kuredu Holdings Pvt Ltd, a Crown and Champa Company subsidiary, on 29th May 2018. The first test flight to Madivaru was operated by national airline Maldivian which landed at Madivaru on 25th December 2021. Island Aviation Services signed the agreement to operate the airport on 17th January 2022.

Madivaru Airport consists of a 1,200-metre runway, terminal, aircraft parking area, and a fire building. The airport was developed as part of the government’s pledge to establish airports within 30 minutes of every inhabited island in the Maldives. This is the first airport to be developed in Lhaviyani Atoll, which consists of four islands and a population of 13,000 residents. The atoll also consists of a large number of resorts, with more being developed.