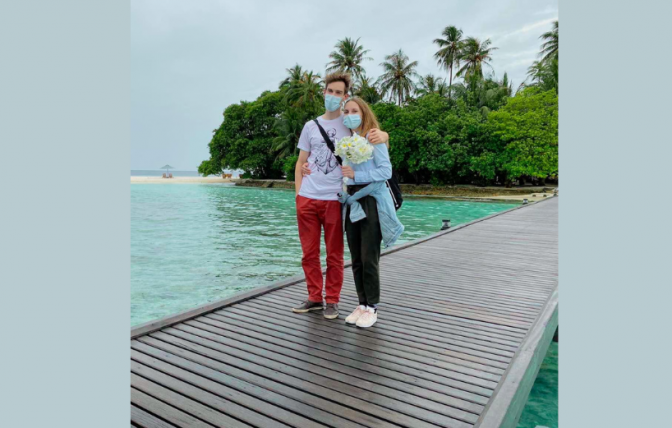 Ms. Burki and her partner arrived in Male’ from Switzerland on 12th December, on an Emirates flight. Upon arrival, she was informed by MMPRC and Maldives Immigration officials that she was the 100,000th visitor since the international border reopened. She posed for photos and received prize gifts.

“It was a bit unexpected but we are delighted and feel honored to have been selected as the 100,000th guest,” said Ms. Burki. 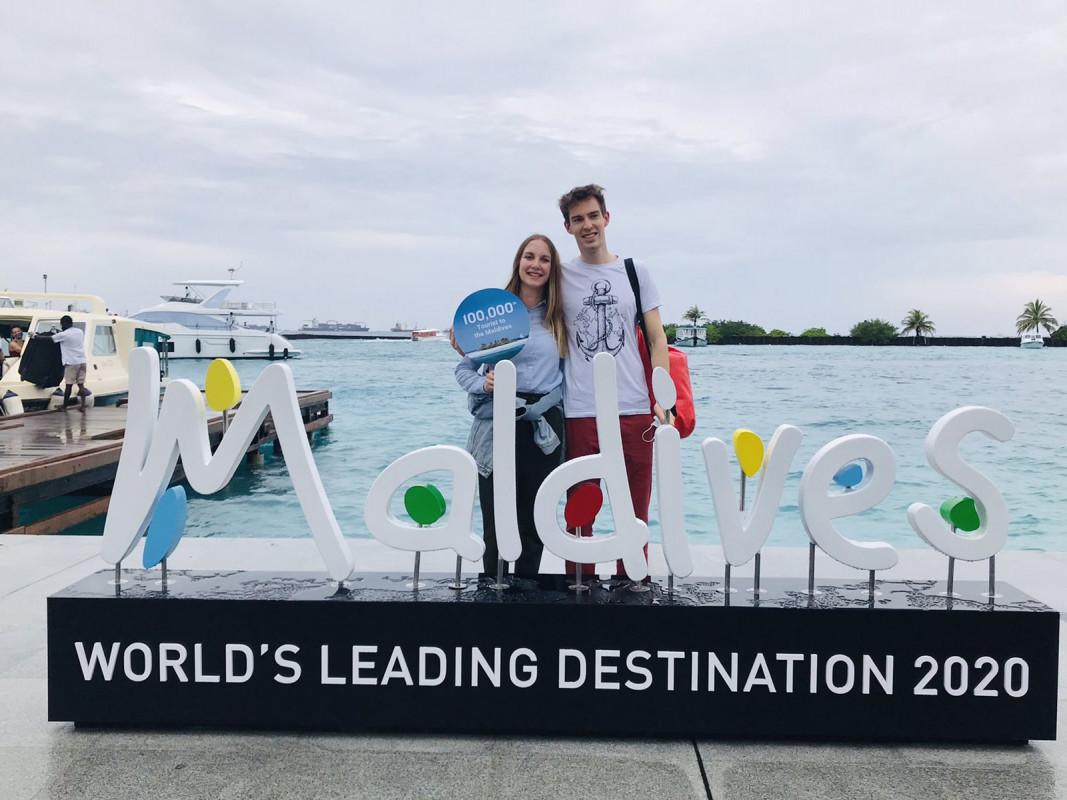 “We got from the terminal to outside very quickly, it was a smooth process at the airport. We are very happy for being the lucky 100,000th guest, we were grateful for the gifts.

“From Embudu, we got a free room upgrade to a Water Villa, a special beach dinner, and a special cake. Thank you!”

Ms. Burki said she chose to holiday in Embudu Village primarily because of the resort’s reputation for excellent scuba diving.

“We wanted to do diving in the colourful house reef and amongst the rich marine life in Maldives. Embudu Village is one of the best dive attractions in Maldives,” she said.

Embudu Villages’ dive school is operated by Diverland Maldives, one of the Maldives’ most experienced dive operators who have been taking guests diving since 1986. The resort is close to some of the country’s most famous dive sites, including Lion’s Head and Wadoo Caves.