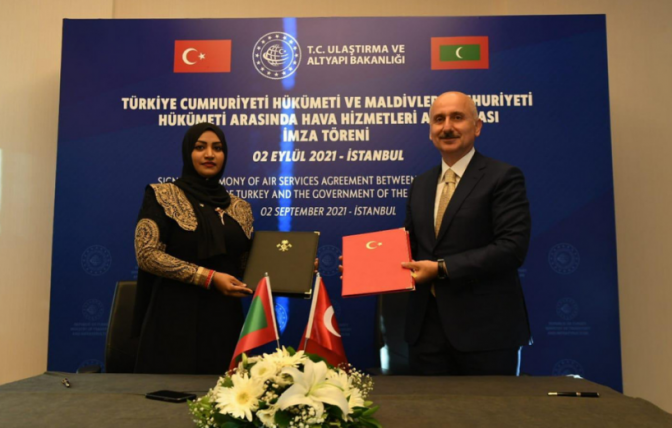 Maldives has signed an air service agreement with Turkey in order to develop the tourism sector of both countries.

He also iterated that this agreement would strengthen the bond between the two nations and help enhance their respective economies and tourism sectors.

After the signing ceremony, both ministers had a private meeting in which discussions were conducted on ways Maldives can further develop their air service connections with Turkey, in addition to transport services through sea.