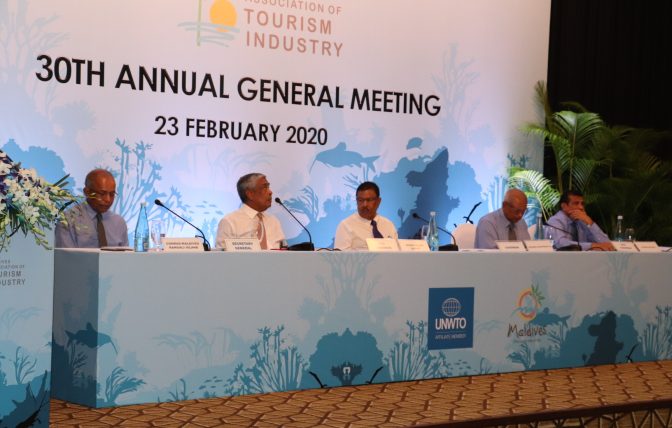 The Minister of Tourism Hon. Ali Waheed attended and spoke at the event as the guest of honor. Additionally, the Managing Director of MMPRC, Mr. Thoyyib Mohamed and other senior representatives of the Ministry of Tourism attended the event.

The Chairman of MATI, Mr. Mohamed Umar Maniku initiated the AGM by giving the official opening remarks, followed by remarks by the Minister of Tourism Hon. Ali Waheed. 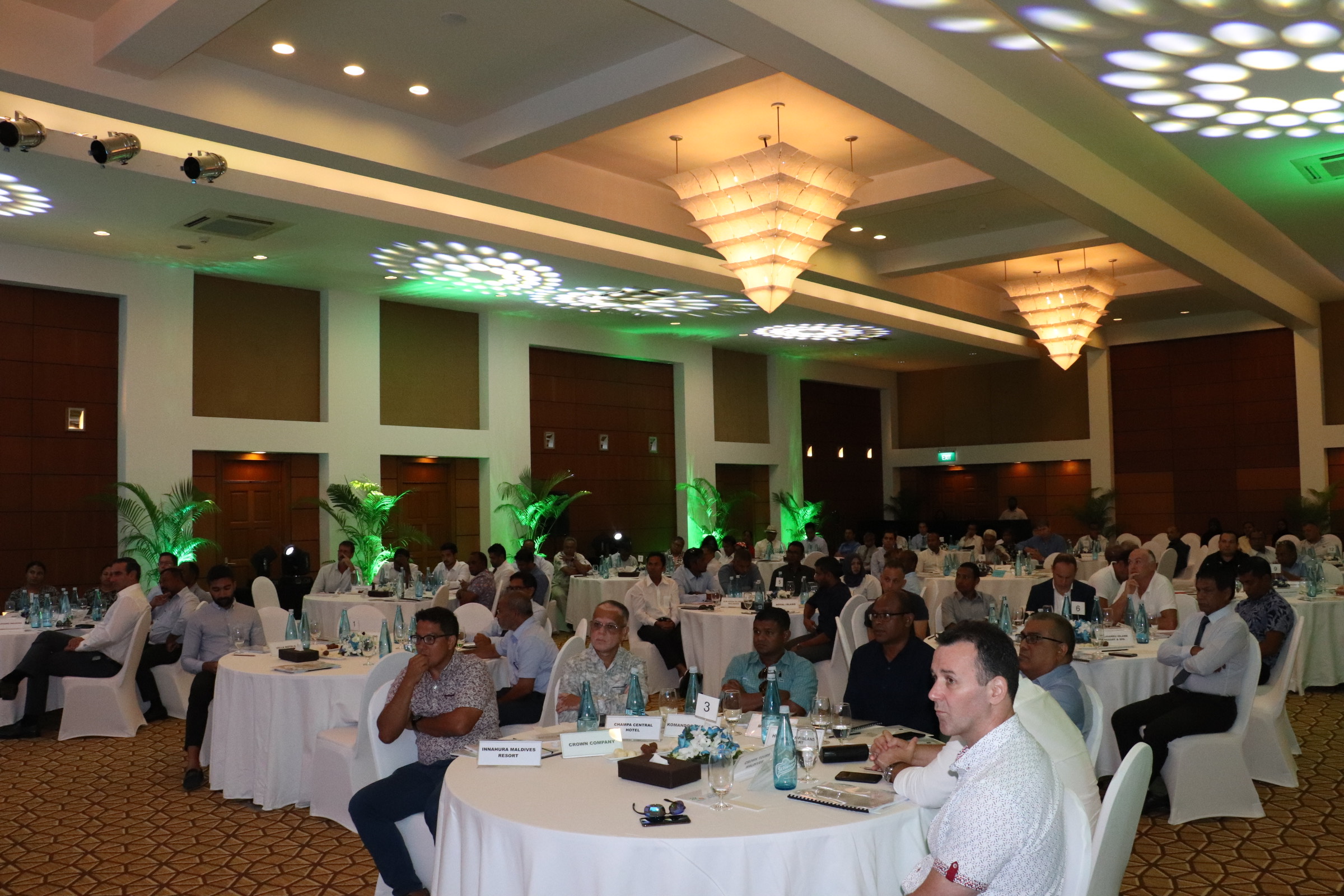 Presentations were then delivered by the special invitees that attended the event, including the Director of Affiliate Members Department of the World Tourism Organization Hon. Ion Vilcu that gave a presentation titled “Strengthening the partnership between UNWTO and the private sector” which highlighted upon prospects for collaboration between UNWTO and MATI and it’s members and which also highlighted upon the granting of UNWTO Affiliate Membership to MATI during the 4th quarter of 2019.

Other presenters included Ms. Susan Deer, Director of Industry Relations of the Association of British Travel Agents (ABTA) that gave a presentation titled ‘’Failure of Thomas Cook, Brexit and a look towards the future of the UK outbound travel market’’ and a presentation titled “The Story of Maldives” by Dr. Simad Saeed of CDE Consulting.

Mr. Ahmed Nazeer, Secretary General of MATI oversaw the official proceedings of the AGM after giving his statement. The proceedings included the Passing of Minutes of the 29th AGM and Adoption of Minutes, Presentation of the Annual report and Financial Reports for 2019, Adoption of the Budget for 2020 and Appointment of Auditors for 2020 as well as the Election of the Executive Board.

The following were elected to the Executive Board of MATI for the year 2020.