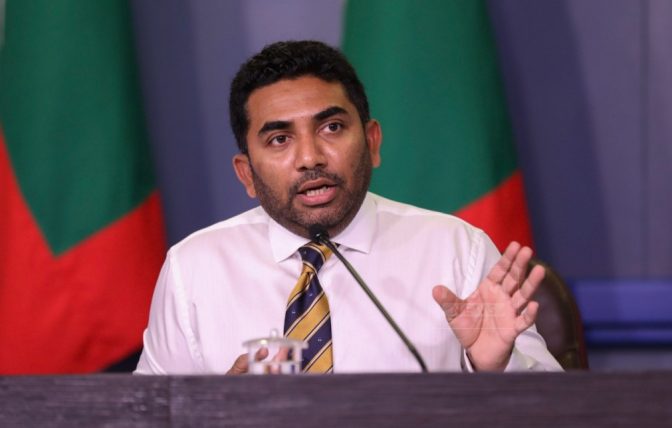 Speaking at a press conference held today by the Minister of Health, Abdulla Ameen has announced public health emergency in Maldives.

In order to protect the well-being of the people, this is the first time Maldives has declared a public health emergency.

As per the law, implementation of a public health emergency means:

-Vaccination programs will be carried out to certain groups of people to protect from a diseases or virus.

-To identify the type of vaccines, and other related medical equipment needed and the group of people who need it the most.

-The right to close educational institutions and prohibit social gatherings.

-To provide medical assistance to the quarantined personnel.

-To bring a halt or control the land, sea and air transportation.

Please note that this is not a state of emergency.