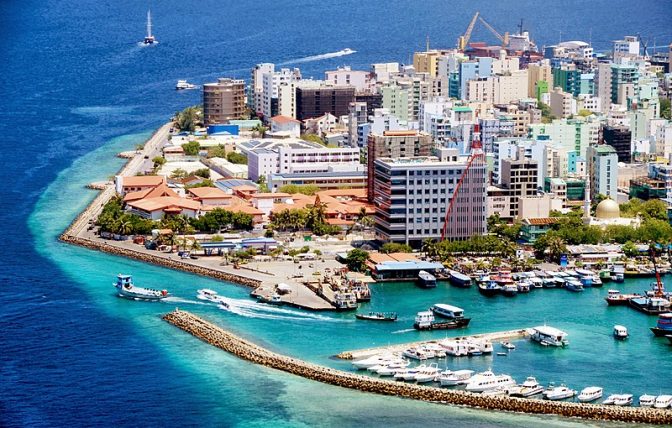 Maldives Extends Lockdown on Greater Male’ Area Till May 28

Maldives has extended the lockdown in greater Male’ area till May 28.

An announcement issued by HPA said no persons will be allowed to enter or exit Male’, Villimale’, Hulhumale’, Thilafushi and Gulhifalhu during this lockdown until further notice.

Public transport including ferries and buses will also cease its operations during this period. No vehicles or persons will be allowed on the streets of Male’ city during the lockdown.

HPA said the restrictive measures do not apply to police and MNDF officers, those working in health care facilities and their vehicles, ambulances, persons and medias holding a pass issued by the National Emergency Operation Centre (NEOC).

Public gatherings, including ceremonies and parties of all kinds, sporting events, and picnics in the islands, are also covered under the ban.

Initially lockdown was announced for 2 days with the first positive case from the capital on 15th April. It was followed extended later as the community spread increased.

The number of positive cases reported in Maldives have soared to 968, with a growing number of infections spread among the migrant workers in the country.