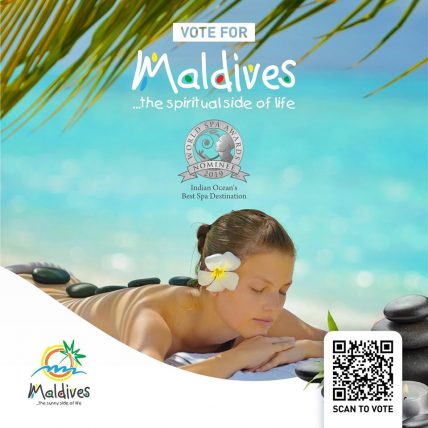 The Maldives has been nominated as the Indian Ocean’s Best Spa Destination 2019 by World Spa Awards.

World Spa Awards serves to celebrate and reward excellence in the spa and wellness industry. Launched in 2015, the annual awards program aims to foster growth, innovations and best practice on a global scale. World Spa Awards is the sister event of World Travel Awards, itself inaugurated in 1994.

Along with the Maldives, two other destinations; Mauritius and Seychelles were selected for the same award.