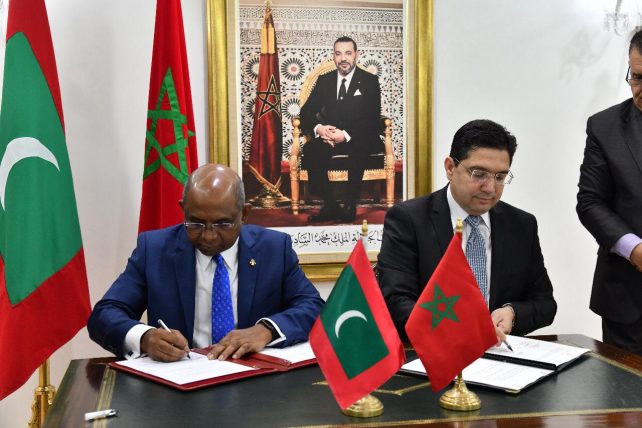 Ministry of Foreign Affairs, Maldives has signed a Visa Waiver Agreement with the Kingdom of Morroco on 15th November 2019.

On behalf of the Foreign Ministry Maldives, Abdulla Shahid signed the agreement while his Moroccon Counterpart Nasseer Bourita signed on behalf of the Moroccan Government.

Abdulla Shahid, the Foreign Minister of Maldives said that the visa waiver agreement will further consolidate the political, economic relations between the two peoples.

“This will pave the way for Maldivians to travel to Morocco without visas from 31st January 2020. Another momentous milestone for Maldives-Morocco relations, ” he further remarked.

Along with the visa exemption agreement, the two countries signed a total of four agreements during the Maldivian Foreign Minister’s trip to Morocco to strengthen diplomatic ties at all levels.