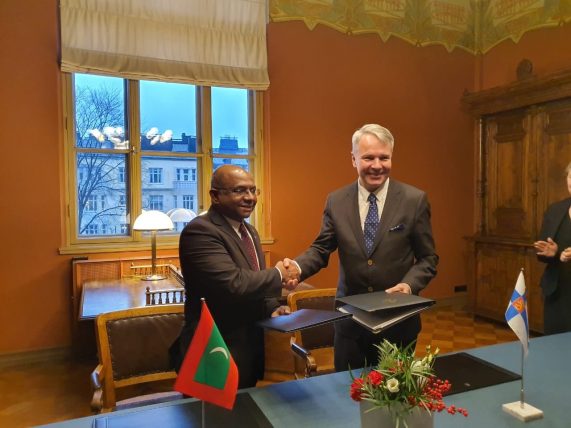 Foreign Minister Abdulla Shahid and Foreign Minister Pekka Haavisto have signed an Air Services Agreement between Maldives and Finland today. The Agreement will allow international commercial air transport services between Maldives and Finland, enhancing the people to people contact as well as the broader economic cooperation between both countries. 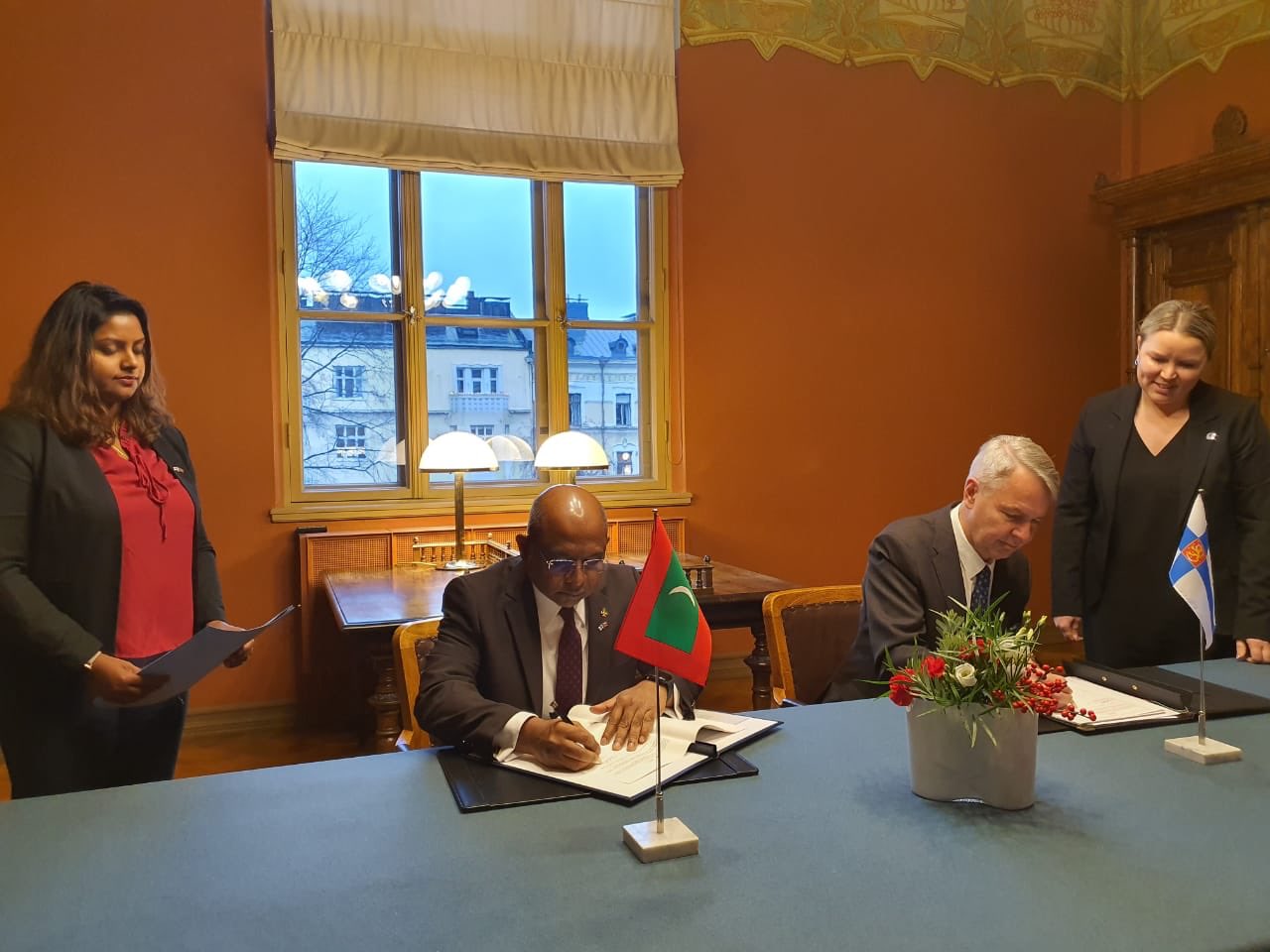 At the meeting held at the Ministry of Foreign Affairs of Finland today, both the Ministers discussed on strengthening bilateral cooperation between the two countries in a wide range of areas.

Minister Shahid stated that the increased engagement between Maldives and Finland is testament to the strengthened bilateral ties between both countries. Foreign Minister Shahid also commended Foreign Minister Haavisto and the Government of Finland, for the international recognition the country has achieved in the development of a symbolic educational model. Both Ministers also reiterated commitment to further strengthen the bilateral partnership between the two countries in areas such as economic and trade cooperation, education, people to people contact, climate change and sustainable development and counter-terrorism.

Noting Finland’s current role as President of the EU Council, Foreign Minister Shahid also acknowledged the pivotal role played by the EU in reviving democracy in the Maldives and assured the Government’s commitment to support this partnership in the future. Minister Shahid further, requested the support of Finland to support the Maldives’s bid to obtain visa-free access for Maldivians traveling to EU countries and tax exemption for the export of Maldivian tuna to the EU market.