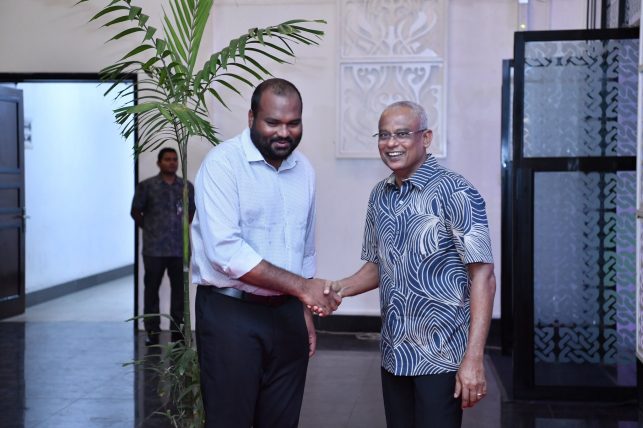 Minister of Tourism, Ali Waheed has said that the Maldives will be aiming to create two world records during September on the occasion of the World Tourism Day.

One of the records set to make is a free-diving record while the other aims to form a human ring in the sea around Male’, the capital city of Maldives.

Speaking at the function ‘Jazeera Raajje, Magey Raajje” held on July 29th evening, the Minister noted that forming a human ring around Male’ would be a brand-new record attempt and that he extends an invitation for citizens of all ages to take part in this.

He further noted that the free-diving record attempt will be conducted by inviting free diving champions and that this will be something that is new in the Maldives.

He also stated that there will be a journey by Bokkura (the smallest vessel used in the Maldives) that will begin from Vaavu Atoll as part of the World Tourism Day celebration.