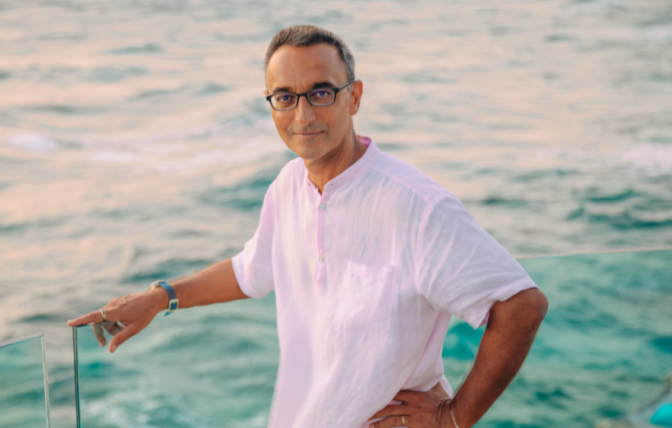 Earlier this year, I made my first trip in over two and a half years to South East Asia and the Far East as travel there was finally opening up, albeit with strong restrictions that were putting off all but the most determined traveller. I was shocked by the devastation that COVID had caused to the economies of these countries, in particular, to tourism.

In Thailand, where tourism accounts for one-fifth of GDP, the situation was dire. Bangkok’s huge Suvarnabhumi Airport, crowded in 2019, stood almost empty. In the city, many shops were shut. Families who had been successful pre-pandemic had lost their businesses and were struggling to survive. What a contrast it was to the Maldives, where employees at top resorts, including Soneva, in a good month are bringing home USD 3,000 in service charges alone.

And it wasn’t just Thailand. Other Asian and Far East nations, with their isolationist and zero-COVID policies, have suffered enormously, as have our Indian Ocean neighbours Seychelles and Mauritius. Countries with autocratic leaders have fared the worst, as their leaders take advantage of COVID to impose punishing lockdowns and silence the political opposition. The results of these lockdowns, along with closed borders, are disastrous, with plummeting tourism income and economic ruin.

The situation in Sri Lanka, ruled until recently by the autocratic Rajapaksa brothers, is arguably the worst in Asia. The Rajapaksa’s imposed border closures, ruthless lock-downs (where transgressors were snatched off the streets and imprisoned in army-run COVID camps in the countryside), and a variety of travel restrictions. Tourist arrivals from highs of approximately 2 million in 2018 and 2019 dropped close to zero, eliminating USD 3.5 billion of annual revenue from the country’s economy. It will take years for countries such as Sri Lanka and Thailand to recover.

Tourism in the Maldives, meanwhile, goes from strength to strength. In addition to opening borders quickly, and strongly promoting the destination, the Maldives took advantage of its strong relationship with India to create a ‘travel bubble’ between the two countries, which saw a huge increase in Indian visitors in 2020 and 2021, helping to shore up Maldivian tourism when many other countries remained closed. In 2019, there were no direct flights between Maldives and Mumbai or Delhi. Now there are three daily.

An opportunity to capitalize on the relationship

The future for India is bright. It is the world’s fastest growing large economy, and by 2030 projected to be the world’s third largest. The logic is clear. By 2030, India will not just be the largest market to the Maldives, as it is today, but provide arrivals that are many multiples of the next biggest market.

In established tourism destinations such as France, Spain and the United States, 90% of arrivals are ‘short haul’ i.e. from markets that are less than four hours away by plane. In the Maldives, it is the opposite. Even with the growth of arrivals from India, 90% of our arrivals today are flying long haul. France, Spain, and the United States only have 400 million people living within short haul distance. The Maldives has 2.5 billion people less than 4 hours away, including 1.5 billion Indians. Just on this parameter, India alone could account for 90% of arrivals in future.

There is an excellent opportunity for the Maldives to benefit from such an economically large neighbour. Here are some specific suggestions:

The Maldives could enter into a double tax treaty with India, and could negotiate with India to allow Indian citizens to make personal investments in the Maldives and be able to remit more than USD 250,000 – the current Reserve Bank of India limit on any foreign currency remittance by an Indian in a particular year. In addition to this, we should negotiate so that Indians are allowed to pay for personal investments in the Maldives with Rupees. These Rupees could then be used by the Maldives to buy Indian goods.

There is a closer Indian Ocean example: in 1989 the Mauritius Government decided that its economy was too dependent on tourism and sugarcane, so it decided to make the country an offshore financial centre. Mauritius initiated double tax treaties with 18 African countries and India. Like the Maldives, Mauritius’s tax rate was considerably lower than the 18 African neighbours and India. As a result, foreign investors who wanted to invest in India or these 18 African countries set up companies in Mauritius, helping them to legally reduce their tax bills. There are now 20,000 offshore Mauritius companies. On average, the basic statutory fees that the Mauritius government charges, such as directors fees, and stamp duties for operating companies, come to USD 5,000 per year. For all the offshore companies registered in the country, these fees tally up to USD 100 million per year — a huge source of revenue for the government.

Moreover, according to a recent report, Mauritius-incorporated offshore companies have USD 630 billion of assets. This is 50 times Mauritius’ GDP. If we assume that these companies achieve a 10% return on capital, that means they have net profits of around USD 63 billion. It is likely that the Mauritius Government received more than 1% of these profits as taxes. Even at 1%, this is the equivalent of USD 630 million of revenue to the Government.

It has taken Mauritius 30 years to get to where it is. If the Maldives starts today, potentially in a few decades, the Government could be generating more revenue from offshore finance than from tourism.

An even bigger opportunity

Just as during the pandemic, when the Maldives negotiated a special travel bubble with India, there is an opportunity for the Maldives to negotiate a special agreement that would allow Maldives registered companies to list on the Indian Stock Exchanges. Such an agreement would considerably benefit entrepreneurs in the tourism economy. They would be able to raise capital to finance the equity for new hotel developments. Recently, a few of the “pioneers” in the hotel industry, coming to the end of their illustrious careers, have sold their hotels to provide liquidity and opportunities for the next generation. This is because the Maldives does not have a stock market of any substance. An agreement for access to the Indian capital markets would allow these entrepreneurs and pioneers to provide liquidity for themselves whilst still retaining control of their businesses. There would be no need to sell out.

Furthermore, if Maldivian companies were listed on Indian stock exchanges and compliant with Indian disclosure laws, Indian banks that currently do not have any exposure to the Maldives would most probably participate in new projects of these particular companies and support their growth plans. The capital available for the development of resorts in the Maldives would increase substantially.

Europe, with a very long history of wars between neighbours, has shown that a common market can create prosperity for all countries that are party to it. The Maldives should follow this example by better integrating itself to the Indian economy; as Maldives stands to benefit immensely.

About the author: Sonu Shivdasani is the CEO and Founder of luxury resort chain Soneva.