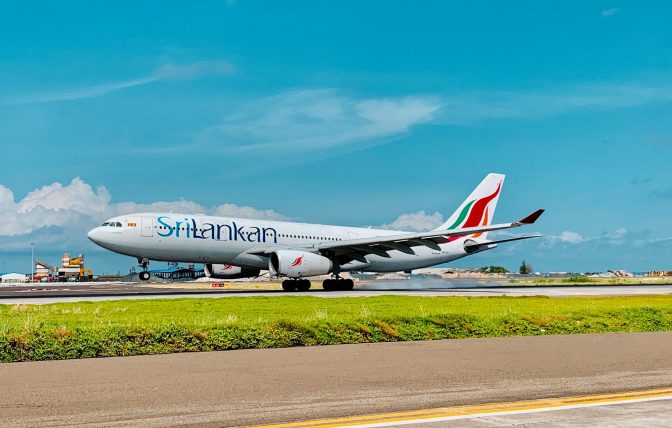 Looking into domestic air traffic movements, Velana International Airport has recorded 365 flights, with 3,480 passengers arriving and departures stood at 4,323 during the period.

During the course of COVID-19 pandemic, as an incentive to support and to boost up the tourism industry in the Maldives, MACL has also offered attractive discounts from airport charges to International Airline operators on June 2020.

In preparation for the reopening of tourism industry, Velana International Airport has also implemented social distancing measures with clearly visible distance information and floor markings in passenger terminals as a precautionary step for the safety of passengers and staff. According to MACL, bright floor markings can now visibly be seen, three feet apart from each other, in places of possible passenger congestion.

In addition, four feet tall glass sheet separators between counters were installed to strengthen the protective measures against the virus.

Which airlines are flying to Maldives? 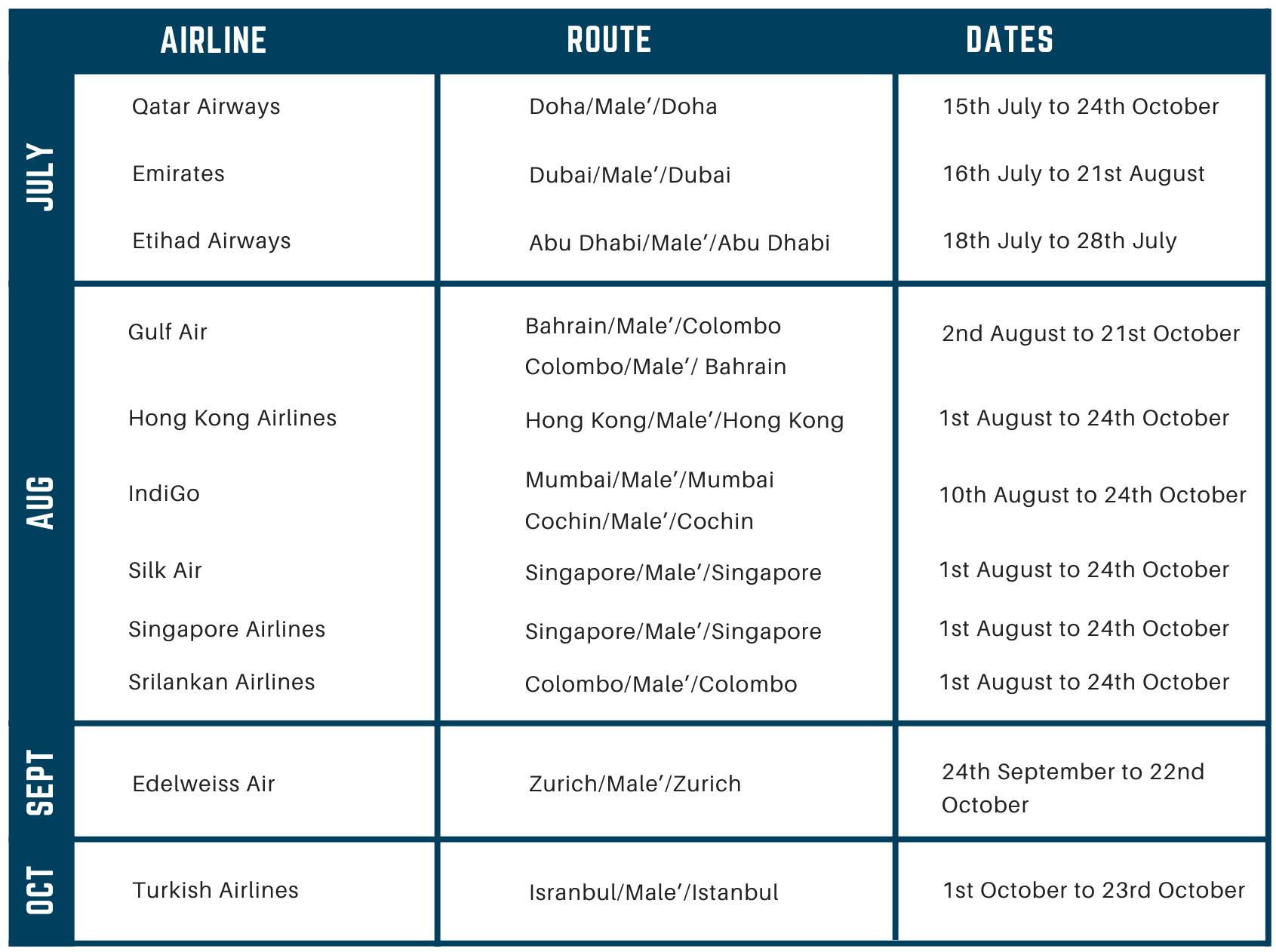 On 15th July, the day Maldives reopened its borders, the state-owned flag carrier Qatar Airways operated the very first flight to the island nation carrying 107 foreigners and 24 Maldivians, who were welcomed with a grand water salute at the airport. Qatar Airways is offering flights daily between Doha and Male’.