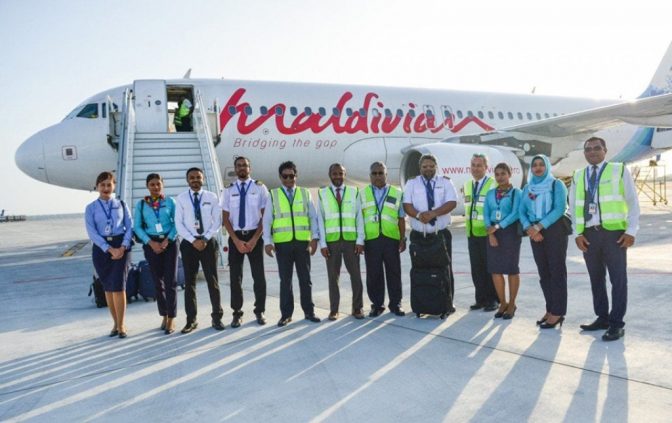 Maldivian, the first airline to land in the new apron of VIA

The new test run on the new apron of Velana International Airport (VIA) has conducted successfully. The first flight to park on the new apron was from the national airline of Maldives, Maldivian. Senior members from Male Airport Corporation Limited (MACL) and the operator of Maldivian, Island Aviation participated in this event.

The project was started this January by the Chinese construction company Beijing Urban Construction Group. The 55,300 square meter apron was completed and the first parking was done yesterday. Further construction is underway to expand the current apron as well with 130,000 square meters when complete and will allow 21 planes of different sizes to land at the same time.

Additionally, the new terminal development of the VIA project is estimated to be $800 million and was signed over to the Saudi Arabian Bin Laden Group.