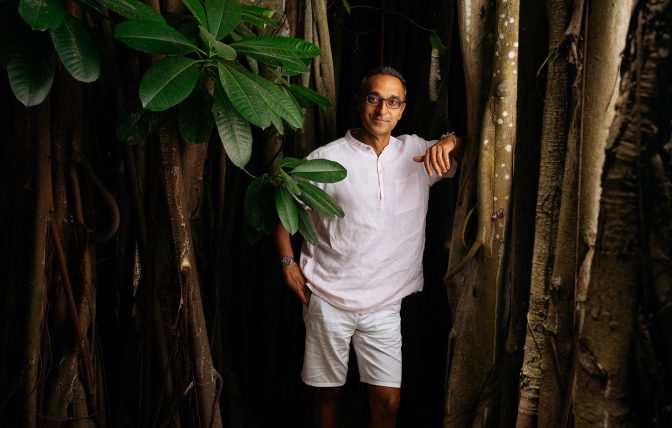 Maldivian Tourism is Spluttering Back to Life, Here’s How to Make it Roar By Sonu Shivdasani

The border has reopened, guests have started to return, our resorts have sprung back to life — and our team have smiles on their faces and a sparkle in their eyes once again. After months of lockdown, it is wonderful to see tourists back in the Maldives.

Crises are good at bringing out the true character and ability of people, and COVID-19 has been no different. Bar few exceptions, Eva and I have been impressed by the character of our team at Soneva.

The crisis has also shone a spotlight on the character, and competence, of the world’s governments. When you read about some of the catastrophic responses to COVID 19 (the US and Brazil come to mind) I am relieved to be living in the Maldives.

Although the border is now open, all is not yet well. Many of Maldives’ major tourism markets – including the US, Britain, and Russia — have suffered the worst outbreaks of the coronavirus, and as I write, less than half of Maldivian resorts have reopened.

Many resort employees do not have smiles, or sparkles in their eyes. They may have a minimum income and be safe from the virus in their home islands, but they are waiting to return to their resorts and resume their careers, and lives.

Five out of the 7 main markets to the Maldives have restrictions on international travel:

• Italians, Britons, and Chinese have to quarantine for 14 days on returning home from the Maldives.

• Germany has no restrictions on travel to the Maldives and back. However, because of the cases in Male’, the Maldives each week bounces from being defined as ‘low risk’ to ‘high risk’ and back again. The German definition, and the definition of other EU countries for a high-risk destination, is 50 cases per week out of a 100,000 population. Germany also has a Travel Warning for all travel outside the EU. Whilst this does not stop individual Germans, it has an impact on travel agents and tour operators selling the destination.

• Russians, meanwhile, are not even permitted to leave their country, even if they wanted to self-isolate on return.

Since the Maldives opened its border on 15 July, Britons have traveled here in greater numbers than almost any other nationality, despite of the need to quarantine when they return home. But the few hundred or so British arrivals Maldives has enjoyed is just a fraction of the number who were planning to visit this summer.

When the British government announced its ‘safe list’ of 60 countries that Britons could travel to without onerous restriction when they return, the Maldives missed the list. This resulted in big losses for the Maldives: British Airways scheduled two flights a week from London Heathrow for the entire month of August, but when Maldives wasn’t included on the ‘safe list’, BA cancelled the flights. We received many cancellations from British guests for July and August; I suspect the same is true for other resorts, and helps explain why so many remain closed.

For tourism to bounce back, it’s not enough to just reopen the international airports, we also need to conduct extensive diplomacy: engaging with the governments of our major markets to create ‘air bridges’ so that their citizens can travel to the Maldives and return home without quarantines. This requires a lot of effort, and constant, continuous diplomatic pressure.

It was therefore a huge relief to hear about the new air bridge between the Maldives and India, with the first flight from Delhi due to land this week. This diplomatic success shows what can be achieved. Unfortunately, it also highlights how persistent and tenacious we need to be. In spite of both Governments announcing the air bridge and flights between the two countries, I have been told by clients that when they contact Air India, the airline is unable to give them any information on the new flight. The company is not taking any bookings for the announced Male’ flight. Also, the Indian Government have not clarified whether Indian citizens will still have to quarantine on return from the Maldives. So, it seems to be two steps forward and one step back. Last week was certainly a very good week in the journey to resume travel between India and the Maldives. Yet, in spite of this announcement, we are still not there.

The spike in cases in Male’ is surely not helping the diplomatic efforts. We must repeatedly highlight to foreign governments that apart from Male’ — a completely separate island that tourists are currently not allowed to visit — the Maldives is relatively COVID free. This point needs to be continuously emphasized.

If the world has learned anything from the pandemic, apart from how damaging fear itself can be, it is the central importance of testing to get the virus under control. At our resorts, we have introduced extensive testing for both guests and hosts.

Our guests are tested on arrival and isolated in the privacy of their villa until we receive the results, at which point they can move freely around the resort if the result is negative. Even our Maldivian team members that come from COVID free local islands are tested twice, and team members arriving from abroad are tested three times. This testing regime means that we can enjoy resort life, and engage with guests and hosts without fear.

But not all resorts test. Nor are people widely tested at the airport upon arrival. Testing is a more important short-term measure against COVID, even more than a vaccine. To demonstrate its safety as a destination, the Maldives should consider testing more.

The first draft of the Safe Tourism Guidelines issued by the Ministry of Tourism said that tourists would need a negative Real-Time PCR Test, taken 7 days before arrival, and they would also be tested again upon arrival in the Maldives. These ideas were abandoned, because in some markets it is difficult for people who are not symptomatic to obtain a COVID test. Testing on arrival was also considered impractical because of the large number of tourists predicted to arrive in Male’.

But tourism hasn’t roared back; it has returned with a whimper. To improve traveller confidence in the safety of the Maldives, the Government should consider mandating, for holidaymakers coming from high risk countries, either a negative Real-Time PCR test taken within 96 hours of entering the country, or a test on arrival.

The President announced an agreement with China whereby Chinese citizens would not need to quarantine for 14 days on return from the Maldives. Unfortunately, to date, the Chinese Government have not announced this to their citizens and we have received no Chinese tourist. Chinese travel agents are uncomfortable either recommending or booking Maldives holidays. Would the Chinese Government feel more comfortable about opening travel to the Maldives if they were reassured by the fact that citizens from high-risk countries would have to either present a negative test certificate 72 hours before arrival or be tested on arrival itself?

Such a policy would not be onerous and would not dissuade citizens from high-risk countries for they would be able to either obtain a test in their home country before departing, or test on landing in Male’ airport.

In fact, out of the two principal airlines currently flying to the Maldives one of them, Emirates, insists on a negative test certificate before boarding the plane. So, many tourists are testing anyway. It will be easy to manage testing on arrival so tourists could be allowed to isolate in the privacy of their hotel room until the test results are received. This will reduce the pressure on the test turn-around time. Our experience at Soneva is that guests are happy to wait twenty four hours in the privacy of their villa for their test results.

Extensive testing could also help in Male’. Although Male’ is one of the most densely populated places in the world, the city’s population is relatively small compared with the potential testing capacity that could be installed. My understanding is that between the two main hospitals in Male’, Indira Gandhi Memorial Hospital (IGMH) and ADK Hospitals, there is the capacity to carry out 2,500 tests a day.

ADK Hospital plans to add within the next month further capacity to carry out 1,200 additional tests per day. So, at present approximately 75,000 tests could be carried out per month in Male’ and this capacity will increase to over 100,000.

In fact, testing allowed the Maldives to catch the first case from a new arrival since the border reopened. That case was an expat supplier from a luxury resort. He was discovered with COVID because that resort tests all their employees and suppliers who come to their island. Unfortunately, the news of someone being found with COVID was released to the media, and the resort paid a reputational price for having implemented an effective testing regime.

That is a pity. It is important that we are discreet about such cases and that this information is kept private by the government. This might sound controversial, but let me explain the rationale:

Out of the 5,177 tourist arrivals in the month since the border reopened, six have reportedly been found COVID 19 positive — 0.1% of all arrivals. This may seem like a small number, but that is only because the country currently has few tourists. Last year the Maldives received 1.5 million tourists. If 0.1% of them were found with COVID 19, it would equate to 1,500 people. This is the equivalent of 8 infected people, per resort, per year. If there is a media announcement about every single case found at every resort, this will cumulatively tarnish the reputation of the entire industry. Any potential tourist Googling a resort will find news articles about COVID 19 being detected on that island. This will dampen tourist arrivals.

Many people do not deal with fear rationally. They may avoid any resort, that has ever had a case of COVID 19, even though they may live in London, New York or Moscow, where they walk past people with the virus all the time. As Hans Rosling said: “We need to learn to control our drama intake. Uncontrolled, our appetite for the dramatic goes too far, prevents us from seeing the world as it is, and leads us terribly astray.”

The Maldives has entered a new phase: the national lockdown is over, the border is open, and tourists are trickling back in. But until that trickle becomes a stream, many resorts will remain closed and the country will continue to suffer. Life is starting to re-emerge after the crisis, but there are still too few smiles on people’s faces, or sparkles in their eyes. Diplomacy, testing, and discretion are the watchwords of the day.