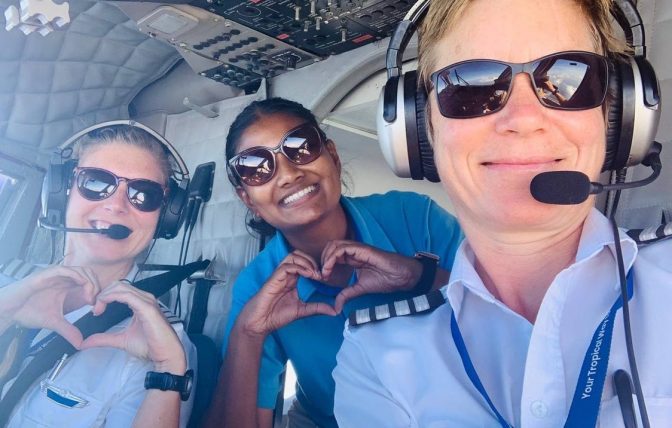 Manta Air on Friday operated the first all-female crewed seaplane flight in Maldives. Flight NR2030 from Velana International Airport (VIA) to Soneva Jani in Noonu atoll was piloted by Larissa Offeney and Tanya Kleynhans. Aishath Muzna served as the cabin crew on the flight. 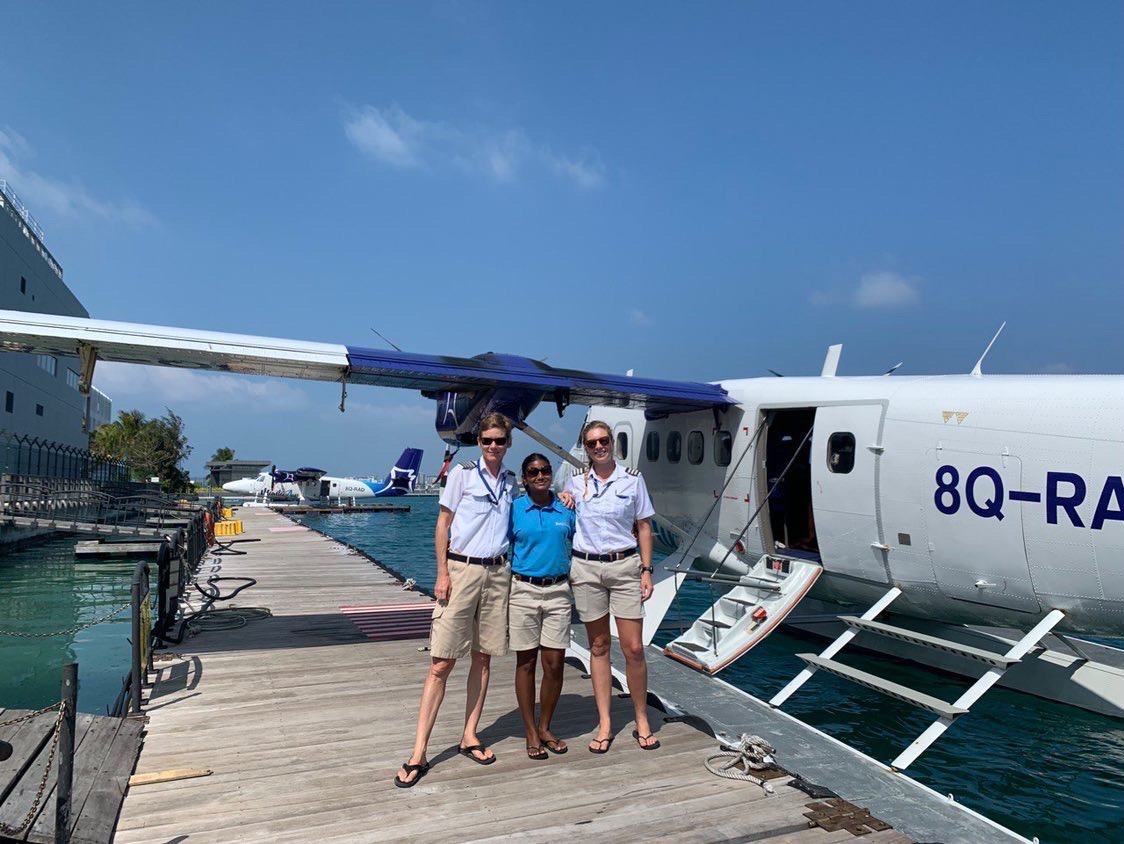 Manta Air is a game-changing local airline which operates seaplane and wheel-based flights throughout the Maldives.

The arrival of Manta Air has already been a game changer in the domestic aviation industry, removing the fears of flight uncertainty for passengers flying in the Maldives, and setting new standards in service excellence along the way with pre-published schedules and a tailored approach to provide an amazing experience to all passengers.