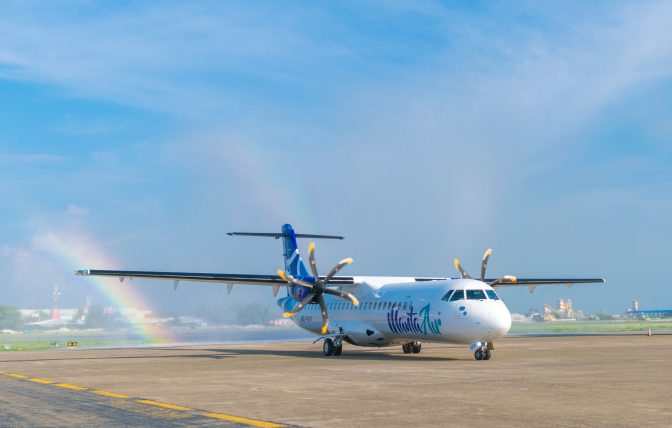 Manta Air has announced that they will be starting their Addu operations on 24th February 2022.

The airline said the airfare for flights between Hulhule’ and Addu would be announced when the Civil Aviation Authority issues the permits.

The airline believes there will be demand for the flights. As per Manta Air, spacious ATR 72-600 aircraft will be used for the service.

Manta Air is also set to operate flights to Gaafu Alifu Atoll and Gaafu Dhaalu Atoll on Saturdays in line with the flights operated by Sri Lankan Airlines. The private airline said its ticket fare will be announced following the approval from the CAA.

Manta Air commenced operations in February 2019. In this regard, Manta Air currently operates scheduled flights to Dharavandhoo in Baa Atoll and Kudahuvadhoo in Dhaalu Atoll.

The airline also operates charter flights to other parts of the Maldives.

To book the tickets, visit https://mantaair.mv/book