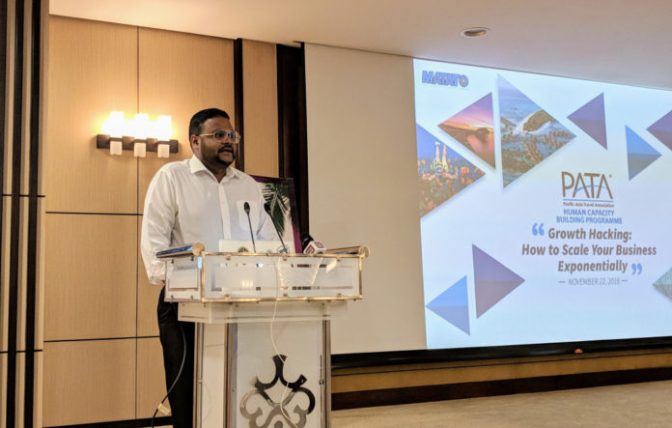 MATATO to open a branch of PATA in Maldives

Maldives Association of Travel Agents and Tour Operators (MATATO) has decided to open a branch of Pacific Asia Travel Association (PATA) in the Maldives. The organization came to this decision in their latest Annual General Meeting.

The Vice president of MATATO, Mr. Abdulla Giyas stated that inaugurating a PATA branch in the Maldives will aid in MATATO getting acknowledged internationally and contribute in their members receiving discounts in all events held by PATA.

President-elect Mr. Su’ood stated that his priority would be addressing the concerns of the members and He to work with international organizations, the local government to provide more opportunities for the MATATO members and that he will heighten the efforts being put into market the Maldives.

Since 1951, PATA has been working to develop the Asian Pacific tourism industry. They work to deliver the latest technologies to those in the industry and build human resources on a regional level.