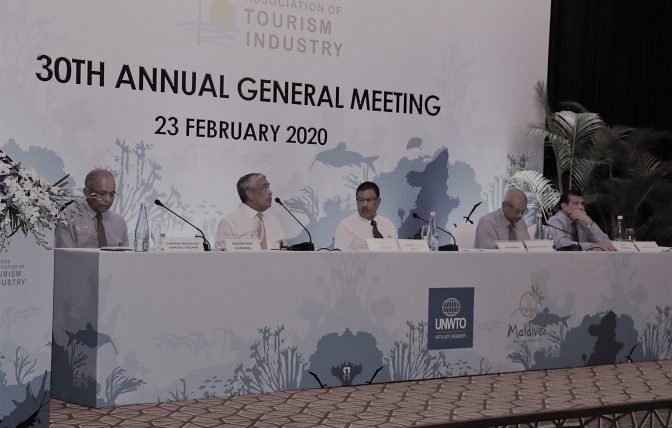 Maldives Association of Tourism Industry (MATI) has criticized the government for lack of timely actions and job cuts in the tourism industry.

MATI said that the current relief package for the industry was not formulated in consultation with them. They further added that the stakeholders of all segments of the industry, from the onset of this pandemic in January, have tried to convey the severity of the impact that they predicted.

“As this progressed, it was clear that we needed to urgently address the challenges that we would face as an industry and as a nation. Our goals have been to take the steps to avoid bankruptcy, retain employees, manage cashflows and plan for the return of demand and subsequent return to normal trading. We have repeatedly urged the government to take definitive actions in a timely manner. These requests have been shared in forums, in meetings as well as in writing, but there has been no substantial action forthcoming,” said MATI in a press release.

MATI raised another major concern surrounding the timelines and the estimated impact on the industry which they said was not forecasted realistically. They said that the country can open up the borders only when there is enough confidence of from the medical professionals regarding no further risk to the population. This is further conditional on the dependence on airlines, source markets and the Governments’ travel advisories.

Meanwhile authorities have reiterated the opening of the borders in the third quarter of the year.

“We also note that due to delays in announcing the measures and the conditions imposed for qualification of relief, most of the industry’s businesses are no longer eligible for relief,” the statement read.

“We call on the government to resume meaningful dialogue with all segments and stakeholders of the travel and tourism industry in order to prevent bankruptcies, retain staff, facilitate cash flows so that we can ensure appropriate steps are taken to facilitate a recovery.”

A country that is heavily dependent on tourism, the industry contributes to over 70% of the GDP directly or indirectly.