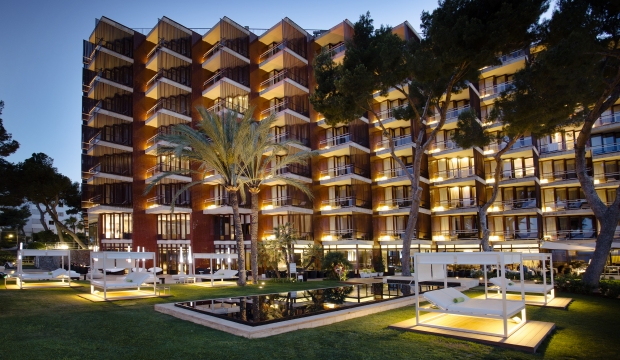 The Executive Vice President and CEO of Meliá, Gabriel Escarrer made the decision to eliminate single-use plastics from its entire value chain.

Meliá Hotels International was founded in 1956 in Palma de Mallorca, Spain. This is one of the largest hotel companies in the world and the largest hotel chain in Spain in both resort and city hotels. The company currently operates more than 370 hotels in 43 countries and 4 continents under its brands including Meliá, Gran Meliá, ME by Meliá, Paradisus, Innside by Meliá, TRYP by Wyndham, Sol Hotels and Club Meliá.

In 2017 alone, more than 22 million plastic bottles were consumed by the Meliá hotels. So, the company decided to raise awareness about the combatting climate change and reducing emissions to almost 30 million customers who stay in company hotels every year..

Gran Meliá Maldives, scheduled to open soon is located in Kalhudhiyafushi in Thaa Atoll, which will also follow to eliminate the single-use plastics in their Island Resort.

The CEO of Meliá, Gabriel Escarrer firmly believes in the fundamental role that companies must play in contributing to the achievement of the 17 Sustainable Development Goals of the United Nations, and affirmed that “the business world, institutions, and society, in general, have to get involved and work together in combatting climate change and tackling other major global challenges.”

Further steps taken by Meliá to fight against climate change is replacing bottles, cups, bags, straws, and coasters with biodegradable or environmentally-friendly alternatives before the end of 2018. This would eliminate more than 15 tonnes of CO2 emissions generated each year by waste disposal