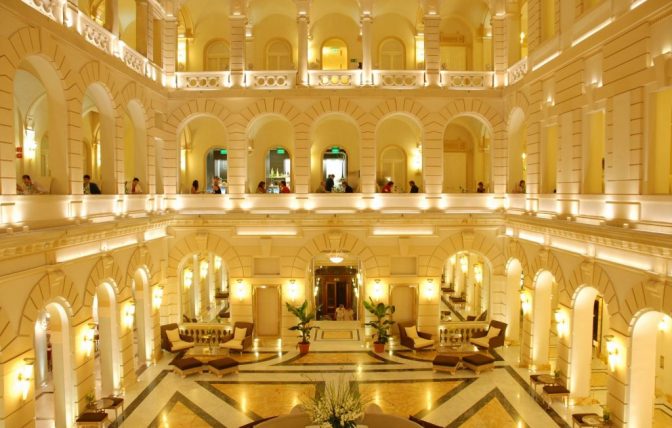 According to the Skift report, European real estate investor Covivio, through its subsidiary Covivio Hotels, is acquiring the hotels for $754 million (£573 million), including capital expenditure, from Varde Partners, a global alternative investment firm. Covivio issued a statement about the acquisition on Monday. NH announced its deal to operate the hotels on Tuesday.

Formerly the prestigious Boscolo portfolio, the eight hotels represent a total of 1,115 rooms located in prime locations in Italy, France, the Czech Republic, and Hungary. Six of the properties are iconic, including the Palazzo Naiadi in Rome, The Carlo IV in Prague, Hotel Plaza in Nice, The NY Palace and The NY Residence in Budapest, and Grand Hotel Dei Dogi in Venice. The remaining two, Bellini Hotel in Venice and Palazzo Gaddi in Florence, are premium hotels.

The hotels will be rebranded as Anantara and NH Collection following an extensive repositioning by Covivio in the coming months.

Covivio and NH Hotel Group’s relationship dates back to 2014 with Covivio’s purchase of a hotel in Amsterdam and continued between 2016 and 2018 with an acquisition of 10 hotels in Germany, the Netherlands, and Spain.

For Minor, the expansion of its homegrown brand Anantara into Europe is the icing on the cake.

“Following the launch of Anantara Villa Padierna Palace in Spain in July and the signing in October of a hotel in Dublin, Ireland, to be rebranded to Anantara in 2020, this strategic transaction will notably strengthen the presence of our luxury Anantara brand in key privileged destinations in Europe,” said Dilip Rajakarier, group CEO of Minor International and CEO of Minor Hotels.

He pointed out that Minor International and NH Hotel Group have been able to leverage on each other’s strengths for cross-expansion.

“We are very excited about the potential of the Anantara brand in Europe. Anantara’s brand strength, coupled with NH Hotel Group’s strong relationship with real estate investors has enabled us to expand our luxury hotel portfolio in Europe at a much faster pace,” Rajakarier said.

The operating agreement is for 15 years. The transaction is expected to be fully completed by the first half of 2020. The handover of the hotels will take place at the same time as the closing, except for the hotels in Florence and Nice, which are currently under a full refurbishment, and are expected to be completed by June 2020 and January 2021 respectively.

Ramon Aragones, CEO of NH Hotel Group, said in a statement: “Following our integration with Minor Hotels, this transaction represents an extremely important milestone in our shared ambition to continue to expand the luxury brand Anantara Hotels, Resorts & Spas in Europe while marking significant progress on our strategy of creating added value for NH Collection’s customer base via new hotels and destinations.”