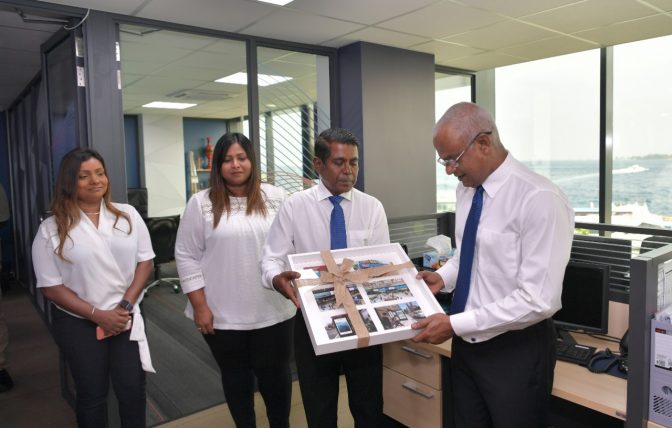 MMPRC Celebrates 10th Anniversary with a Surprise Visit from President

President Ibrahim Mohamed Solih has visited and greeted the staff of MMPRC this morning to celebrate the 10th anniversary of the corporation.

During the visit, president noted the achievements of MMPRC in terms of reaching the target tourist arrivals of 1.5 million ahead of time last year and the challenges posed for the industry by the current outbreak of the COVID-19. 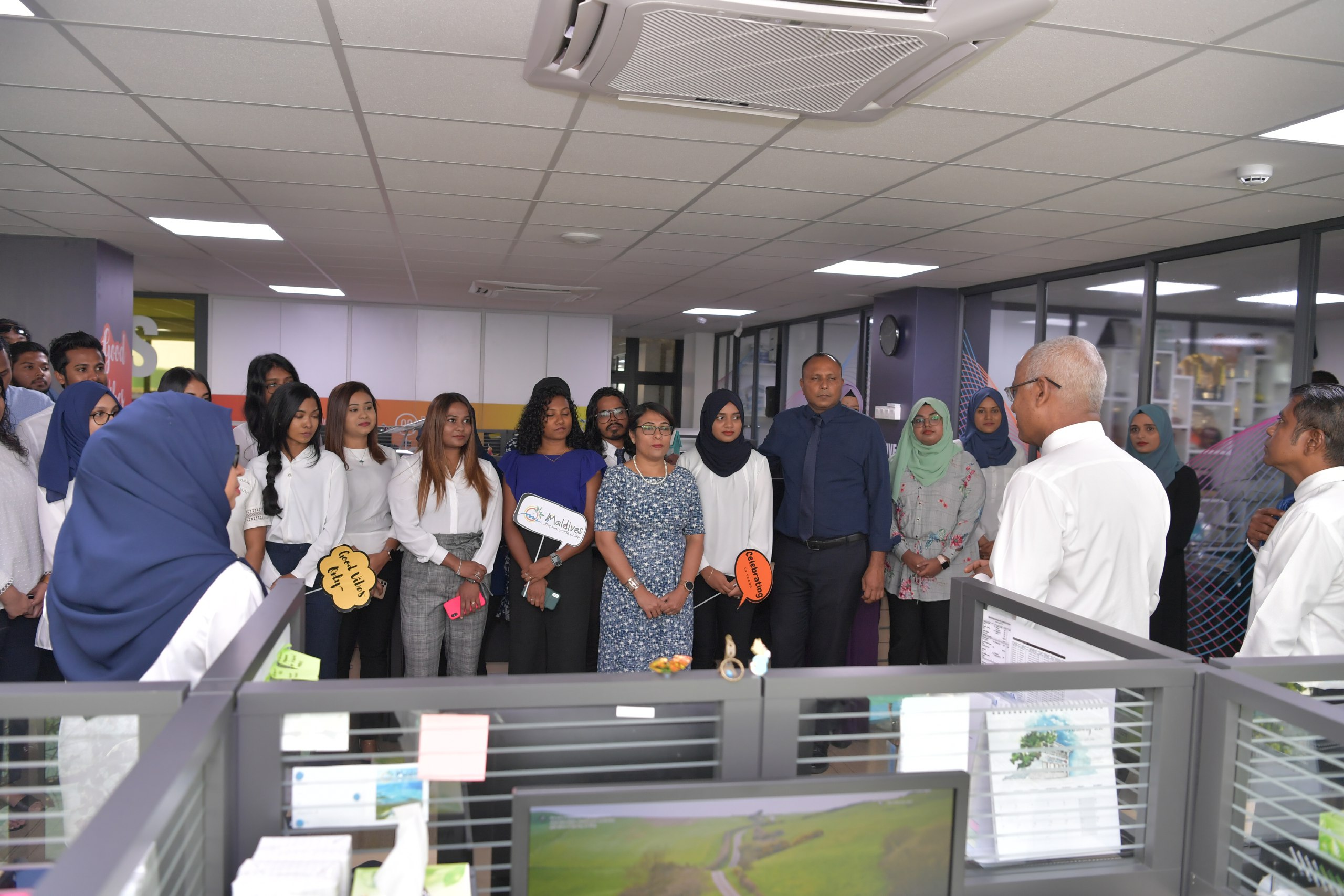 The President thanked the Managing Director of MMPRC Thoyyib Mohamed for his initiatives and direction in promoting the destination.

“I have complete faith that Mr. Thoyyib, the Managing Director of MMPRC, who was also the Chairperson of MMPRC when it was formed a decade ago, will lead the corporation to achieve our targets for the industry” said the President.

“I would like to acknowledge your hard work in promoting Maldives as a destination in the global market. Your work was instrumental in achieving the record number of tourist arrivals last year. I understand the challenges tourism industry will face due to the outbreak of the COVID-19 virus. We need to be resilient and work hard as the situation unfolds” he added. 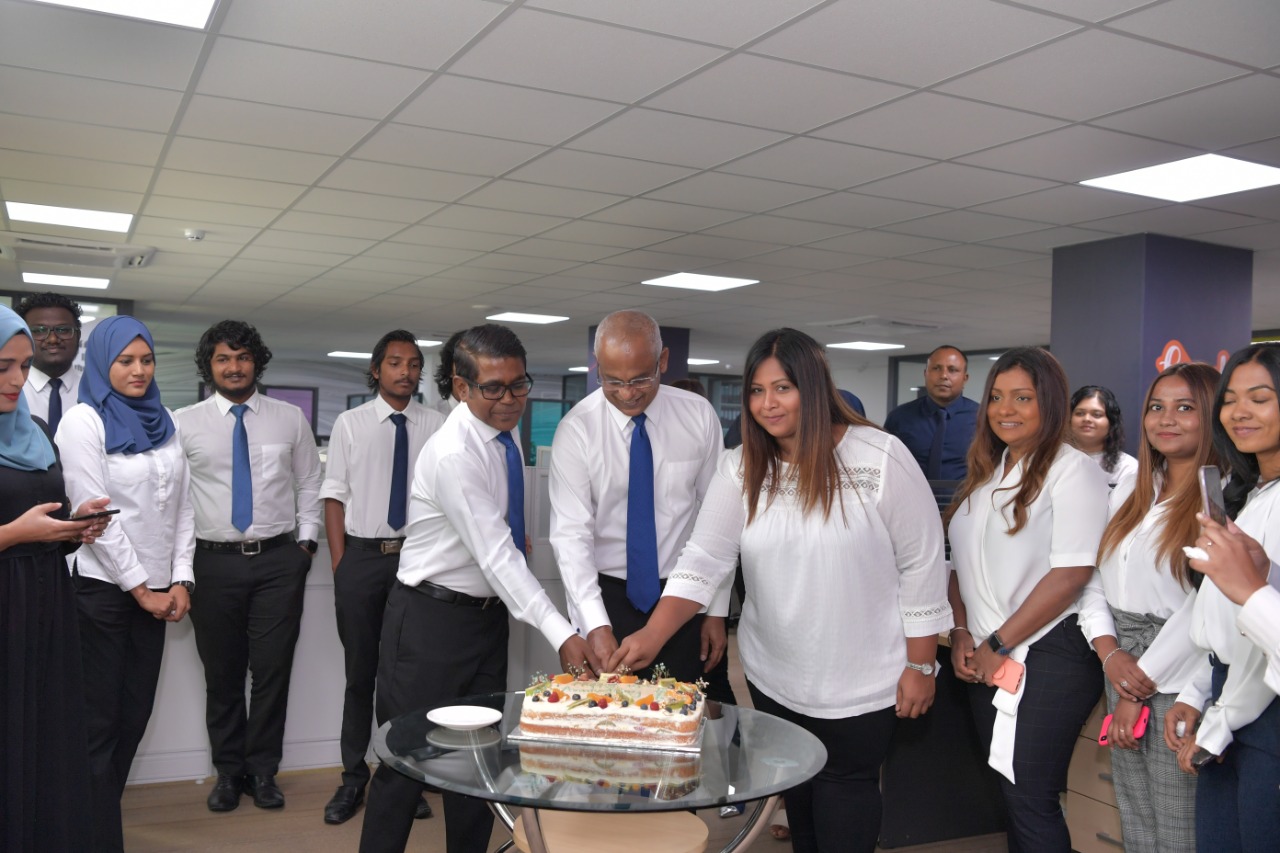 The president was presented with a memorabilia photo frame encasing the largest destination marketing campaign conducted by MMPRC in 2019, the UK Outdoor Campaign. Mr. Thoyyib Mohamed thanked the president on behalf of the staff. President later joined the cake cutting to mark the event while joining the staff for a breakfast held in MMRPC office. 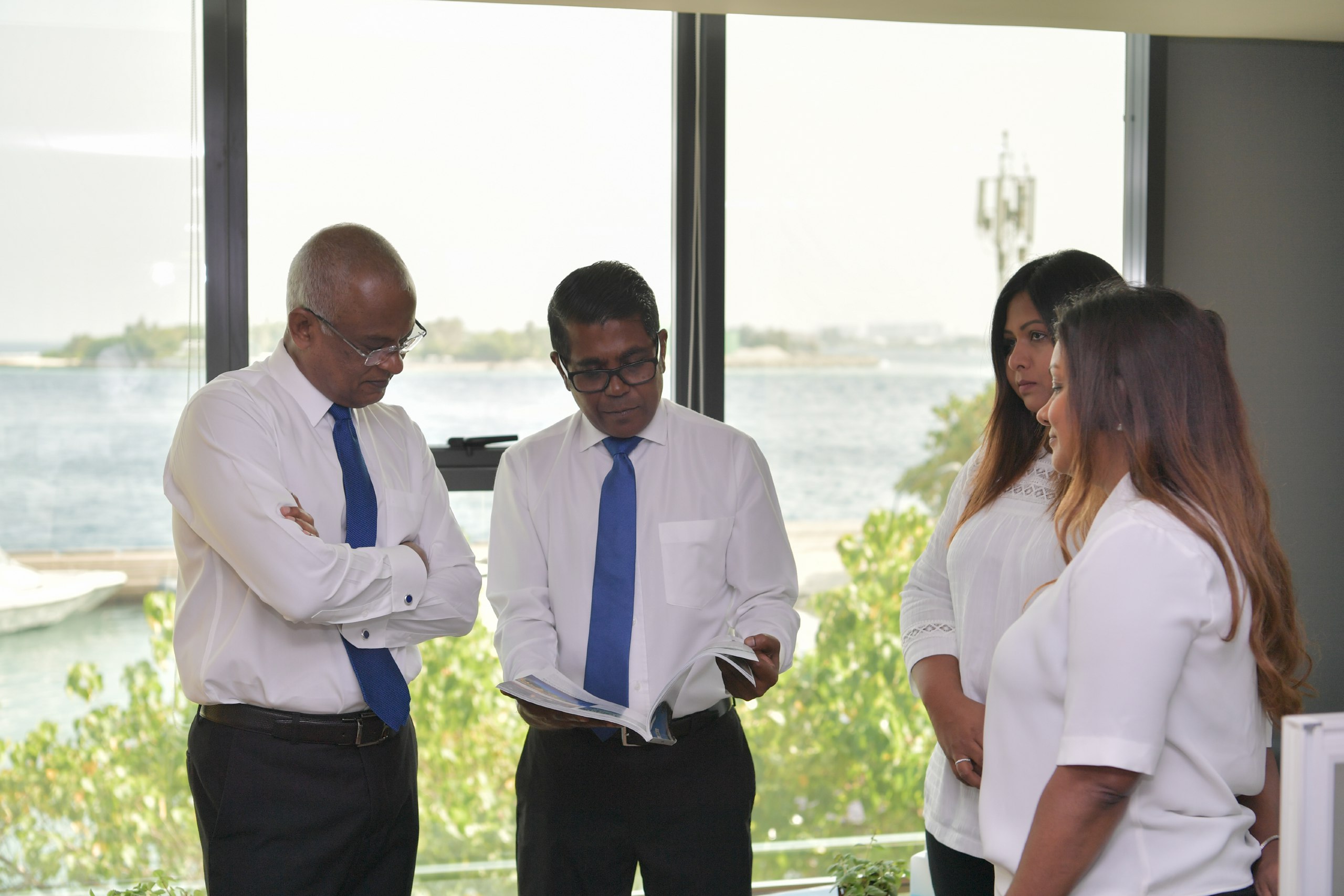 MMPRC is a state-owned corporation responsible for the promotion of Maldives a tourist destination under the brands the Maldives. The functions of MMPRC encompass the full spectrum of marketing and public relations activities including research, surveys, master plans, campaigns, advertising and exposure through traditional media, public relations firms in other countries and the evolving new media. Every year, MMPRC promotes the Maldives in multiple fares and roadshows with targeted campaigns among other activities abroad and home. MMPRC is committed to positioning and maintaining the Maldives amongst the top travel destinations in the world.

MMPRC was established by the former President of Maldives Mohamed Nasheed on 4th March 2010.

MMPRC, along with the Tourism Ministry has conducted multiple activities to promote the Maldives as a tourism destination.