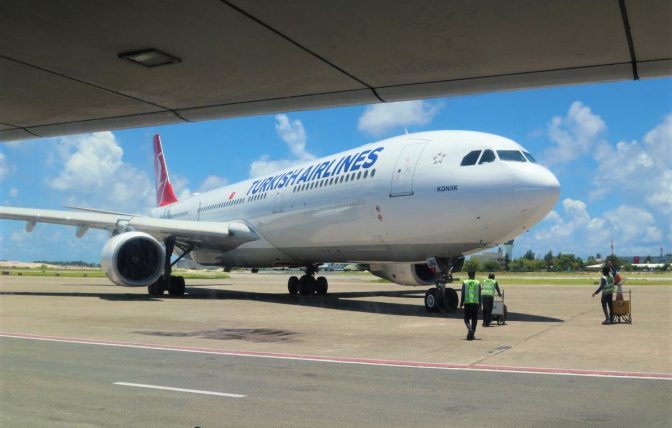 Turkish Airlines, the national flag carrier airline of Turkey has resumed scheduled flights to the Maldives. The airline commenced operations to the island nation on 7th August, after a temporary halt in March due to the pandemic.

According to Expedite Maldives, the airline will operate weekly flights to the Maldives on every Friday. The first Turkish Airline flight landed in Velana International Airport from Istanbul yesterday. The aircrafts used for scheduled flights will have a capacity of 349 passengers, 49 seats in Business Class and 300 seats in Economy Class.

For the safety of guests and crew, Turkish Airlines has specified new criteria and taken new measures in all procedures together with health authorities. The airline developed safety measures to be taken at the airport, during boarding, on the flight as well as when disembarking the flight.

Within 17 days of border reopening, Maldives has welcomed 34 tourists from Turkey. Turkish Airlines first started flying to the Maldives in 2012. The airline flies to Velana International Airport (MLE) in the capital Male serving to 7,5 million passengers in a year. Flights from Istanbul Airport (IST) are operated directly and take nearly eight hours.