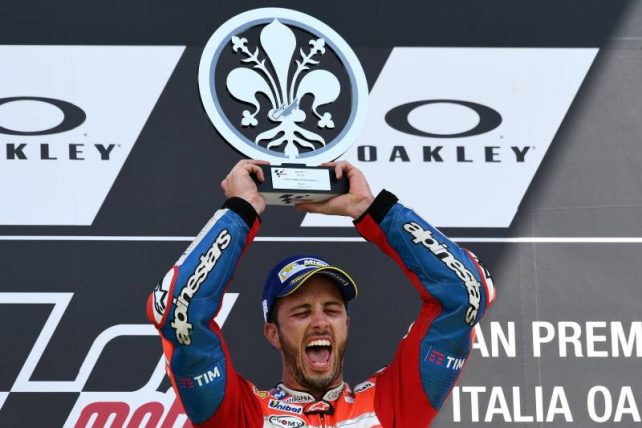 The MotoGP world championship Andrea Dovizioso the athlete who has more than 1.3m followers on Instagram has been indulging in the relaxing nature of Furaveri Maldives.

Andrea Dovizioso (born 23 March 1986) is a professional motorcycle racer who competes in the MotoGP world championship for the factory Ducati Corse team. He won the 125cc World Championship in 2004. He also finished third in the MotoGP class in 2011 and has been a race winner on 14 occasions, the first two coming seven years apart and the next six coming within the space of less than five months during 2017, as he mounted his first premier-class title challenge during his career. He once again finished second behind Márquez in the 2018championship, winning four races. Dovizioso once again finished runner-up to Márquez in 2019, having won two races as of late October.

Furaveri Maldives is a tropical 23-hectare coral island, Furaveri is situated in the exotic Raa Atoll, about 151km north of the capital city, male’. Furaveri is just a mere 45- minute scenic seaplane ride away from the international airport. Domestic plane transfers are available from the nearby Dharavandhoo and Ifuru airports, which takes 20 minutes, followed by a 45-minute speedboat ride to the Furaveri Maldives.